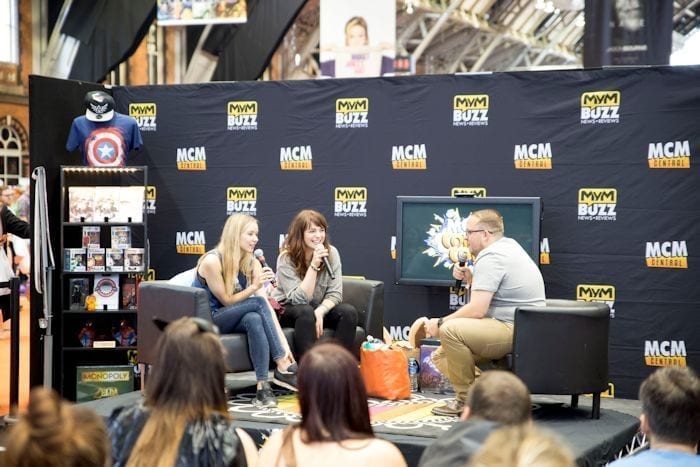 If you see Marvel characters on the metro or Batman on the bus this weekend, don’t worry. You’re not hallucinating. Probably.

Because Manchester is being taken over by comic fans for what is set to be the most impressive MCM Manchester Comic Con yet.

It’s the annual pop culture extravaganza packed with films, comics, gaming, anime and much more where people dress like their favourite comic and gaming characters and get to meet their idols too.

Headlining this year is Manu Bennett, who stars in Arrow, the hit CW superhero show. You may have also seen him in The Hobbit trilogy and Spartacus.

And fans of Doctor Who will be be able to meet the stars from not one but TWO spin-off shows – Greg Austin, Vivian Oparah and Sophie Hopkins from the series Class and Gareth David-Lloyd and Kai Owen from Torchwood.

Also in the line-up are actress Denise Crosby from Star Trek and X-Men screenwriter David Hayter.

And the team behind the Alan Partridge fan podcast Monkey Tennis will be celebrating the one-off episode Scissored Isle, set largely in Manchester, with a special live show.

The massive venue means there will be lots of things to see and do throughout the two days. Artists and writers showcasing their work at the Comic Village will include Jess Taylor, Gary Erskine and Jack Lawrence.

The star-studded vibes continue as panel discussions with special guests will be taking place in the MCM Theatre and there’s a photoshoot schedule so you can have your picture taken with them.  At least there’s no need to worry about your hair if you’re cosying up for a photo next to The Incredible Hulk.

This year there’s also a special panel with Sunday Times best-selling author Simon Scarrow and his former student-turned-writing partner, Lee Francis, as they discuss what makes a best seller.

But what matters most is the dressing up, right?  There are daily Cosplay masquerades for people to show off their costumes. Guests at previous Manchester events have come as superheroes, anime characters and even Daleks.

Plus there’s an ever-growing range of exhibitors so you can browse the stalls and pick up the best merchandise. Exhibitors include Universal Pictures, Forbidden Planet International, Manga Entertainment and Anime Limited.