Fancy a brew? Behind the scenes at Manchester’s latest craft brewbar

It wasn’t so long ago that the biggest problem you’d encounter when ordering a drink was trying to get the bartender’s attention.

But thanks to the craft beer revolution, you’d be lucky to get a word in edgeways now, given the overwhelming number of beer choices at your disposal. With their radical flavours, the new breed of creative young brewers are making people sit up and take note of beer again.

Located on First Street alongside HOME, Gasworks opened its doors in October and is the latest concept from the team behind The Dockyard pubs. 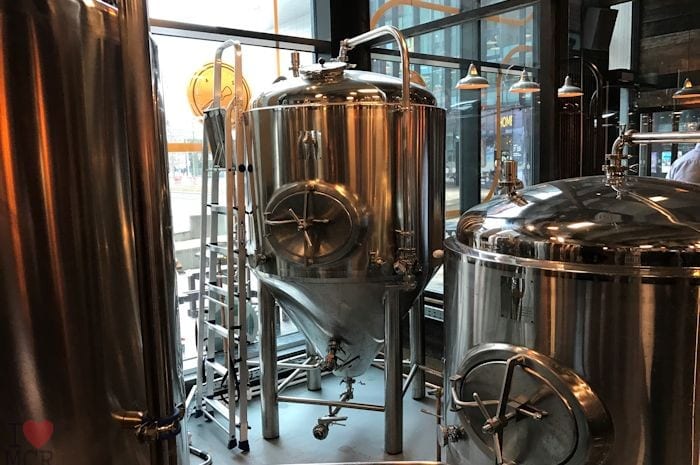 In case you haven’t been there, it’s got its very own six-barrel microbrewery housed directly behind a glass wall where you can watch your favourite brews being made all day long.

When I was invited to a master class using their state of the art brewing machinery, how could I possibly refuse?

From barrel to bar only takes a few steps, but if that’s still too long a wait you can cosy up at one of the many tables and booths dotted around the venue. The wood and metal surroundings give it an industrial feel, but for all its apparent coldness there’s an air of warmth thanks to the hued lighting and friendly atmosphere.

From the outside the brewery looks on the small side but when you’re actually in there it feels quite the opposite. A large part of this is a result of the organisational skills of head brewers Luke and Matt, with the whole process feeling very natural and efficient. 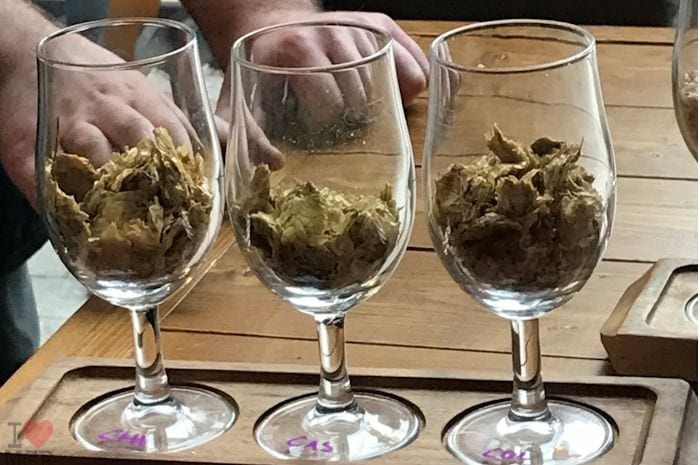 Even with the hulking metal vats surrounding us, there was still plenty of space even with ten of us in the room. Once we’d all settled, the brewers took their places and walked us through the brewing process one step at a time.

Firstly, the water is heated to 78C in the hot liquor tank before transferring through the pipes to the mash tun. Think of this as a giant kettle brewing your water and at the same time  ridding the tanks of any unwanted bacteria.  “90% of brewing is cleaning,” they explained.

As the boiling water makes the short journey to the mash tun, crushed grains are then added to the water to be “mashed” into the mixture. This is done by hand and is something of a workout in itself. Trust me on this.

Once you’ve removed any clumps, the liquor – brewer’s slang for water – rests at a temperature of 68C in order to convert the grains into sugars for fermentation.

An hour later the mixture is sparged (look it up) and the liquid is then drained into the kettle, where it will then be brewed in the fermentation vessels before moving to the tank.

One brew is about 1000L (around 860 pints) but The Gasworks can ferment up to 2000L and store an extra 2000L. In other words, they can produce 4000L at any given time. The brew is ready when the gravity is at the expected level (when the sugar is converted into alcohol).

Operations manager Youssef Spiro was more than happy to educate us on the various processes of brewing, explaining that at the end of the day, “we just want good beer.” 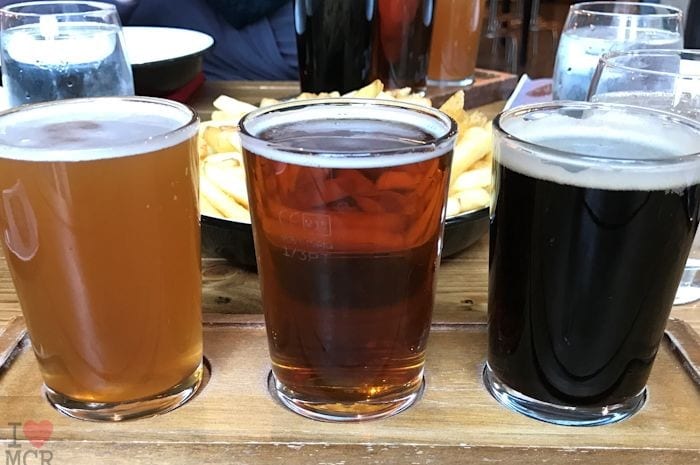 And good beer they have, not least their very own Refectory Pale Ale which outsells their other beers by a whopping 2 to 1.  Here’s what it contains:

For all the science behind brewing, a lot of it comes down to simple preference, he explained. In order to create their distinctive taste, the brewers chose ingredients that people would be familiar with, while many even sampled from their own favourite beers. So don’t be surprised to find some big, fruity American hops in there.