Expect the unexpected: Paul Foot and his pig comes to Sale Waterside

Paul Foot is, by all accounts, a peculiar fellow.

Foot appears regularly on panel shows such as Never Mind the Buzzcocks, 8 Out of 10 Cats and Would I Lie to You? but his distinctly absurdist style and aversion to popular culture make him stand out from the crowd.

Asked where he finds inspiration for his numerous flights of fancy, Foot is characteristically unorthodox in his reply.

“Truth be told, I am not entirely sure what inspiration is. The humour mostly just comes from out of my head, which is the part of me that contains my mind.

“I do remember that my dad was a very funny man though. He used to drop pies on the floor regularly and then scream and shout ‘Argh I guess I’ll have to eat that one now.’ Maybe that is my inspiration.”

Foot’s antics throughout the years have become legendary in comedy circles. He has a dedicated and loyal fan base, known collectively as The Guild Of Paul Foot Connoisseurs.

The Guild, which can be joined through Foot’s surreal website, offers connoisseurs a chance to attend secret shows, picnics and guided tours.  Foot even held his own arts, music and crafts festival in London in 2009, aptly named The Paul Foot Festival.

Foot has a strong affinity for Manchester. He thinks Manchester comedy audiences are ‘always top quality, real cutting edge comedy fans’ and has a particular liking for Salford Quays, which he describes as ‘very beautiful, with all the lovely water and geese and seagulls and that.’

He’ll have plenty of opportunity to enjoy the aquatic wildlife when he performs just down the road at the Waterside Arts Centre in Sale later this month.

His new show ‘Tis a Pity She’s a Piglet takes inspiration from nature. Asked about the titular piglet in the show, Foot’s reply is typically outlandish.

“The piglet is none of us and all of us. It is our deepest fears and darkest motives. The piglet lives in the mud of our society and eats the slops of our culture. Either that, or it is just a piggy I met on a farm on the outskirts of Stafford. It lived with an alpaca and 34 chickens.”

What can people expect from the show?

“They can expect the unexpected. No one can predict what will happen in my shows. Even I am sometimes caught off guard by the humour. The only thing they can expect is to laugh. That is the Paul Foot guarantee and, after all, the whole point of the show.” 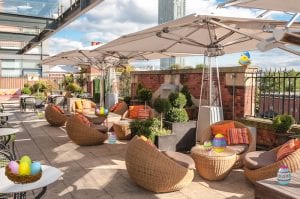 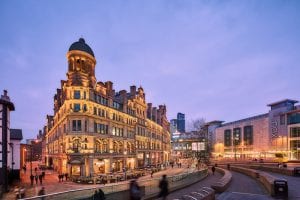 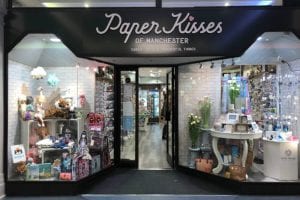