Exhibition celebrates one of Manchester’s most remarkable residents 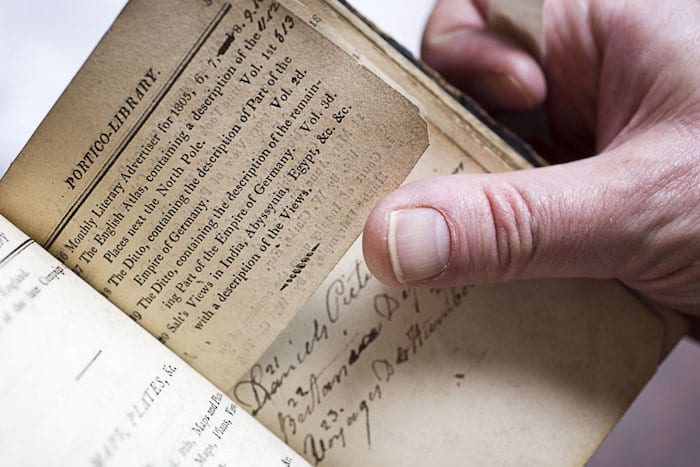 Ask someone to name some famous people who weren’t born in Manchester but who lived here for part of their lives, and the names that would probably spring to mind would be Engels or Alan Turing.

One name that probably wouldn’t be mentioned, even though one of his works is probably on the bookshelves of thousands of students of English all over the world, is Peter Mark Roget.

The man behind the famous thesaurus lived and worked in Manchester at the beginning of the nineteenth century.

Roget’s contribution to the English language is hard to overstate, with over 30 million copies of his thesaurus published since 1852. It has never been out of print.

But although he is best known for his thesaurus, he was also a physician, inventor, linguist and mathematician.

His achievements are remarkable and diverse, from groundbreaking work in medicine and metrology (the study of measurement) to serving at the Royal Society. His influence can also be found in the development of film and computing.

Whilst in Manchester, Roget played an important role in founding a medical academy and  held the position of chief surgeon at the Manchester Infirmary from 1804-1808.

He left Manchester in 1808 to teach at the London Medical School.

Roget was vice-president of the Manchester Literary and Philosophical Association for two years and became the first secretary of the Portico Library in 1806.

In So Many Words: Roget’s Thesaurus and the Power of Language is a free public exhibition and events programme at the Portico Library featuring new works by three contemporary artists – Jez Dolan, Rowland Hill and Jonathan Hitchen – who have created new works based on research into Roget’s legacy.

The exhibition will open with a free public preview from 7pm on Thursday 29 March, and will continue after the Easter weekend from 3 April to 12 May 2018.

Preceding the opening event on 29 March, Nicola Dale’s artist film, Close Readings, will premier at Manchester Art Gallery at 6pm. Made during her residency at The Portico Library, it shows the results of her research into literary archives around the UK, and her unique response to their structures.