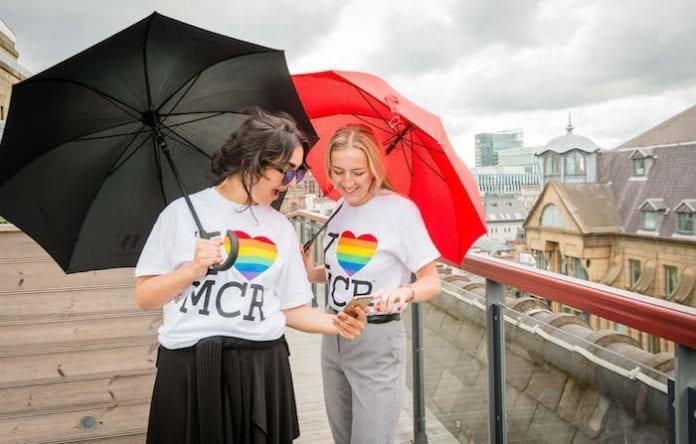 It won’t be long till LGBT supporters from around the world get together for Manchester Pride’s annual Big Weekend festival.

The four-day extravaganza, which is ranked 9th out of the top 50 global Pride destinations, is set to be the biggest yet, with international music artist Rita Ora topping the bill.

It’s a celebration of Manchester’s diversity and acceptance of its growing LGBT+ community.

It takes place over the August Bank Holiday weekend – Friday 24th-Monday 27th August – with the centrepiece of this mighty celebration, the Pride Parade, making its way through the bustling streets of Manchester on Saturday 25th.

This year, Manchester Pride is inviting us to run away with the circus as our city centre streets are transformed into a carnival with an array of weird yet wonderful performers, acrobats, drag acts and much more for the annual Pride Parade on Saturday 25th August. Setting off along Liverpool Road, the parade passes by the Town Hall and around the Gay Village before ending on Whitworth Street. The event welcomes over 200,000 supporters and features over 150 entries of both floats and walking parties from community groups, businesses and national charities.

Parade regulars include the cast of Coronation Street, who last year led an emotional tribute to Manchester Arena bombing victim Martyn Hett. Expect to see many of the show’s cast members making appearances on stage and at various events throughout the festivities. In previous years, the parade has been led by prominent figures in the LGBT community including Sir Ian McKellen, Orange Is the New Black actress Lea DeLaria and Manchester’s first openly-gay Lord Mayor, Carl Austin-Behan. This year’s parade leader is yet to be announced but if past years are anything to go by, we have high hopes for the guest of honour. 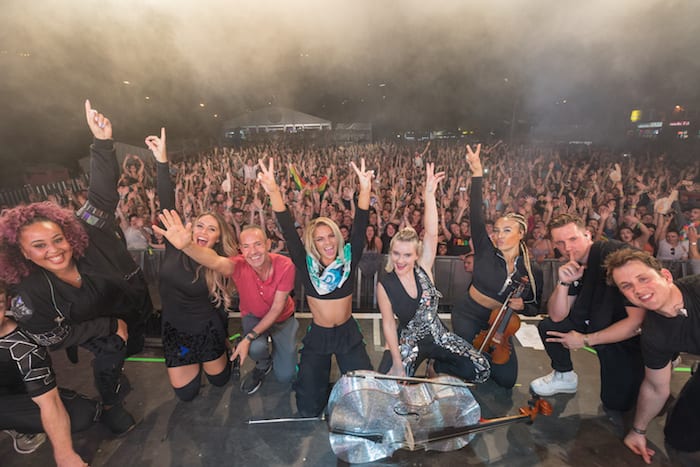 Over the course of the Big Weekend, Manchester Pride welcomes artists and performers from all around the world. This year, the festival is made up of three main staging areas – the Thomas Cook Airlines Stage, the Gaydio Dance Arena and the Sackville Gardens Boutique Stage – all of which have huge names performing throughout the weekend.

This year’s line-up is the most prestigious yet. Headlining the celebration is world-famous music sensation Rita Ora, who will be joined on the Thomas Cook Airlines Stage by top acts including Scissor Sisters front man Jake Shears, DJ and producer Sigala and X Factor winner Alexandra Burke. One of this year’s most popular events will be bingo rave sensation Bongo’s Bingo which is set to take place on the Sackville Gardens stage. This extreme party version of the classic game features mid-game rave intervals, on-stage dance-offs and eccentric prizes that you wouldn’t find at the local Mecca. And following the success of last year’s Sing-along-Cinema and Silent Disco, both events will be returning to the Big Weekend. Because who doesn’t like a bit of karaoke after a drink or two?

For those of you who like to party on into the early hours, Ibiza’s most talked about event Glitterbox is returning as the official afterparty of Manchester Pride. This 21st century disco mash-up takes place on Saturday night and is set to be a flamboyant production featuring Roger Sanchez, Simon Dunmore, Hifi Sean and Julie McKnight.

Third release Big Weekend tickets are now available and cost £28 for the full weekend and £20 for day tickets.

Superbia is Manchester Pride’s year-round calendar of cultural events which aims to support, promote and curate events by, for and about LGBT+ people to help heighten  understanding. Offering cultural, historical and wellbeing focused events, the Superbia Weekend caters to a wider audience of LGBT supporters. A fully accessible, alcohol-free zone which is free for all to attend, the Superbia Weekend has been an alternative to the Manchester Pride festival since 2016. The three-day dry event takes place in the former Cornerhouse building near Oxford Road station.

The Candlelit Vigil in Sackville Gardens on Monday 27th August is the final event of the Big Weekend and for many it’s at the heart of the Manchester Pride Festival. It’s a moving and magical gathering which brings people together to commemorate the many lives lost to the HIV virus and show solidarity against the epidemic that still exists in certain areas of the world – and the stigma of HIV that still exists today. The sea of flickering candles and illuminated faces offers a moment of contemplation and reflection which perfectly captures what Manchester Pride is all about.