Even if you’re just making Burgers, Manchester can make you really Famous

In the first of a new weekly column, Simon Binns argues that big can be clever. And fun.

What’s best – an independent spirit or a sack load of cash?

And is it possible to have both?

In Manchester, fledgling brands – in food and drink especially – are having to ask themselves those very questions.

“Almost Famous has already hurtled down the M62 on a wave of Suicide Sauce and social media chaos.”

The Northern Quarter has long been the vanguard of Manchester’s edgy, bohemian, and fiercely-guarded home of independence.

But it’s also incredibly popular – mostly because the vast majority of the operators who exist there are very good, hugely creative and often spot a trend at the right moment.

And that popularity leads to more demand. So now the likes of Odd, Trof, BlackDog Ballroom and Almost Famous have become multi-site – nay, multi-city operators. 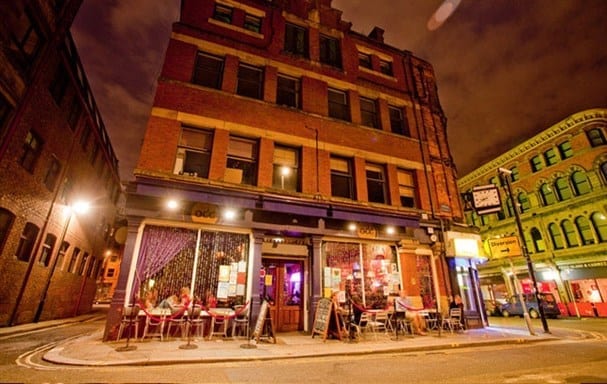 Indies are indies because they are normally started on next to no budget by a person with a vision and invariably, the determination to work 25 hour days, 8 days a week.

But when they take off, a handy bi-product is the generation of cash. Which you can choose to spend on gold-plated trainers and confetti, or open another one of the things that makes the cash. And so it goes.

And so another site opens in a different part of the city. Or you look at other similar cities and take your brand and business to a new audience.

Almost Famous, the nosiest brand from the Beautiful Drinks stable – has already hurtled down the M62 on a wave of Suicide Sauce and social media chaos. IN CAPITAL LETTERS.

They’ve tailored the brand and the way they talk to their customers. And it’s gone down a storm.

They recently told the Manchester Evening News they are looking at “two to three” new Almost Famous openings in the year ahead. And two other ‘food concepts’ for Manchester itself.

Beau Myers, one of the AF masterminds, has no qualms about stacking cash so high that it might actually be visible from space.

And why not? Where’s the shame in making a sack load of cash through something you’re good at. What’s wrong with expansion?

Solita are also opening in Liverpool too and as I understand, may still feel that they have another Manchester restaurant in them. 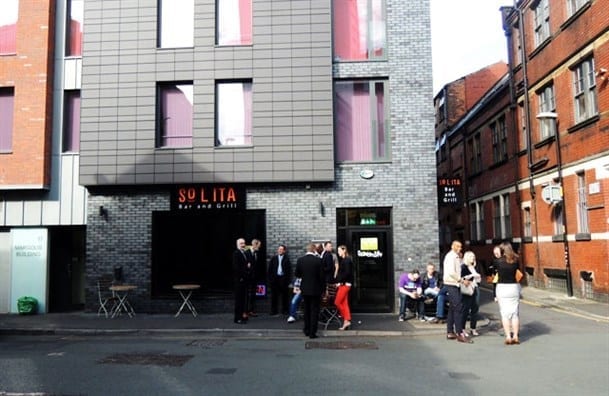 The problem of course is many independents fear becoming the multiples they once criticised when just starting out. It’s an odd tension.

There’s a strange tendency to be ashamed of making money as well. Maybe it’s a Northern thing? We don’t like show-offs (except when they’re selling burgers).

But what’s the alternative? Stay worthy and broke? Do riches have to compromise the way you do business, or the way you approach your staff or customers?

Give the people what they want. What more can you do?

It’s great news for Manchester that we have a city so full of entrepreneurs that one venue simply isn’t enough. It’s doubly impressive that the concepts and brands stay fresh and relevant. I hear Five Guys picked the Trafford Centre over the city centre because they felt the burger market was now virtually impenetrable.

Do we want to see Manchester brands rolled out across the UK? The world? Of course we do.

As long as they remember where they came from…