A look at some of our beloved city’s most important anniversaries in 2016 – including iconic gigs, TV history and an event which some believe sparked the transformation of Manchester.

On May 3 1956, one of the world’s best known TV channels began broadcasting to the north of England. Founded by Sidney Bernstein, the channel become known for its innovative programming including Seven Up, a documentary series looking at the lives of British children at seven-year intervals, and of course, Coronation Street, the world’s longest-running TV soap opera in production. The channel’s presenters and news reporters included Richard Madeley, Judy Finnigan and Tony Wilson.

50 years ago: Bob Dylan plays at the Free Trade Hall

On May 17 1966, when iconic singer-songwriter Bob Dylan took to the stage in Manchester he was probably not expecting the gig to go down in rock history in the way it did. During a quiet moment in between songs, a member of the audience shouted “Judas” at Dylan in response to his controversial move to start using an electric guitar. Manchester law student John Cordwell became the most famous heckler in the history of popular music.

40 years ago: Sex Pistols at the Lesser Free Trade Hall

A decade after the Dylan concert, another legendary gig took place in Manchester – one known as ‘the gig that changed the world.’ The date on which it took place – June 4 1976 – is called the day the punk era began, inspiring a new generation of musicians to start their own bands. The handful of people who were there there included members of the Buzzcocks, Bernard Sumner, Peter Hook and a young Steven Morrissey. Some argue that it’s impossible to place this single event as the catalyst for the development of Manchester’s music scene but the legends around the show live on. 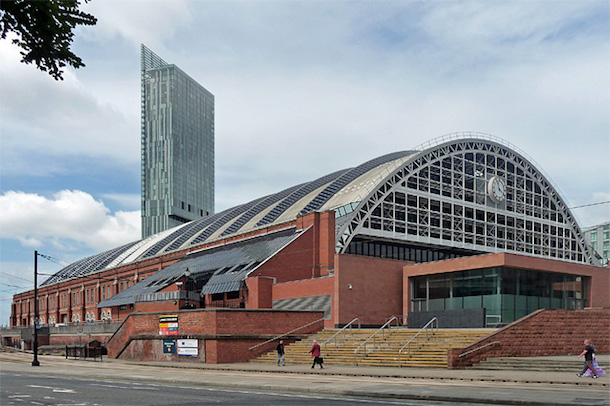 On March 21 1986, the former Manchester Central Station reopened as the Greater Manchester Exhibition Centre – GMEX for short. Officially opened by the Queen, the building went on to host a variety of events and gigs, with the first and last shows at GMEX both featuring Morrissey. It reverted to its original name in 2007 – although there are still many who refer to the site as GMEX.

15 June 1996 was expected to be like any other Saturday in Manchester city centre. But a 1,500kg bomb changed everything. Placed in a van on Corporation Street by members of the IRA, the bomb was detonated at 11.17am and caused millions of pounds worth of damage in the city centre. As a bomb threat had been called in, the area was evacuated in time so there were no fatalities – although more than 200 people were injured. Following the bombing, large areas of the city centre were redeveloped and modernised. 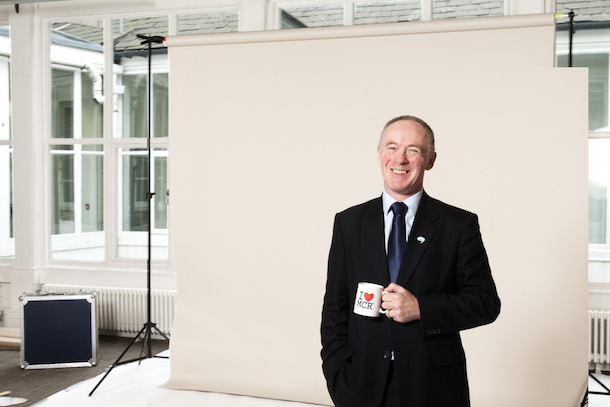 One of the city’s longest standing leaders, Sir Richard Leese – he was knighted in 2006 – took up office on May 20 1996. Just weeks later he was faced with one of the most significant events to ever happen in the city…

Manchester’s skyline changed forever in 2006 with the completion of work on the city’s highest building. The Beetham Tower stands at 168.87 metres high and has 47 floors. It’s home to the Hilton Hotel, cocktail bar Cloud 23 and more than 200 luxurious apartments.

After more than 30 years, Manchester’s arthouse cinema the Cornerhouse moved to a new site following a merger with the Library Theatre Company. The two organisations joined forces to create HOME. The new venue includes two theatre spaces, five cinema screens, a gallery space and a restaurant. It was officially opened by patron Danny Boyle in a spectacular ceremony on May 21 2015.