Dust off your stilettos and break out the gold hot pants: The Rocky Horror Show returns to Manchester 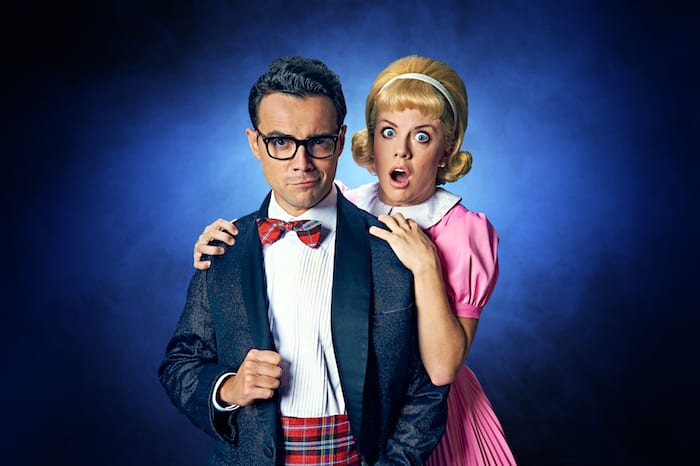 Dust off your stilettos and break out the gold hot pants – the moment you’ve all been waiting for is finally here.

Mancunian theatre lovers better start planning their outfits, because The Rocky Horror Show is soon to embark on a year-long national tour which will see the show arriving in Manchester in January. And we can practically hear the whole of Afflecks jumping for joy.

The legendary cult classic is a critically-acclaimed musical hybrid blending together sci-fi, horror and comedy. And since first opening in 1973 at the Royal Court Theatre in London, Richard O’Brien’s musical has become a world-famous production and for the past 45 years has travelled to over 30 countries and been translated into 20 different languages.

Joining them on the tour is Rocky Horror legend Kristian Lavercombe, who will be reprising his role as Riff Raff following more than 1300 performances in the hit production all around the world.

For those of you who have been living under a rock for the past 45 years and haven’t yet seen this production either on screen or stage – here’s the lowdown.

Rocky Horror tells the story of Brad and his fiancée Janet, two squeaky clean students who meet Dr Frank’n’Furter by chance when their car breaks down outside his house whilst on their way to visit their favourite college professor.

It’s an adventure the pair will never forget, packed full of fun, frolics, frocks and frivolity, and bursting with amazing original songs and completely outrageous outfits.   The show is basically a huge transvestite party which hugely encourages audience participation – and yes, that does also mean dressing up in the most outrageous costumes possible.

The smash show features famous tracks that have made Rocky Horror a household name, including Sweet Transvestite, Science Fiction/Double Feature, Dammit Janet and, of course, the time-honored classic, The Time Warp.

Notorious for its naughty moments, The Rocky Horror Show is a bold production that’s guaranteed to leave audiences in fits of laughter. And if you’re not singing along by the end, then there simply must be something wrong with you.

“I love the show so much it inspired me to write my own musical, Eugenius!” says Ben Adams.

“Joanne and I make quite a team and I’m sure that the whole cast will be raising the roof night after night as we perform for all the amazingly devoted Rocky fans. Bring on the stilettos!”