The owners closed its doors earlier this summer after six years to turn the Bow Lane bar into a haven for retro gamers, switching out booth seating and long tables for a wall-to-wall line-up of golden age games.

And whilst we’re sad to see the popular casual dining spot go, what they’ve replaced it with looks pretty mega.

Avid gamers will be impressed with the selection, which includes some games that can’t be found anywhere else in Manchester.

Rarer new games include Hyper Sports, the sequel to 1983’s Track & Field where you take on Olympic events like archery and pole vault, Nintendo’s legendary Pop Eye game, and Ghosts ‘n’ Goblins, where you must defeat zombies, ogres, demons, cyclops, dragons, and other monsters.

And of course, we have to give a shout out Street Fighter 2 – credited with popularizing the fighting genre and since spawned Mortal Kombat, Tekken and Soulcalibur.

And they’re still expecting six more to come in soon – including PacMan. 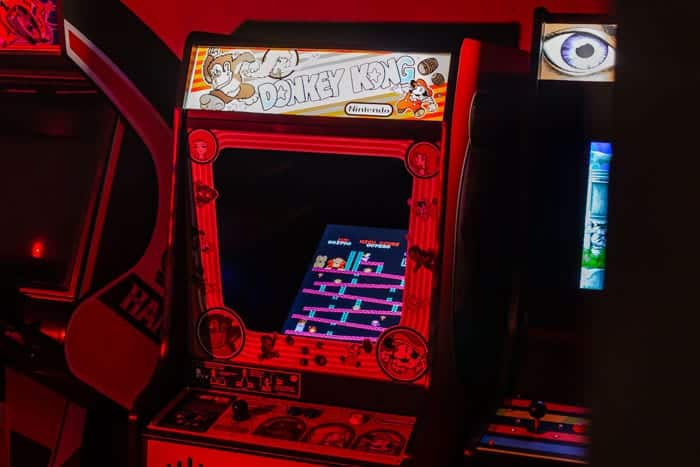 On the drinks front, the team, previously behind top cocktail bars Socio Rehab and the magnanimous Corridor, have also created a host of new retro concoctions. There are no Old Fashioneds or Negronis to be found here, but they’re still managing to offer ‘booze on booze on booze’ instead of their old ‘carbs on carbs on carbs’ offering.

Drawing inspiration from days spent tending the bar at TGI Fridays back in the 80s, they’ve revived the once huge FBI (Frozen Black Irish) – a fun but lethal-sounding mixture of vodka, coffee liqueur, Irish cream, and vanilla ice cream that comes served in an epic sundae glass.

It appears alongside other old school favourites as the Pina Colada, Appletini, Long Island and Amaretto Sour. And in a real nostalgic burst, they’ve also added the Blastaway in homage to what we’re told was the original turbo shandy.

Apparently, people used to have a bit of a penchant for mixing half-pints of Castaway (a predecessor to Hooch) with cider all in the name of getting turbo-trollied.

Apparently, it’s been well received by customers so far, bringing back some fond – if rather fuzzy – memories. 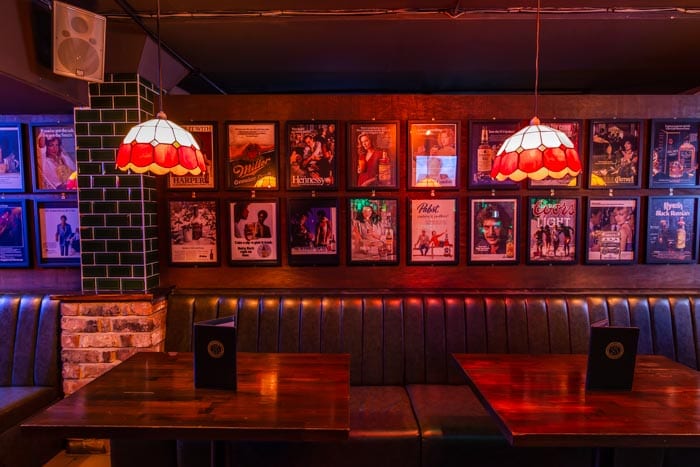 Fans of the casual dining spot might be shocked at the transformation but the change has been on the cards for a while. The owners recognised a growing demand for experience-led bars and decided it was time for a refresh. 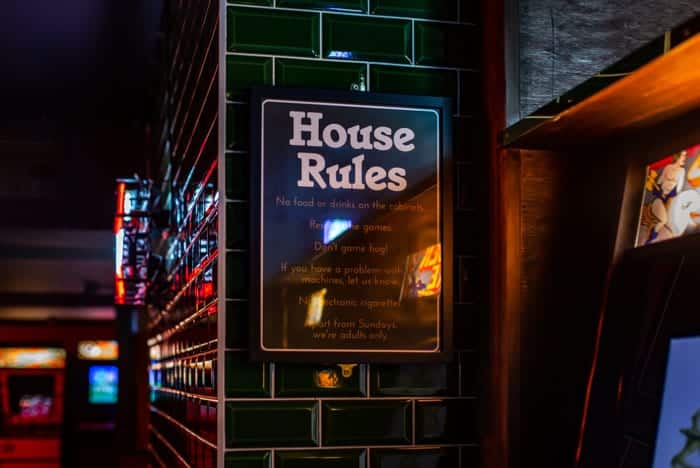 The move into arcade gaming shouldn’t, however, be a total shock. Followers of the old pizza and hot dog parlour will know their downstairs bar 17 Below has long been a mecca for Manchester’s gaming fans.

One of Manchester’s original arcade bars, it opened quietly in 2016 but has gone on to inspire others to open similar concepts around the city such as NQ64 and Seven Deadly Sins in the Northern Quarter.

Now they’ve doubled down on their love of retro, creating what looks like the ultimate city-centre gamers paradise. Two floors, two bars, retro cocktails, crisps and some of the best arcade games in Manchester.  What’s not to like?

All the arcade games at Saloonville are free to play until Sunday 15th September.  After that, it will set you back just £5 for 20 tokens.