Does Labour-voting Manchester do better under a Conservative government? 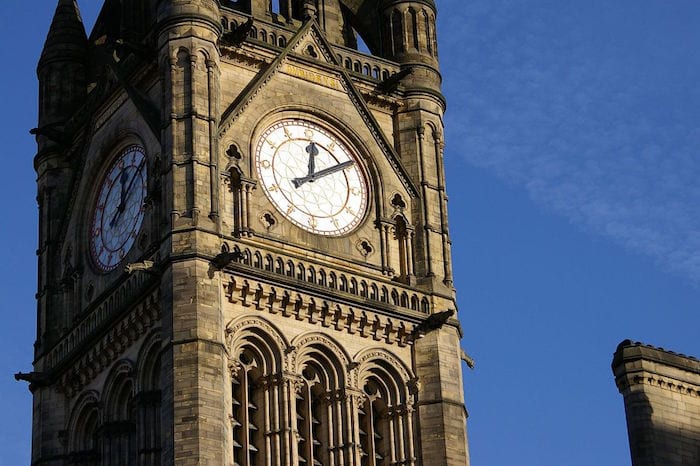 It’s bound to be a controversial claim with a General Election just weeks away, but there’s evidence to suggest that since Manchester town hall’s “surrender” to Margaret Thatcher’s Conservative government in the wake of her landslide victory of 1987,  the city has done very nicely thank you very much, particularly since the Iron Lady’s fall in 1990.

The city made great strides forward when the town hall’s former hard-left Labour bosses did their political somersault and began collaborating closely with John Major’s Conservative government from 1990 aided by the return from exile of Michael Heseltine.

Who says so? None other than the man at the centre of the city’s beating heart throughout the period – Sir Howard Bernstein, who recently stepped down after almost 20 years as the city council’s chief executive. In the years before that he was deputy chief and Graham Stringer’s right hand man as the city emerged from its self-imposed political isolation.

In fact, in a remarkable recent interview with the Guardian newspaper, Sir Howard went further, suggesting that not only was Manchester given a hard time by Labour in Whitehall, but was actually “punished” for working with the Tories.

In the run-up to Manchester hosting the 17th Commonwealth Games in 2002 – a great success that not only put the city on the international map but also paved the way for the London Olympics of 2012 – its budget  often appeared to be in crisis.

They were being difficult? “Oh God, yeah. Labour ministers didn’t want to give us much money. It was, ‘It’s your Games, you bid for it, you fund it.’ It was ultimately Tony Blair who intervened and said, ‘We want this to be a success – why are we giving these guys such a difficult time?’”

The story that went round at the time was that it was only the eleventh hour arrival in the city of Cabinet Office minister Iain McCartney with a proverbial suitcase full of cash that enabled the spectacular opening ceremony to be funded.

Sir Howard claimed in his Guardian interview: “Because of our pragmatism in working with a Conservative government, particularly during the late 80s and early 90s, it was another example of how Manchester was seen by some people in the Labour government: ‘Well, you sold out to the Tories.’”

Asked whether that was clear from Labour’s attitude to Manchester he added: “Absolutely. John Prescott [deputy prime minister] spent most of his life telling me that on a daily basis: saying that there were things we were denied, in terms of support, which were only rationalised on the basis of, ‘Manchester should be punished for working with the Conservatives’.”

What was Manchester denied? Metrolink’s Big Bang extension for one thing, cancelled by Alistair Darling and only put back on the table in return for congestion charging.

Then Labour’s Arsenal-supporting secretary of State for Culture, Media and Sport, Chris Smith, compounded the double-cross that saw Wembley chosen over Manchester as the venue for the new national stadium by reneging on the promise that it must have an athletics facility. New Wembley cost an eye-watering £757m, opened years late and – because it was built without an athletics track – was not fit to host the 2012 London Olympics. They had to build another one.

By contrast, Manchester’s bid for the Olympic Games was enthusiastically supported by the Major administration. During his premiership, the Manchester Velodrome – £ for £ the most successful gold medal “factory” in the history of sport – was opened and the Manchester Arena was completed with the aid of a £35.5 government grant.

Major also flew the flag for the city in Monte Carlo when the 2000 Olympic venue was decided (the winner was Sydney) and the Commonwealth Games bid was conceived.

And it was Heseltine’s City Challenge initiative, a perfect fit for Manchester’s ambition to regenerate Hulme, that provided a pump-priming £25m, matched many times over by the city’s ability to attract private funding. Perhaps Major and Heseltine got on well with their friends in the north for, as it turned out, they had precious few in the Conservative party.

The paradox is that the last Manchester Conservative MP, Fred Sylvester, lost his seat to Labour as long ago as 1987, ironically the same election which gave Mrs Thatcher her third successive victory. And the Tories have been without a single Manchester councillor – apart from the brief stint of a defector from the Lib Dems – since 1995.

It almost goes without saying that the odds on Labour’s Andy Burnham becoming Greater Manchester’s first elected mayor are currently 1/7.