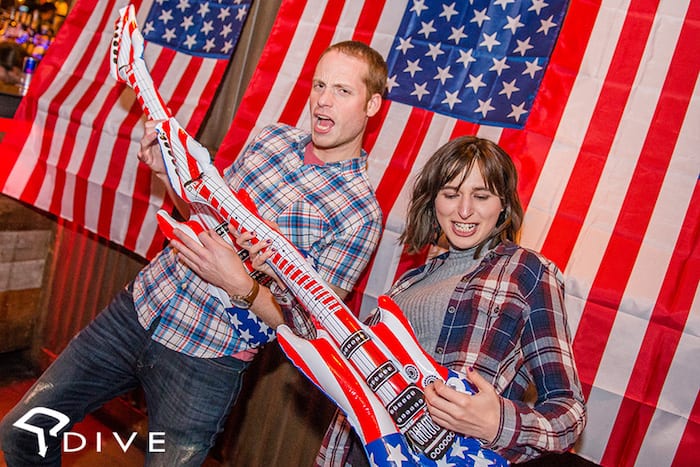 If you ever needed any proof that time just flies by, consider this: Dive NQ is officially one year old. Yup. A whole year.

That’s 365 days since this basement bar set up shop on Tib Street and announced itself as the next big thing in Northern Quarter, which is just about as disconcerting as it gets. I know I’m not alone in feeling like the venue only opened its doors a matter of weeks ago.

Nevertheless, standing in Dive NQ amid the birthday celebrations on Friday evening, it was hard to feel too concerned for the whereabouts of 2016, or any other year for that matter. The venue was evidently so happy to be turning one, all of a sudden it seemed as though the last 12 months shooting by in a blink of an eye wasn’t necessarily such a bad thing. Sure, the milestone had come around with alarming speed, but instead of shaking their heads in disbelief, the folks at Dive NQ roared in delight at the arrival of their very first birthday and invited everyone in Manchester to roar right along with them.

The timing couldn’t have been better either. Dive NQ’s annual party tied in with Thanksgiving week – and the venue rejoiced with the same kind of energy as our transatlantic cousins were doing on the other side of the pond.

They even produced a giveaway on the Thursday that Uncle Sam would have been proud of: dishing up 100 FREE giant American-style burgers. A stellar line-up was also arranged for the evening, with October Drift, Larkins and Plastic House all playing sets that had the basement rocking.

But this was all just the build-up for the big birthday party on Friday – a marathon-length celebration that kicked off in the early evening and didn’t wind down until just a few hours before sunrise. 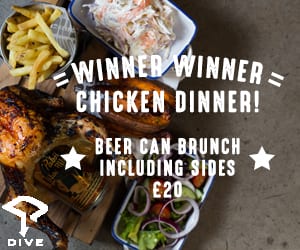 The first 50 guests were treated to a free glass of fizz as they walked through the door, with the busy bar staff shaking, stirring and serving special birthday cocktails all evening. The entire venue was wrapped in a colourful American cloak, with rows of flags weaving their way around the lengthy bar, sponge footballs sitting on tables, and red/white/blue balloons tied to pillars and posts across the basement. It was like stepping inside a United States-themed time capsule with the atmosphere slowly moving from effervescent anticipation to boisterous fun as the night wore on.

As the clock ticked towards midnight, staff swooped in to clear the tables at the back of the venue and open up a generous dance floorwhich didn’t take long to fill up nicely.

The Northern Quarter isn’t usually considered a clubbing spot. Peeling back the curtain in Mint Lounge on a Saturday evening will usually reveal a full floor of people flexing their limbs to the sounds of Marvin Gaye, but otherwise, there aren’t too many other monster dance floors in this part of town.

Dive’s success can be attributed to the way they’ve broken the mould. They offer a big space for dancing at the far end of the basement, but one that doesn’t spill out too far across the rest of the venue or affect those who simply want to drink, dine, or watch the football on the television screens.

It caters for all crowds, and in doing so has made itself an extremely popular place to be. Sports, grub, gigs and dancing, this NQ venue offers them all, all wrapped up in that famous red, white and blue flag bearing stars and stripes.

Loud and proud yet achingly cool, Dive NQ is a confident drinking den with a little bit of everything. Their first birthday celebrations were unabashedly enthusiastic and hell of a lot of fun, and whilst this venue might be one of the younger spots in Manchester, it certainly showed on Friday night that it knows exactly how to celebrate.

You shouldn’t ever wish away time, but it’s tricky to avoid counting down the days until Dive’s next bash. These guys can put on a party.