Dear Manchester United: What Exactly is the Plan?

Any hope of success for United could be dashed in the next two weeks. Jonny Swindlehurst asks the question many fans have been asking for a while. What is the plan? 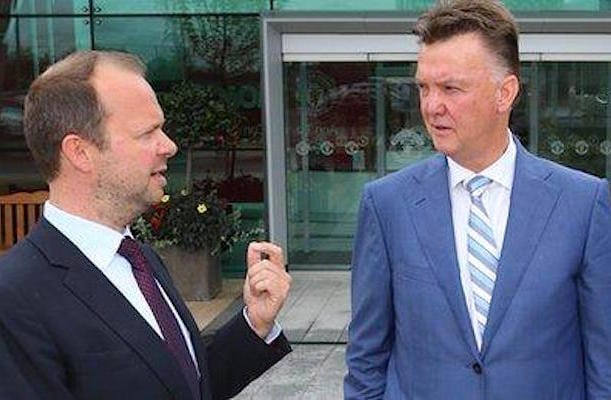 I’m not going to lie, I really thought the win against Arsenal would prove the catalyst for an end of season push for the top four. But with this weekend’s loss at West Brom any hopes have come crashing down to earth.

“Ed Woodward is coming to the end of his third season at the United helm and no one seems any wiser about what he’s actually trying to do.”

It’s far too easy to pin the blame on Juan Mata for his stupid sending off. It clearly impacted proceedings and nullified any attacking threat, but in reality we were pretty terrible before that. Against Arsenal, the manager sent his team out with what appeared to be clear attacking intent.

This Sunday we were back to a lack of cutting edge, bizarre substitutions and no willingness to go for it – why no Fellaini late on?

We lost the chance to start building momentum, going into what could be the most vital two weeks of the season.

United now face Liverpool over two legs in the Europa, with an FA Cup Sixth Round tie with West Ham at Old Trafford sandwiched between, before they visit City in the league. Any vague hope of Champions League football next season could be in tatters. And probably will be.

So as we meander to sixth place obscurity it seems the appropriate time to ask the questions. Where are we going? What is the strategy? And how are we going to execute it?

Everyone knew Pep Guardiola was going to City. It was the worst kept secret in football. But that’s because it was the culmination of a four year strategy put in place by their ex-Barcelona top-brass.

Ed Woodward is coming to the end of his third season at the United helm and no-one seems any wiser about what he’s actually trying to do.

He’s executed a scattergun approach to transfer dealings, chasing Europe’s top stars and helping them secure lucrative new deals for themselves at their current clubs. He appointed van Gaal – an ageing manager on his last gig who was the Guardiola of his day 20 years ago. There’s little else.

But Woodward did secure the mammoth 10 year deal with Adidas and has increased our revenue by 26.6%. United are also set to be the first English club to breach revenue records with around £510m this year.

The financial plan is sound. And that’s what the Glazers are about. We may not be competing on the pitch, but we’re smashing our rivals financially. If we continue to do so, the strategy from the top probably won’t change.

There are a few worrying trends seeping out of the lower rungs of Old Trafford, too. Most noticeably the decision this week to put on hold plans for a purpose-built stadium for the youth teams. City have a 7,000 capacity stadium at their Etihad Campus and it’s no surprise youngsters are now opting to join them over United.

The under 18’s lost 13 of 14 games between October and late January, including a 5-1 mauling against Chelsea (Marcus Rashford and all). It also took the club 11 months to find Brian McClair’s replacement as academy head. With Nicky Butt an appointment from within, it begs the question, why so long if youth is such a key part of the fabric of the club?

We’re falling further and further behind our local rivals, as well as the sides at the top of the Premier League. Europe’s elite are so far in the distance. The problems at  the club are top to bottom, with no clear leadership. It seems the fans are the only ones who can see this slide and the only ones who actually care.

United is a great club, built on the history of its football and players, not its commercial deals. So, come on Ed, give us the plan that we deserve.