A new nightclub has opened in Manchester with some really trippy features sure to make your next night out a memorable one.

It’s called Playground and it’s something of a mix between an arcade and a party bar, with a light-up trampoline dance floor and fairground-style grab machines where punters can win a can of beer for as little as £1.

Its DJ booth is a pink glitter tank and the main room is fully lit up from floor to ceiling, with LED blocks above, Tetris pieces on the walls and an LED catwalk underfoot for those who really want to strut their stuff on a night out.

Neon signs adorn the walls and huge booths can accommodate up to 20 at a time. There’s even a hot pink army tank sat on a raised platform just crying out for a good photo op. 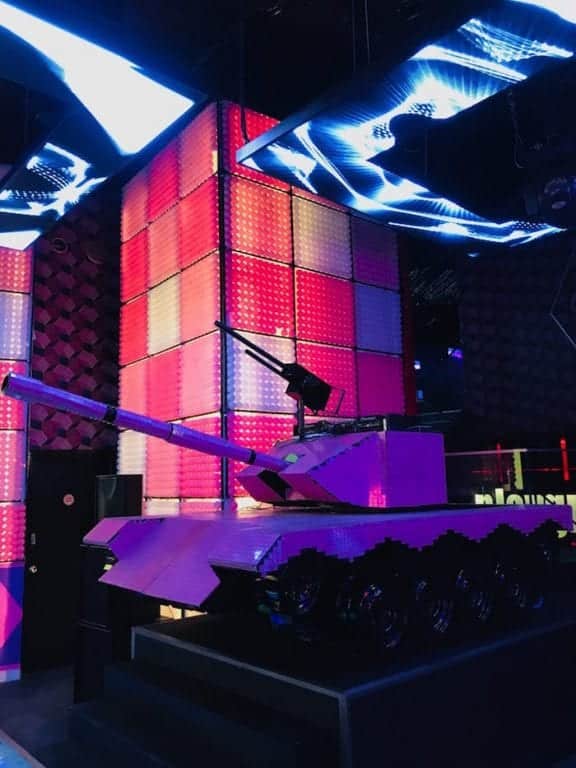 He says he wants Playground to create a space where hard-working Mancunians can relax and rekindle their youth.

“The weekdays are hard enough, so why not play on the weekends in an environment that’s relaxed and fun?” he says.

In the front room of the club, revellers will find spirit potion vending machines. Forget queueing, because these machines turn the space into a self-sufficient bar. If you’re thirsty, simply pick a spirit from the machine then head to the adjacent mixer and ice stations to finish your bev off to your liking. Simples.

It’s cheap, too . A double here will set you back just £4. Bargain.

Alternatively, if helping yourself isn’t your vibe there is always bottle service – which comes delivered to your table in mini glitter tanks to keep the fun levels high. 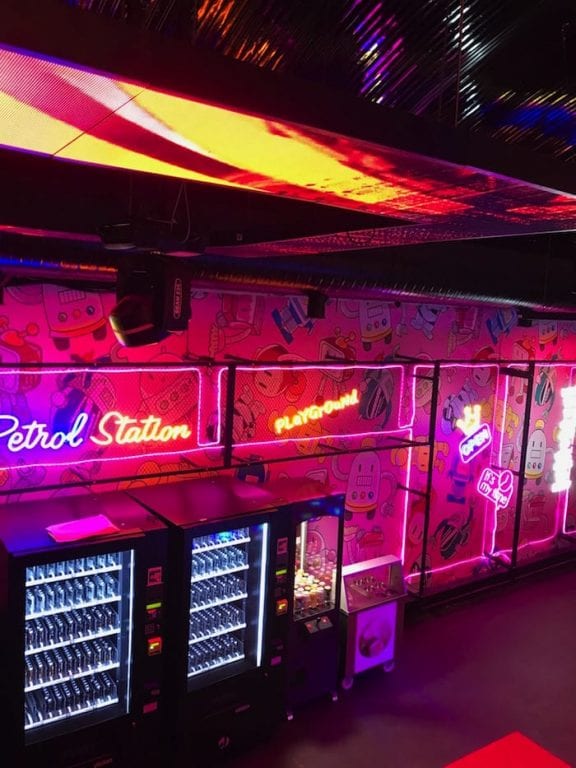 Playground is a proper weekend spot. It’s open on Fridays and Saturdays only.

On Saturdays it hosts commercial night VIBE, playing a mix of R&B classics and mainstream chart hits. Fridays, however, promise a more eclectic rotation of mainly international music-led events such as Latin or Afrobeat parties.

For anyone who wants to let their hair down and not take things too seriously, Playground is the place to be. Admission varies but it ranges from £4 to £8 depending on the event.