Corrie spoilers: new arrivals and more secrets and lies ahead in Coronation Street 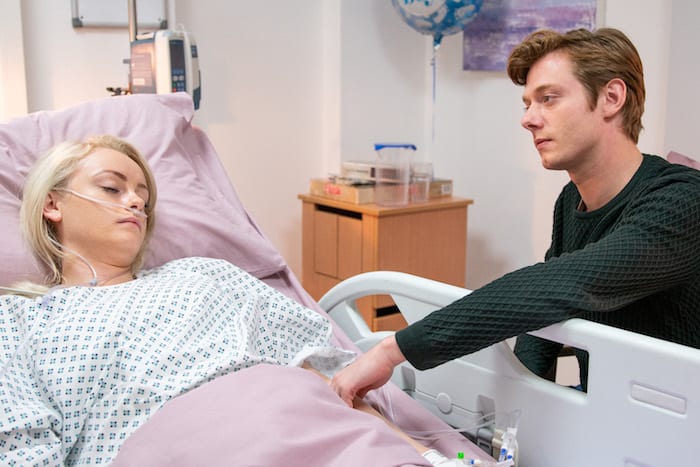 As the residents of Weatherfield welcome a new arrival, it appears another Corrie couple are planning the next new baby.

Although, as ever on Coronation Street, nothing is quite as straightforward as all that. Expect plenty more secrets, lies and misunderstandings in the week ahead.

Here’s your episode-by-episode guide to what’s happening on the Manchester-set ITV soap.

At the hospital, the oncologist breaks the news to Sinead and Daniel that her cancer has grown, which means she needs radiotherapy immediately and that they must deliver the baby today.

When Beth, Kirk, Carla, Craig, Sarah and Izzy descendants on the maternity ward for an impromptu baby show, Sinead is touched but Daniel finds it all too much and heads out.

Later, with Daniel back by her side, Sinead gives birth to a baby boy.  But as the baby is whisked away to the neonatal unit, Sinead passes out. Is Daniel about to lose everything?

What is Nick hiding?

Nick presents Leanne with a diamond necklace. But when Leanne posts a selfie of her gift online, Elsa confronts Nick and tells him the divorce is on hold as he clearly has more money than he lets on.

Leanne quizzes Nick about Elsa’s visit. Nick plays it down but Leanne’s suspicious, especially when Toyah reveals how a woman keeps phoning the flat and asking for Nick.

Is Sally in real danger?

As Sally sits alone in her cell, she’s horrified by the arrival of Marcia. Marcia pulls out a knife and lunges at Sally who is terrified.

Back in Weatherfield, Tim rails at Imran and Gina for their part in Sally’s wrongful incarceration.

Daniel and Sinead name their baby son Bertie, a nod to Uncle Albert. The doctor breaks the news to Daniel that Bertie has a bowel condition, but when Sinead asks how he’s doing, Daniel covers not wanting to upset her.

David is fuming that the salon is nicked from under him

Gary breaks the news to Audrey that it’s going to cost thousands to fix the dry rot in her house. Devastated, Audrey realises she’ll have to sell the salon.

Audrey summons Claudia and suggests she might like to buy her share of the business. Claudia jumps at the opportunity but when David returns he’s furious to discover Audrey has sold out to Claudia. David loses his temper and tells Claudia she can stick his job. By the looks of it, in the most extraordinary way!

Are Tracy and Steve planning another baby?

It started out as a joke, but could Tracy and Steve really be planning on have another baby? Earlier in the week viewers will see Tracy being encouraged to tell Steve she wants another baby – in a bid to try and cool his newlywed libido. But by Friday’s episode we will see the McDonalds seriously considering whether to have a baby.

When Tracy muses that having another baby might be a good thing, Mary points out she should consider Amy’s feelings too.

As Steve and Tracy make a list of the pros and cons of having another baby, they’re interrupted by Amy who makes it clear she thinks it’s a terrible idea.