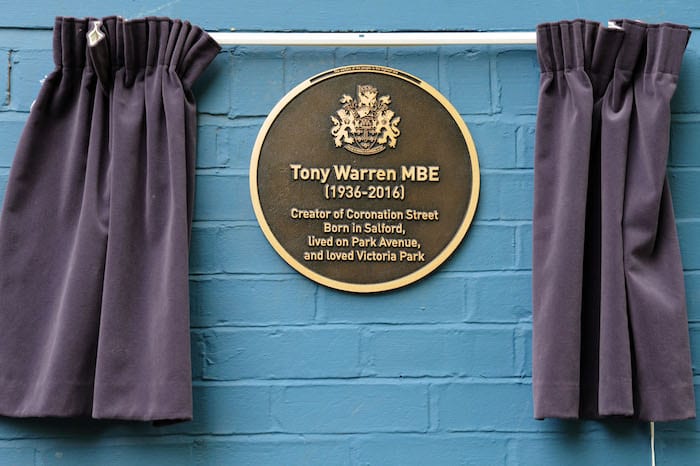 Better known as Tony Warren, Anthony McVay Simpson MBE (8 July 1936 – 1 March 2016), was the creator of Coronation Street, the world’s longest running continuing drama. Now, he is being commemorated with a heritage plaque in his hometown.

Dave Tucker, close friend and executor of Tony’s will, along with Salford’s City Mayor, close friends and some well-known faces, will unveil the plaque at the Gatehouse at Victoria Park in Swinton where Tony lived most of his adult life. Tony lived on Park Avenue, adjacent to the park, for many years.

“Tony was a fantastic man who genuinely had an interest in anyone that he encountered,” said David Tucker of Tony Warren’s estate.

“His knack for putting everyday drama down on paper and bringing it to life on our TV screens was second-to-none.

“In choosing a site for a plaque for Tony Warren, his closest friends immediately thought of Victoria Park. The neighbouring street, Park Avenue, was where Tony lived for over thirty years, before his death in 2016.

“In a life that was often as chaotic as it was creative, Park Avenue was the place where Tony settled the longest and found the happiness and serenity that he had been searching for all his life. It was also where he wrote his novels, which provided a new professional identity for Tony, after decades of being known solely for creating Coronation Street.

“Victoria Park was where he walked his beloved dogs and kept in touch with the people of Salford, who continued to inspire his work. Tony would be delighted to know there was a heritage plaque in Victoria Park in his name.” 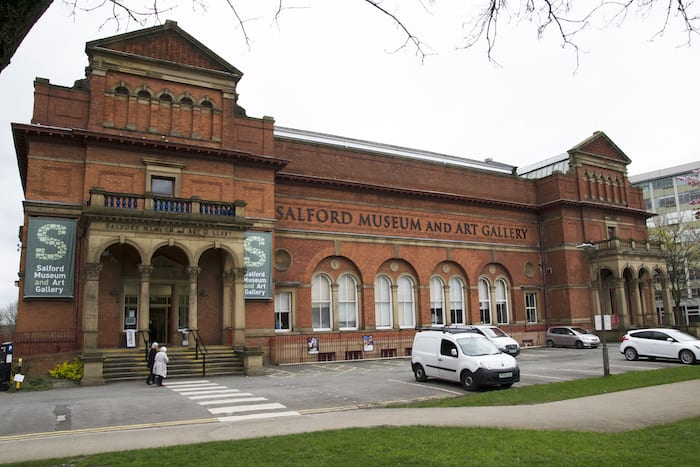 The plaque has been designed and erected as part of an exhibition celebrating Tony’s early life and career at nearby Salford Museum and Art Gallery.

Four Miles from Manchester: Tony Warren’s Coronation Street showcases Tony’s life growing up in Pendlebury and Swinton in Salford, where he absorbed the streets, people and sounds surrounding him, eventually leading him into a career in script writing.

“Victoria Park is a great choice of location for Tony’s commemorative plaque,” said Joe Barnwell from Salford CSIN and Unit 10, an organisation that works with veterans and the wider community.

“Coronation Street is about everyday people, that is what Tony was about and that is what we do through our organisation: we help veterans and provide a pathway back into their local community.”