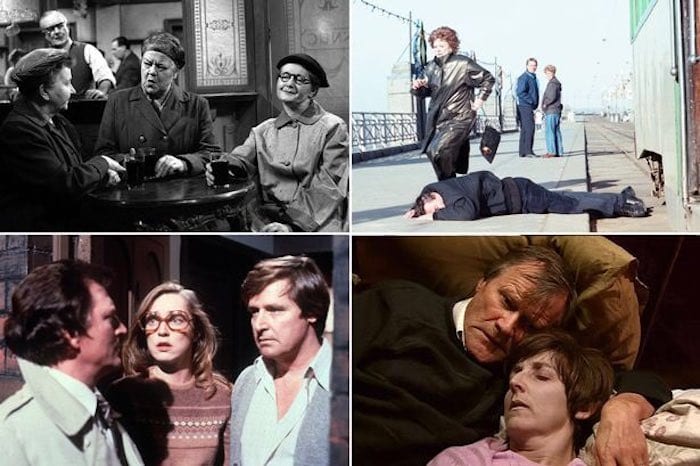 Coronation Street has graced our TV screens with northern charm and wit with 10,000 episodes over almost 60 years.

In fact, Corrie has been airing so long that, if you were to binge watch every episode like you would a Netflix series, it would take you at least six months to watch all 10,000 shows – and that’s without even so much as a brew break.

Never afraid to give a nod to classic Corrie after almost six decades, the 10,000th episode opened with a scene mirroring the first ever episode with two girls singing and playing on the street.

The opening scene from tonight's landmark 10,000th episode has more than a little in common with our very first!

Patti Clare, who plays Mary, told ITV News: “I love things like that, you can just weave in nods to the past and I think this episode does that very very well.”

Rita, Audrey, Ken and co take a coach trip to Blackpool where they aim to scatter Dennis Tanner’s ashes. The coach happens to be a party bus and the driver, Disco Des, has a weak bladder. Classic Corrie.

The surprise trip is an opportunity for the ‘old guard’ characters to reminisce about their past (previous episodes). Rita says to Audrey (and Ken), “my, we were stunning in them days. Aye, so were you Ken… you had women dropping at your feet.”

Ken Barlow, played by 87 year old actor William Roache MBE, has been on the show since day one, and is now not just Corries oldest original character, but he‘s the world’s longest-serving soap actor. Having appeared in the first episode on 9th December 1960, good old Ken is now even listed in the Guinness World Records as the longest-serving male television star in a continuous role. Go on Ken!

ITV Corrie ended last night’s hour-long episode with Ken Barlow saying ‘goodbye old friend’ to the street holding his doggo Eccles. Keep your hair on, though, he might be leaving the cobbles to an ‘extortionate gated community’ for now but he’s not properly leaving the programme. Looks like our Ken is moving away with his ‘keen’ girlfriend Claudia Colby. Against his better senses? Time will tell.

Before Ken’s farewell from the cobbles, Rita has an emotional moment in the Rovers with with nostalgic voiceovers from cast of the past. Our Rita has a moment of clarity and declares that she’s ‘not ready for the knackers yard just yet!”

An emotional Pleasure Beach rollercoaster. Coronation Street is without a doubt a cultural icon which has helped change the way – not just Manchester – but the way Britain has thought of itself. Corrie shows no signs of slowing down – and neither does its sense of northern wit. Here’s to the next sixty years.