Carl Lavia is a self-taught and self-funded artist who is on a mission to create a supersize aerial sketch of all 69 cities in the UK in his own unique style – and his current project is Manchester.

Carl, also known as Sketch, has already completed a huge ink drawing of Birmingham which has been on display in the city’s museum and art gallery, and his sketch of Manchester is going to be even bigger and even more detailed – a massive 95×69 inches.

It will cover a huge area from New Islington in the east to Media City in the west, the Green Quarter in the north to Piccadilly Station in the south, with some parts of the city centre like the Northern Quarter and Canal Street portrayed in detail. 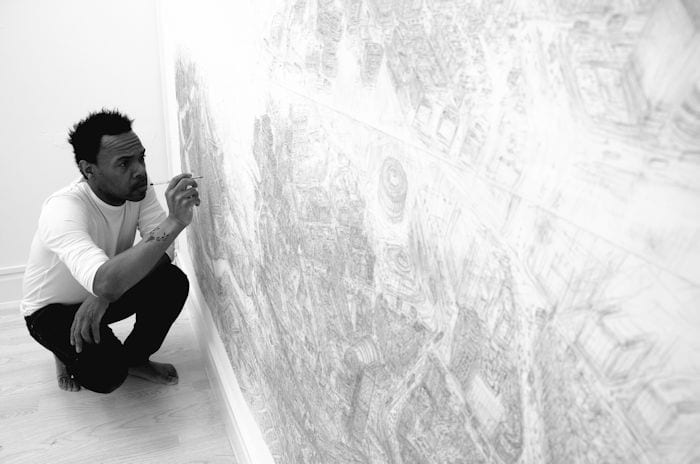 “Manchester is well-known for its football teams,” says Carl, “so I have extended the radius to include Man United and Man City football stadiums.”

The process involves extensive research, photographing buildings and streets to get a feel for the layout of the city and using Google Maps for an aerial perspective.

He always starts by sketching the centre of the city then simply lets the piece sprawl organically outward.

“Manchester’s town hall will be tricky but I love the intricate gothic architecture,” says Carl. “I also love Manchester’s library. Sketching both Manchester football teams stadiums was a challenge as they are so well known and i really wanted to do them both justice.

“In terms of modern buildings, I’m looking forward to depicting the Noma building and I have always loved the city’s towers, the most challenging of which could possibly be the Beetham tower!

The work will take around six weeks to create using archival pens, plus a trusty bic pen, on archival paper. 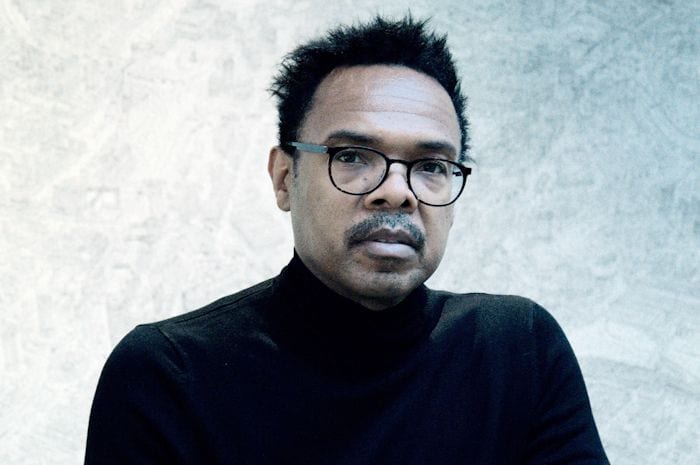 He chose Manchester for his second work because of its rivalry with Birmingham for the title of the UK’s second city.

“There’s an intensity in that relationship which is interesting,” says Carl. “Also, I happen to have lived and worked in Manchester, so it’s known to me on a personal level. There have been some major developments since I last lived here, so it was really interesting to document those changes.”

And the difference between drawing Manchester and Birmingham?

“Geographically speaking, Birmingham’s city centre hub is more pedestrianized and the city covers a wider expanse. Manchester in comparison is very densely compact. Most of the commercial buildings and high rise apartments are within the city centre.

“Also, many of Manchester’s streets lie within a grid system, so that is a pretty interesting distinction, plus poetically, I found Manchester’s ‘skyward reach’ via the high rises and mills very aesthetically pleasing.

“But there are similarities too. Both cities share a massive energetic regeneration programme and that highly charged atmosphere is really palpable.”

Sketch is looking for somewhere to exhibit his artwork when it’s completed. He would love it to be displayed in one of the city’s art institutions so people have the opportunity to view it – or perhaps somewhere less traditional.

So if you know of any available wall space, do let him know.