City Not City: two film-makers create a journey through Manchester via 24 interviews 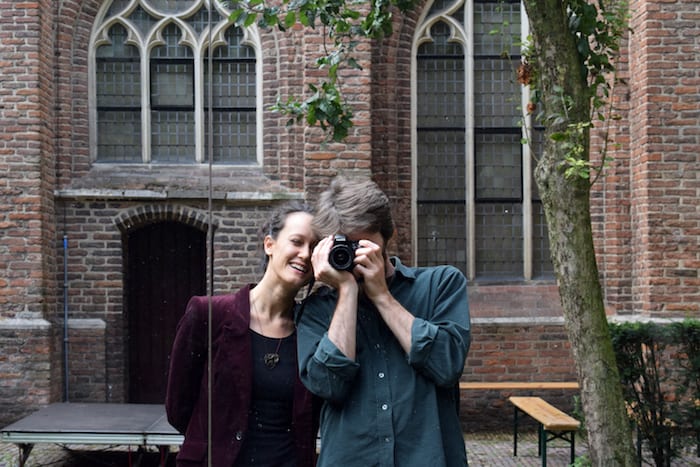 City Not City, a new documentary about Manchester, receives its world premiere as part of the annual Our North season at HOME.

Devised by Film Hub North, the season aims to celebrate and explore “northern-ness”, what it means to be northern, and how this is represented through the moving image.

Accordingly, City Not City will screen alongside the likes of Mick Jackson’s nuclear nightmare drama Threads (1984), while previous films in the season have included Alan Clarke’s comedy Rita, Sue and Bob Too (1987) and Clio Barnard’s The Arbor (2010).

Shot entirely in black and white, City Not City takes the viewer on a journey through Manchester, looking at aspects as diverse as the mixture of old and new architecture, the layout of public spaces, the evolution of the Manchester accent and the different attitudes of Mancunians.

There’s no narration in the film per se, only the voices of the 24 interviewees, as chosen by co-directors Andre Milewski and Catherine Chanoux.

These range from the likes of poet and musician Alan Keogh (who has a talent for accents and provides much of the film’s humour) and Anthony Burgess biographer Andrew Biswell, homeless man John and eleven-year-old Abby, who proclaims that Manchester is “a great place to live because you’ve got all the shops”.

Several of the interviewees, like Spanish student Mar and Chinese student Amy, are relatively new to the city, reflecting the experience of directors Andre and Catherine (Polish and Italian, respectively), who first came to Manchester three years ago and decided to stay, settling in Chorlton.

To that end, the process of choosing the interviewees for the film was something of an organic process.

“So if we met an acquaintance, the acquaintance would suggest someone else – for example, this is how we met Alan Keogh, because Alan was recommended to us, and he contributed to the film greatly. When it comes to the Anthony Burgess Foundation, we simply went to the institution to ask for permission to talk to someone and to film the place.”

As for the diversity of the viewpoints, that was very much a deliberate intention, says Andre, which was how eleven-year-old Abby came to be involved.

“Because I work in the care industry, we interviewed the person I worked with and his wife, and Abby happened to be their neighbour. Abby is the youngest interviewee and we wanted people from across the board. So there is a person who is 91 and a person who is 11, and everyone in between.

“There are people of different races, coming from different backgrounds – we wanted that on purpose. Making a film about Manchester and not including anyone from the Pakistani or Indian communities, the Jamaican community or even the Chinese community would be in a way lying to people.

“So we wanted to have everyone on board. Needless to say, we failed – we have 24 of them in the film. But I think we have quite a good bunch, who are representative of what happens here.” 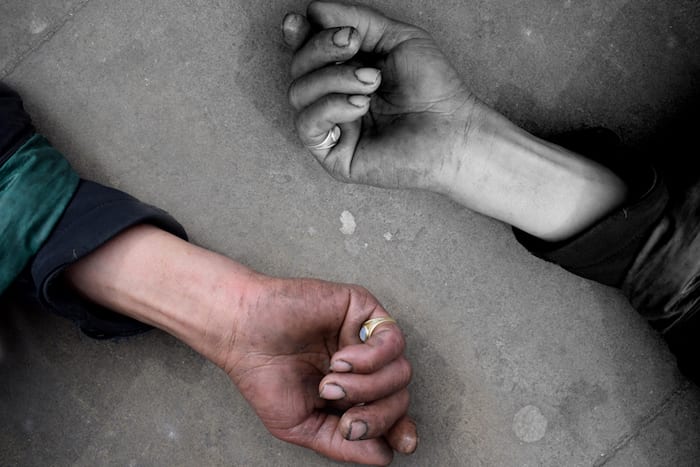 It goes without saying that with 24 different viewpoints in the film, not all of them are going to find favour with audiences. So was it important to Andre to represent a range of conflicting opinions?

“We see Manchester as a place of contradictions,” he says. “That’s actually why we made it in black and white – we wanted to show this strong contrast, that there is black and white and a huge amount of grey in between. The same happens with people’s opinions.

“Sometimes people are for it, they love it. Sometimes they hate it, or some aspect of it. Of course, this is part of the authenticity of the place, that there is such a vast array of opinions. And this paradox is very interesting from a sociological point of view.

“It’s crucial to bring as many voices as you can. If you made this film with just one voice in it, it would block 23 others. So even if some of the opinions are not very deep, we believe that adding them is crucial, because it’s part of the whole make-up of the place. The place is as deep as it is superficial and there are things happening on the surface and under the surface.”

As for what the directors hope Manchester audiences will take away from the film, Andre hopes it will raise as many questions as it answers.

“We hope people will take inspiration from the film, to appreciate the city more, and to ask questions. What do I feel about this place? What is this attitude that Manchester has become? Because for us, it’s not only a city, it’s not only people, it’s not only a place of business opportunity, it’s also an attitude.

“Why are we here, and are we here together? Are we here just to fulfil our little selfish needs and then move on, or are we here to stay and build the place and contribute to it in a creative way?”

City Not City screens on Mon 27th August at HOME and will be introduced by directors Andre Milewski and Catherine Chanoux.