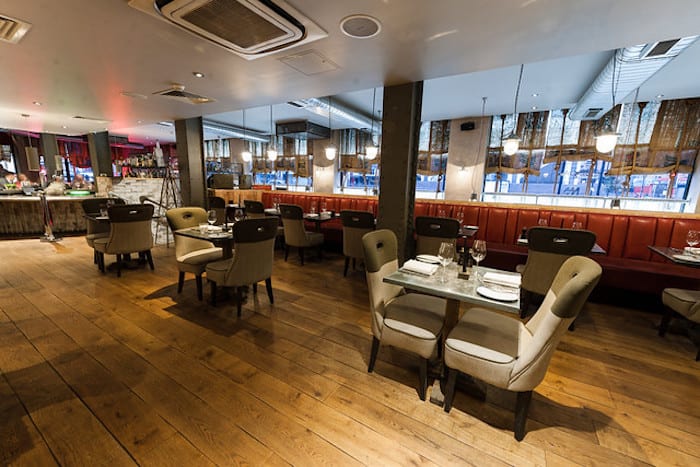 People often assume hotel menus aren’t going to serve up top notch food, especially if they are part of a chain.

But here’s one that is definitely worth a try if you’re looking for some seriously good grub.

Chez Mal is a red leather and neon styled restaurant and brasserie in a prime position a stone’s throw from Piccadilly Station. It’s an easy one to overlook because it’s inside the Malmaison, one of Manchester’s fanciest hotels.

All the menus are carefully curated by executive chef John Woodward, whose previous conquests include The Canteen restaurant at Chelsea Harbour. His mission? To transform Chez Mal food into art.

The fabulous team behind the scenes at this delectable restaurant make sure you are taken care of every step of the way, from the service to the food all the way through to nicely paired drinks.

The scope of the new a la carte menus has been widened again and this season is offering up a feast of robust flavours.

We popped along to try out the latest a la carte menu. And what I mean by that is that we had a miniature feast. 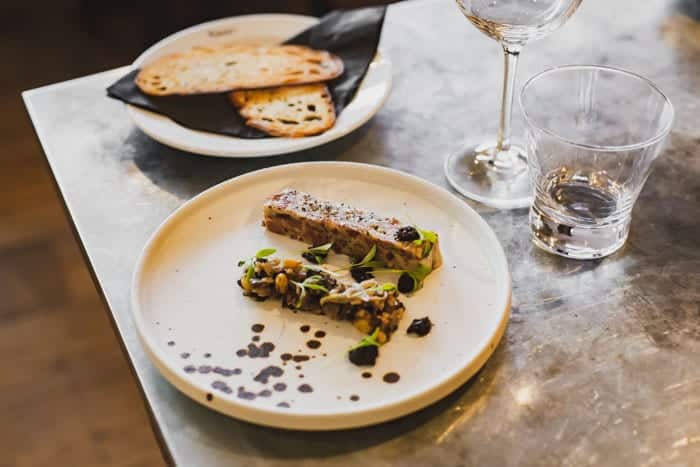 The salt beef and confit pork terrine (£8.50) was the first to arrive. Mixed together with mushrooms, a la grecque and burnt orange puree, (a la grecque being a swish term for served in olive oil, lemon juice and other flavoursome seasonings) and a plate of thinly sliced, crispbread. It was full of flavour with the burnt orange puree bringing a perfect touch of zest. 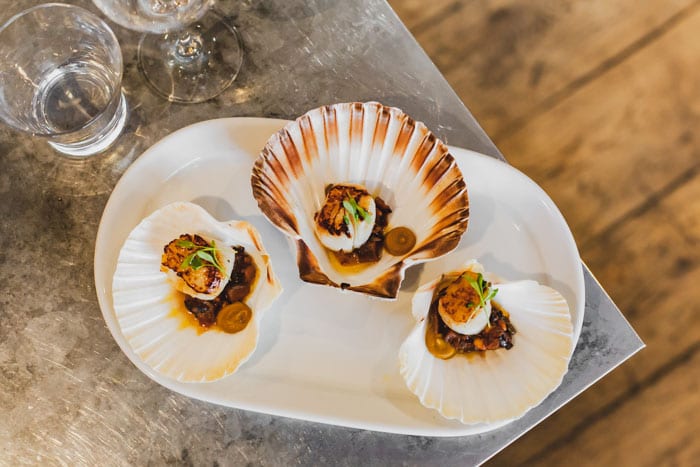 Second up were pan-fried sea scallops (£13.50). The presentation was divine – soft, fleshy and delicately flavoured scallops served on a trio of shells and a bed of butternut squash puree with pine nut caponata. 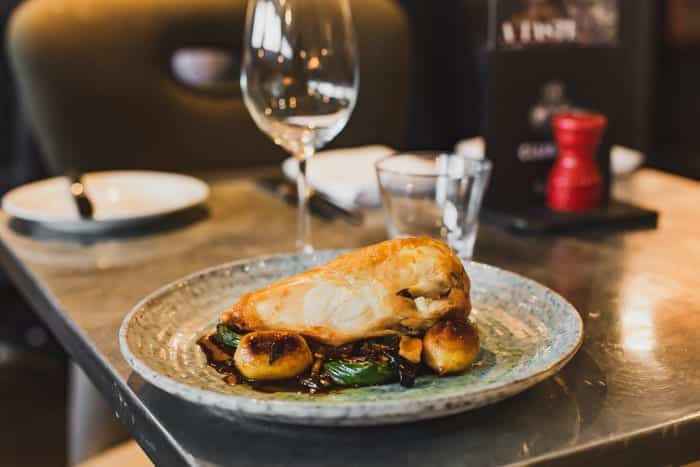 Despite the temptations of the steak on the menu, we opted for a hearty dish of roast Cumbrian chicken breast (£15). It came with a side of wild mushrooms, young leeks and truffle gnocchi, which happens to be my favourite.

This dish was an all round win. The chicken was cooked to perfection, flavourful and a very generous portion. The gnocchi was to die for. A hint of truffle really captures comfort in the best sense of the word.

Because one main is never enough, the tiger prawns, mussels and salmon broth (£15.50)  was too good to turn down. A seafood medley in a bowl, swimming in a kale & tomato broth, with some hefty saffron potatoes and paprika aioli just to give it a fragrant finish. It tasted every bit as fabulous as it looked. 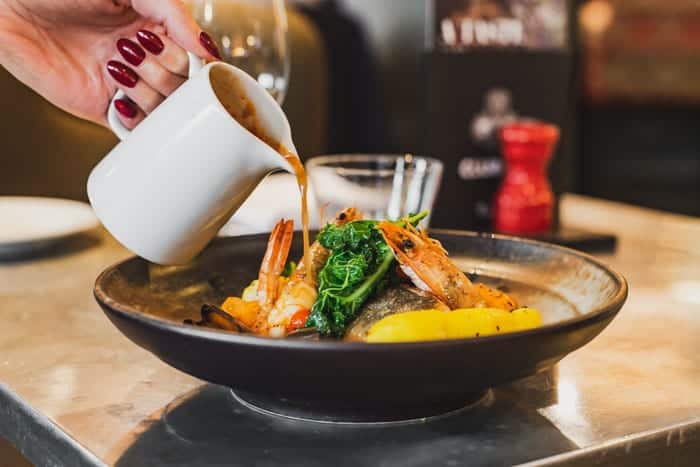 There’s a dedicated vegan menu available too offering dishes such as toasted fregola and wild mushroom pasta with vegan feta, and squash and red onion tagine with rose coriander and apricot couscous.

Pudding was not a disappointment either. Sticky toffee pudding (£6.50) slathered in pecan caramel sauce and a dollop of vanilla ice cream went down far too easy.

The Valrhona chocolate and pistachio molten pudding (£6.50) was the richer of the two but was softened nicely with the side of pistachio ice cream. 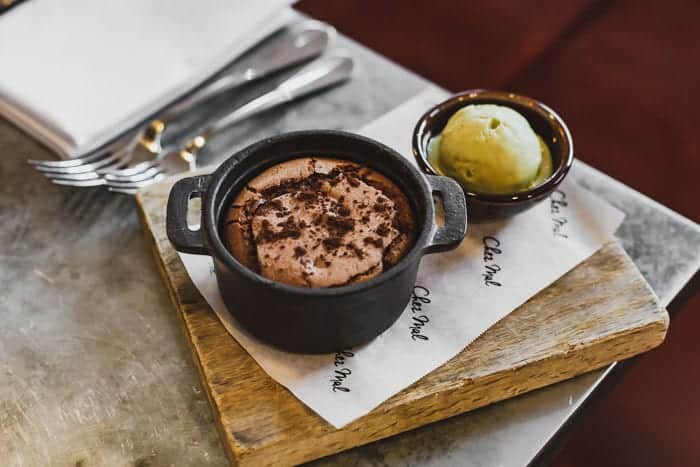 If you fancy something even more substantial, the restaurant has a Josper grill that retains cuts of aged beef on display in a huge glass-sided fridge, mainstay of Chez Mal’s range of signature steaks and sharing stands which include a succulent chateaubriand.

Dining at Chez Mal is great value. A weekday lunch will set you back between £12 and £15 with a 175ml glass of house wine. Speaking of which, the wine list is clearly organised in sections by price, offering bottles of red, white and rose from £20 – £70.