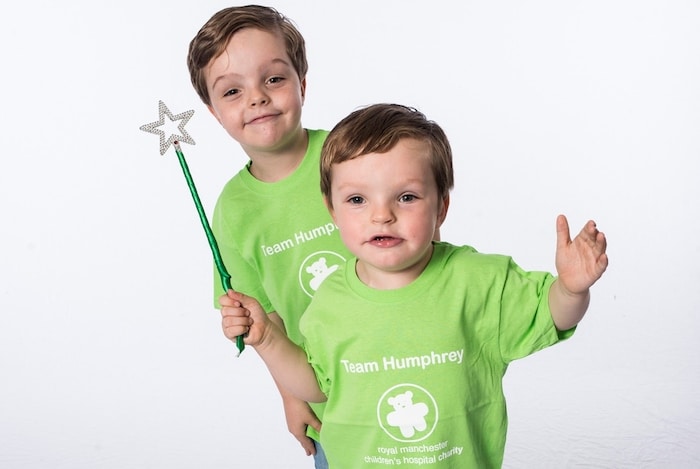 Archie and Charlie Bircher, who are both regular patients at Royal Manchester Children’s Hospital, have been fundraising for the hospital’s Charity for more than a decade.

They now have two reasons to celebrate – hitting the £50,000-mark in their fundraising and seeing some of their donation money being spent on revamping their ward’s playroom.

Proud parents Peter and Lauren Bircher live with the boys in Cheadle Hulme.

“We always take part in Humphrey’s Lantern Walk, which is a Charity event in Heaton Park. 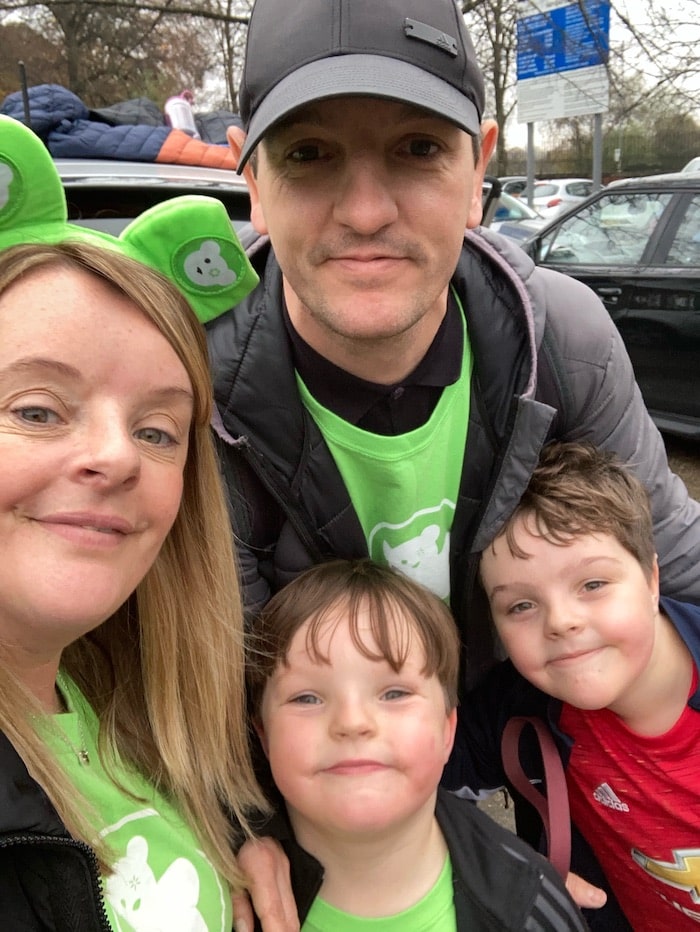 “Peter has skydived, we have held charity nights and I’m also a Community Champion, which means I help with distributing collection boxes in my local area and promoting the Charity.

“We’ve always been passionate about supporting Royal Manchester Children’s Hospital Charity in whatever way we can.

“The company Peter works for has always been our biggest supporters and contributed hugely to our total.

“Royal Manchester Children’s Hospital has become a second home and we just want to give back as much as we can.

“As a parent you never know when your child might need the support of the hospital.”

Both Charlie and Archie have a very rare genetic condition called cleidocranial dysplasia.

The condition affects many bones, including the skull, spine, collarbones and legs. Bones may form differently or might be more fragile than in other children.

Lauren also has the genetic condition so stood a 50/50 chance of passing it on to her children. 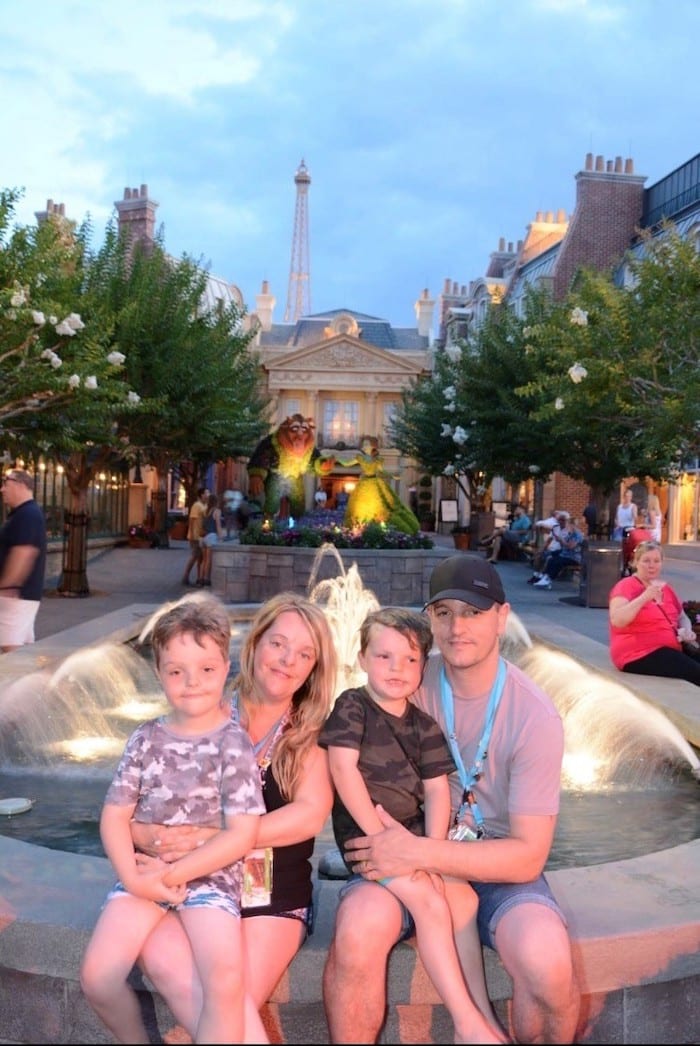 The condition affects both boys differently and the family are under the regular care of many different departments within the children’s hospital – seeing consultant and medical experts in genetics, endocrine, orthopedics, ear nose and throat clinic, physiotherapy and respiratory.

Archie, who is 11, is what his parents call a ‘typical cleido patient’ and has many of the characteristics expected in cleidocranial dysplasia patients.

“While Archie predominately has problems in his legs, Charlie is a respiratory patient at the hospital,” said Peter.

“He was born without collarbones and had some missing ribs.

“His case is extremely rare, so much so the specialists that treat him say they haven’t seen respiratory problems in a cleido patient like that before.

“That’s very Charlie though – always keeping us on our toes.”

Archie and Lauren were recently invited to America to attend a CCD conference and met Stranger Things actor Gaten Matarazzo, who also has CCD.

Lauren said the trip was a good chance for Archie to meet someone else with CCD who is doing so well in his career. 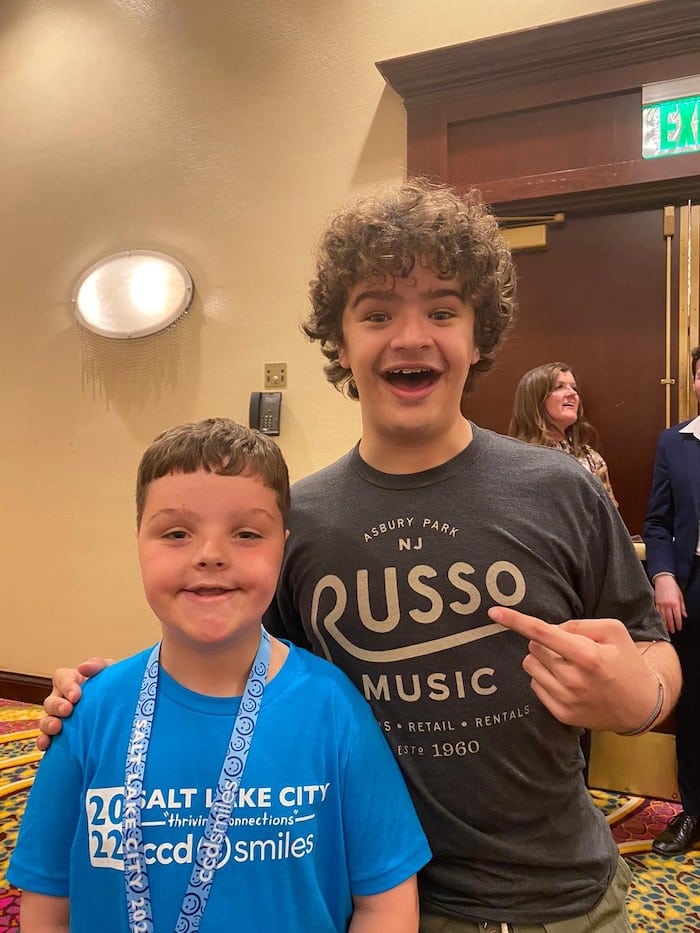 “Gaten has done lots to raise awareness of the condition and is also proof that you can be a success while having a medical condition,” she said.

The boys live with parents Lauren and Peter, with Lauren giving up work to care for the boys and take them to appointments.

Charlie has more appointments than Archie and some weeks they could be either visiting the hospital or having phone consultations two-three times a week.

“They don’t let their condition stop them and even Covid couldn’t stop them from their fundraising either,” said Lauren.

“Charlie had to shield during Covid because of his respiratory problems, but he really wanted to do as much as he could in terms of supporting the Charity.

“We did a cake sale at home when certain restrictions lifted, we also did the 2.5 challenge at home.

“A lot of people could do their 2.5km walks and runs in parks but Charlie did his running round the garden.” 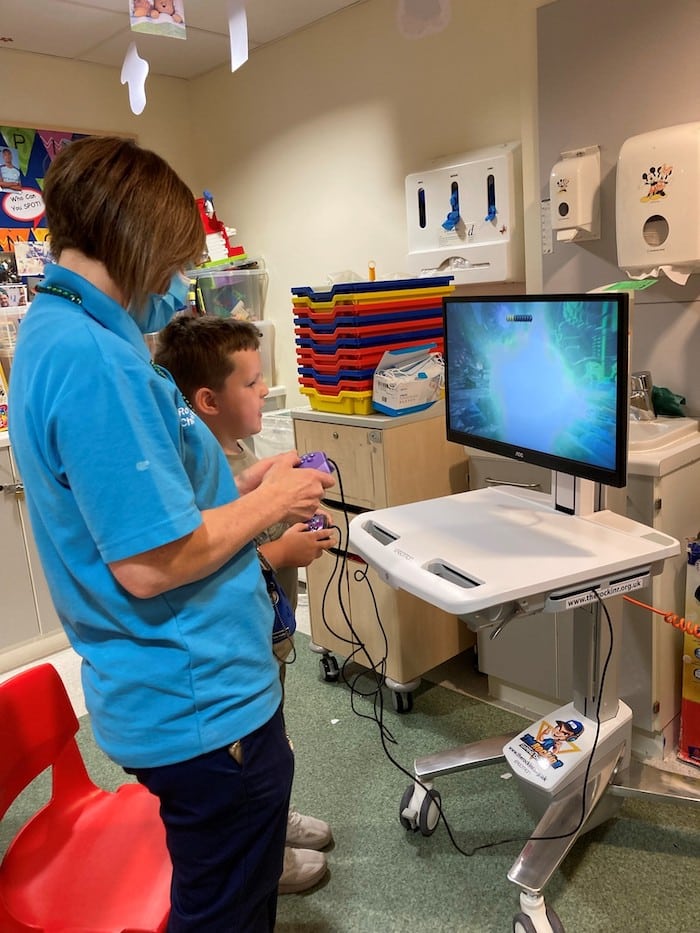 The family’s fundraising has not only paid for a revamp of the Ward 76 playroom, it has also helped Royal Manchester Children’s Hospital Charity to purchase five Rockin’R machines – a portable console which means bed-bound, isolating and less-abled children can play computer games from the comfort of their hospital bed.

“The older children aren’t interested in toys and often they can get very bored in hospital.

“They want to do things their friends are doing, like playing computer games.

“Ward 76 is the Paediatric Elective Treatment Centre so it’s a very busy ward.

“The playroom needed a bit of TLC so the new one now has a sensory area which is brilliant for children with additional needs or babies. 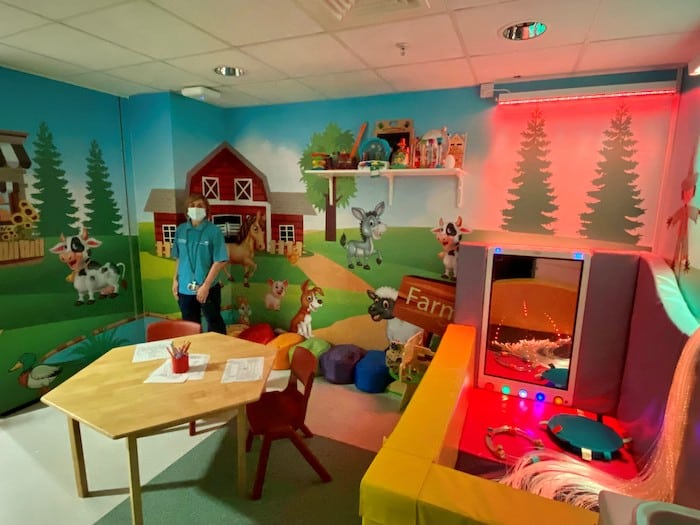 “There is also now more space as the cupboards have been taken out so now children can stretch out and move around a bit more.

“We’ve also paid for some new comfier seating in the waiting area too.

“The boys are very proud to see the things they’ve fundraised for being used by so many people, especially when it benefits young patients just like them.

“Charlie saw the playroom the other day and he was so surprised at how different it looks. He loved it.”

The boys are seen at many other hospitals but Manchester is their home and the family want to help other children of Manchester have a happier experience when visiting the hospital.

Royal Manchester Children’s Hospital Charity fundraises for treatment, research and care projects across the hospital to benefit the 280,000-plus patients and their families who visit each year.

“The Bircher Family have been so supportive over the years and it’s great their enthusiasm for helping us is just as strong as when they first started,” said Jo Thomas, one of the Charity’s Relationship Officers.

“We love seeing them at our events and supporting them when they hold their own fundraising activities.

“If other families want to support us but are unsure what to do, they can visit our website for lots of ideas.

“Two great ones for the kids are our new Bake Your Way campaign. I’d encourage everyone to visit rmchcharity.org.uk or search for us on social media to find out more.”