British wrestling is back – and Manchester’s leading the way 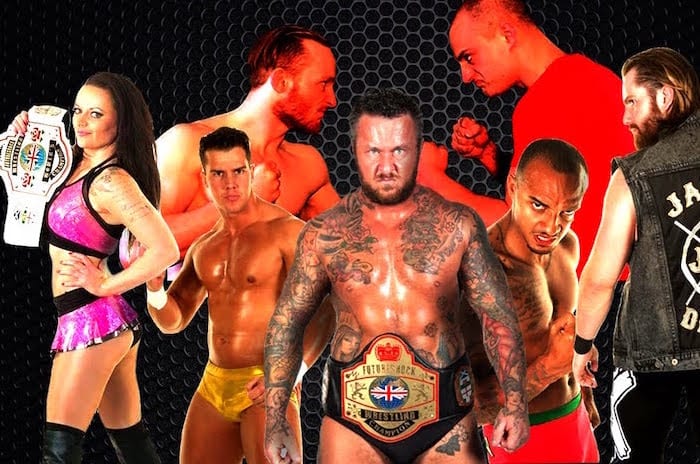 For the generation who grew up in the 1990’s with The Rock and Steve Austin in their prime, British professional wrestling has long been seen as a pale imitation of its flashier American cousin.

The return of World of Sport to prime time television is a symbol of just how far the British wrestling scene has come in recent years. The show, whose original run lasted from 1965 to 1985, was incredibly popular, at times attracting audiences of over 10 million. Even the Queen was rumoured to be a fan.

The return of the show after 30 years augurs well for British wrestling which suffered due to the explosion of the WWE in the 1980’s.

The eclipse of British wrestling by the WWE highlights just how extraordinary it is that the WWE recently felt compelled to crown its first ever UK champion after witnessing an eruption in the popularity of UK wrestling.

The tournament, held at the Blackpool Empress Ballroom last month, featured some of the best talent from the UK scene. The wrestling community has generally hailed the tournament as a roaring success and big things are predicted for the stars, including the first ever champion, 19-year-old Tyler Bate.

It is not just through the UK tournament that one can witness the incredible rise of the UK wrestling scene. The current WWE roster is filled with UK and Irish talent such as Neville, Paige, Becky Lynch and inaugural WWE Universal Champion, Finn Balor.

Gallagher, who grew up in south Manchester and trained at Manchester’s esteemed Futureshock Wrestling Academy, is well on his way to becoming a global superstar with WWE and is often cited as one of the stand out talents in the new cruiserweight division.

Gallagher’s performance at this year’s Royal Rumble saw him making a name for himself with some innovative umbrella-based offence and a spectacular Mary Poppins-esque exit from the match.

Chris Brooker, stand-up comedian and head of Futureshock wrestling, has witnessed the rise of Gallagher into superstardom.

“You knew Jack was going to be a star from the moment you laid eyes on him. He had that connection, that charisma about him that could light rooms up.”

Futureshock Academy continues to produce talent for the burgeoning UK independent scene, with World of Sport’s Danny Hope and Sam Bailey, and WWE’s James Drake and Tyson T-Bone all training at the academy.

Futureshock itself is about to bring its product into the centre of Manchester for the first time in years. The show, which will feature WWE UK Championship standouts James Drake and Tyson T-Bone, will take place at 53two on Albion Street on Sunday 19th February.

“People say that British wrestling is hot all of a sudden,” says Brooker.  “In truth, it’s been red hot for years and it’s great that people are starting to sit up and take notice. Our long overdue return to the centre of Manchester will show that, when it comes to professional wrestling, nobody does it better than the Brits.”