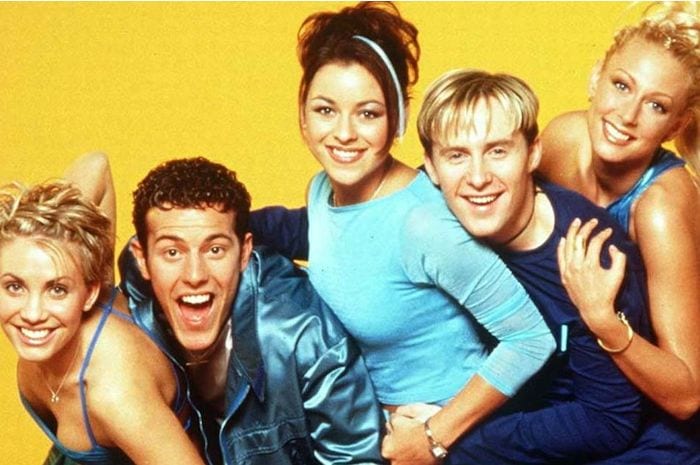 If 2016 was a year of tragedy, you’ll be relieved to hear that 2017 is definitely not one for sorrow. Now that the cheesy puns are out of the way, let’s take a few minutes to talk about the amazing year we’ve got in store, starting with our love for music from arguably the greatest decade ever. The nineties.

Manchester has always had a love affair with music and this year is no different, with some of the best musicians from the 90s set to make an appearance this year. Whether you’re a fan of cheesy pop or contemporary rock, chances are some of your favourites will be making a grand reappearance.

Keeping track of bands can be hard so we’ve compiled this list to help make it easy on you.

The year was 1997. Tony Blair had just become prime minister, a cloned sheep named Dolly was making the headlines, and newly-formed band Steps were racing up the charts. With classic hits such as 5, 6, 7, 8, Tragedy and Better the Devil You Know, the quintet went on to have an incredible pop career. Now, 20 years later, they have reformed with their fifth studio album and are preparing for a nationwide tour.

“Only 90s kids will remember this” has never felt more appropriate when talking about Dutch pop sensations, Vengaboys. With hits such as Boom, Boom, Boom, Boom, We Like to Party and We’re Going to Ibiza, you just know you’re going to be in for a good night. Not only will they be headlining their own show, but they’re also supporting Steps at the Manchester Arena in December.

How’s that for a double boom?

Best known for their classic love song Linger and their incredibly moving anti-war ballad Zombie, the Irish quartet are back touring again with lead singer Dolores O’Riordan at the helm. Having regularly performed nightly for thousands back in the nineties, rivalling the likes of Madonna in terms of MTV air time, those lucky enough to catch them at The Bridgewater Hall in a few months won’t regret it.

Where: The Bridgewater Hall

Just when you thought Macy Gray had said her last goodbye, it seems as though she’s stumbled and found herself touring again. There’s no hiding our love for the raspy American soul singer but that’s not going to stop our hearts from crumbling when she visits Manchester next week. Make sure you don’t miss this one!

Hands up if you’re not out of love for American pop-singer, Anastacia. Although technically she enjoyed her success in the 2000s, her most famous song I’m Outta Love came right at the turn of the millennium so it gets a pass. You can catch her iconic voice and sunglasses combo once again as she returns to Manchester next month.

When: Saturday 27th May

Everything’s better with Titanic music so when the opportunity comes along to see the songstress in person then you know it’s too good to pass up. The French-Canadian musician has one of the most distinctive voices in the industry and come June she will be putting on one hell of a show for Manchester crowds.

Yes, you read that correctly. This is the return of the space cowboy himself. The funky soul-singer is back, hat and all, for his world tour that will see him visit Tokyo, Paris, Manchester and more. Just remember to bring your best dance moves because it’s going to be a special one.

Who could forget Skunk Anansie and their eclectic sound of rock and soul, led by the incredible Skin and her goosebump-inducing vocals? With hits such as Weak, Brazen (Weep) and You’ll Follow Me Down, there’s no end to their talents.

When: Saturday 27th May

Any we’ve missed? Let us know and which you’re most excited about.