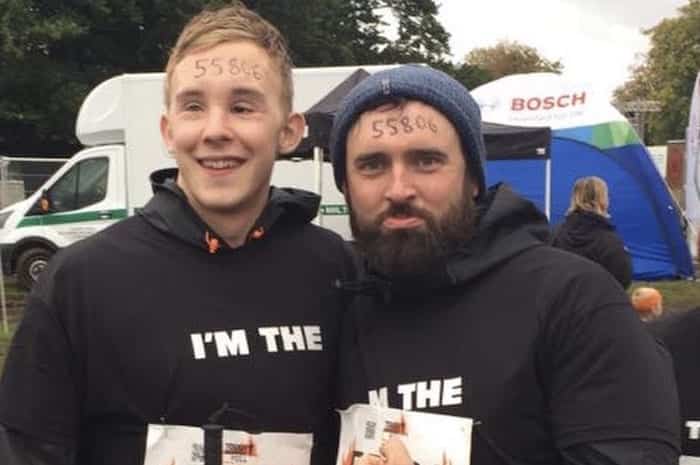 A courageous blind man from Stockport is taking on the challenging Tough Mudder course this weekend – not once but twice.

Josh McEntee will be taking on the Tough Mudder Marathon – a 10 mile course, twice, back to back – with the help of his friends who will be guiding him on his way as he climbs  ropes, scrambles through 2 metre deep water and crawls across muddy terrain. It’s not for the faint-hearted.

Three years ago, Josh, 26, bought himself an old school Mini and couldn’t wait to take it out for a spin. It was a classic car and not fitted with air bags. The car was involved in a head-on collision due a mechanical fault which caused it to veer into oncoming traffic.

Both Josh and his cousin, who was a passenger, took the full impact of the crash. The other car had no casualties as it was a modern car with regulated safety features.

Josh ended up in a coma for five days, having suffered multiple injuries including two broken legs, broken eye sockets and a brain injury. He is lucky to have survived. His cousin tragically lost his life. 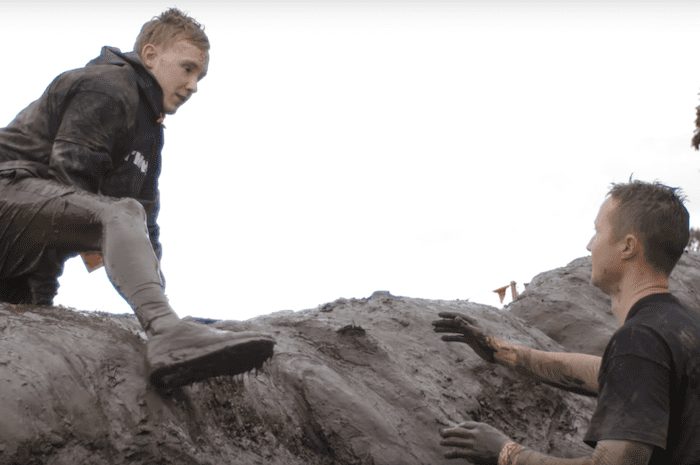 When he came round from his coma, Josh discovered that he was completely blind. He went from having perfect vision to “living in complete darkness.”

He had to remain in hospital for three months for recovery and physio to help him walk again but he was determined to get his life back on track.

“I filled my time up with learning braille, touch typing and how to use a computer again,” says Josh. “I’ve also taken up many sporting activities which I enjoy doing such as jujitsu, goal ball and rock climbing”.

He has now committed to take part into the ultimate Tough Mudder challenge and is hoping to raise £5,000 to create a disability inclusive, fully accessible jiu jitsu gym.

“Fitness and sport has always been a monumental part of my everyday life, and it is fitness that has enabled me to overcome a facial reconstruction, brain injury and broken legs.

“Since my accident I have concentrated heavily on my health and fitness and I have become a member of Team GB representing the in Goalball. 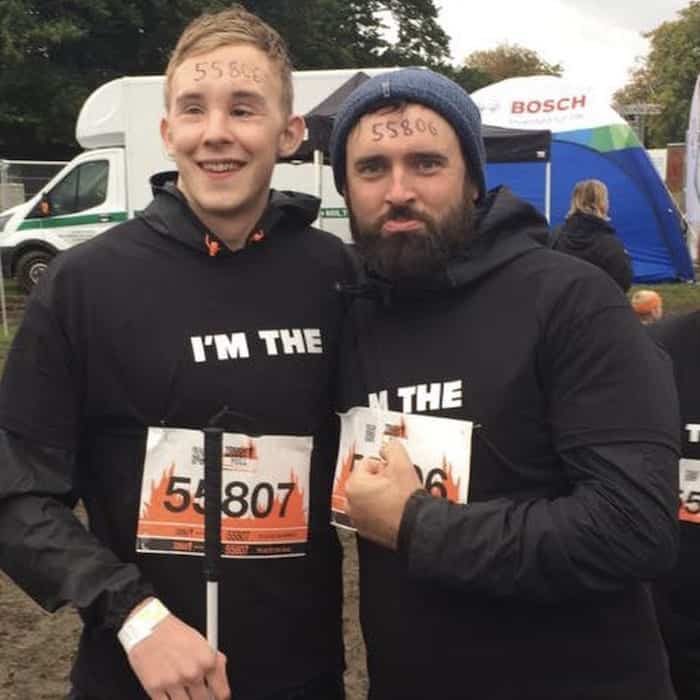 “Prior to my accident, I was heavily involved in mixed martial arts specialising in Muay Thai and since then I have developed and built upon my strength by adding jiu jitsu. Jiu jitsu is my main sporting passion.

“I made a promise to myself in hospital that I wouldn’t let the loss of my vision hold me back in life,” says Josh. “If anything, it made me want to excel. Tough Mudder is a great event. It makes you feel empowered and it feels brilliant to get out there and challenge yourself.

“My goal is to give back to the disabled community and create an inclusive environment where they too can get involved and learn martial arts. I am currently in the process of setting up my own charity Inner Strength Sport which will help fund a fully accessible and disability inclusive gym where individuals can come and learn martial arts in a safe and fun environment.”

This isn’t the first time Josh has put in for the toughest obstacle course in town. He completed his first Tough Mudder Classic course in 2014 after being discharged from hospital, raising money for Salford Royal where he was hospitalised for three months, the benevolent fund for the fire service and blind sports – people who had helped him through those hard times. No mean feat considering the north west is one of the most difficult terrains in the UK.

“I wasn’t supposed to run Tough Mudder the last time I did it because of a face operation a week before and because my legs were still badly broken, with only metal holding them together. But I did it anyway because I felt it was important to show my appreciation and giving back to those who have helped me.

“The help and the vibe from other participants on course is truly amazing and truly when you’re out there you feel like one big team.

“Even if you have lost your sight, I believe that you can still make something of yourself and just have a good time.”

You can help Josh create a disability-inclusive gym on his JustGiving page.