When it comes to cycling, Manchester’s got a lot going for it. It’s relatively flat, has 357 miles of bike routes including 84 miles of traffic-free paths and 62 miles of routes separated from roads. It’s got bike cafes and cycle hubs and the same number of rainy days as Amsterdam, one of the cycling capitals of Europe.  But it’s got a long way to pedal before it becomes as cycle friendly as Amsterdam, says Stephen Lewis

In 2013, they received £20 million of government funding to develop Greater Manchester’s cycling infrastructure. The money is being invested in programmes which will encourage more people to cycle more often- improving cycle routes, cycle parking and cycle facilities at workplaces, schools and transport interchanges. By 2018, £40 million will have been invested through the Department for Transport’s Cycle City programme.

The aim is that by 2025, 10% of all journeys will be made by bike– still a long way behind Copenhagen, where 50% of all citizens commute by bike every day and there are more bikes than inhabitants, but a massive 300% increase on current levels of cycling across Greater Manchester.

But when it comes to making it easier for people to cycle, there’s something  London, Liverpool and Glasgow have got (not to mention Reading Oxford and Northampton) that Manchester hasn’t –  a bike sharing or on-street cycle hire scheme, also known in London as Boris bikes, whereby a bicycle can be hired from one location and  left at your destination.

Manchester has nothing. Back in 2013, TfGM published a study on bike sharing which concluded that a scheme would be feasible if it operated in Manchester city centre and extended to Salford Quays, the Oxford Road corridor and Hulme, but not the outlying district centres of Greater Manchester or the rest of the city. In other words, the scheme would benefit those areas where people are more likely to cycle at the moment rather than encouraging those who don’t currently cycle – the 27% who, according to the Bike Fit survey, don’t currently ride a bike but would like to.

Since then, things have gone quiet.

But one man will be ready and waiting when TfGM announces that it’s ready to invite tenders to run one – which could be later this year.

Cycling enthusiast Mark Shaw is the founder and managing director of DigiBike, a company he set up in September 2015 when he realised that Manchester is behind the times when it comes to on-street cycle hire.

He started out intending to design a system from scratch but realised pretty quickly that he didn’t have the time or funds to do this. He looked round to see what products were already available on the market and found a bike manufacturer who make a sturdy utility bike with a robust frame, and went on to source all the other products he needed, including a locking system, docking station and software. The result – a system which will be unique to Manchester. 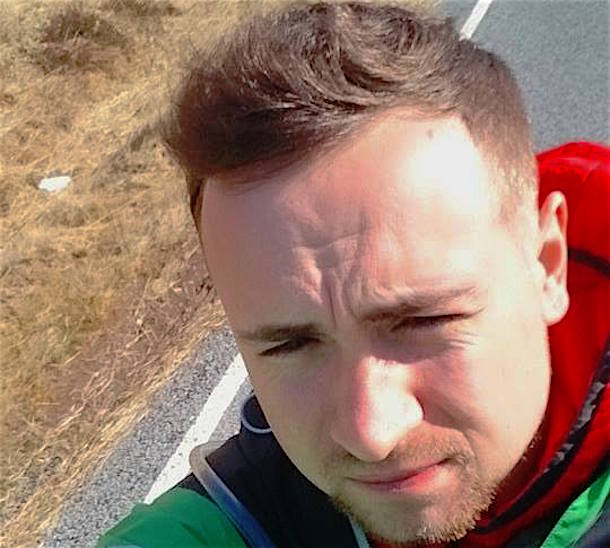 Mark has come a long way since September. Following advice from Greater Manchester Business Growth Hub, he has put in place an executive board which he hopes will make his bid more credible and help win the tender.  He may not have a track record and knows he’ll probably be competing against some of the big boys who have already tendered successfully for similar schemes in other cities, but he thinks he might just have something in his favour.

“As a Mancunian I know that Manchester does a lot of stuff better itself. It doesn’t like bringing in outsiders to solve problems. It likes to do things itself,” says Mark.

He is determined to put in  a ‘truly Manchester bid’ – one which will use a ‘hub and spoke’ network where bikes can be hired along the main roads into the ten district centres across the whole of  Greater Manchester, rather than one which just focuses on the more profitable areas where lots of people already cycle. And if his bid is successful, bike hire will be free of charge for 16-18s and over 60s.

“The ethos of my company is to try to get more people cycling,” says Mark. “As a Mancunian and lifelong cyclist I enjoy cycling for more than just getting me into work and I want to let other people enjoy it as much as I do.”

Follow Mark’s progress as he bids to secure the contract for Manchester’s on-street bike hire scheme at digibike.co.uk and @DigiBike