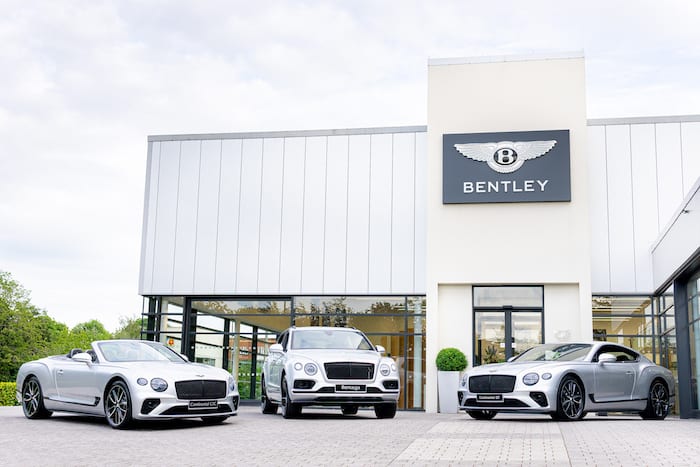 Bentley Manchester has just turned 25. To celebrate, the luxury car manufacturer has commissioned three truly bespoke models, because what more could you want on your birthday than three of the most unique Bentleys in the entire world?

Ironically, it was actually my birthday yesterday. I definitely wouldn’t have said no if they’d have surprised me with one as a gift when I left the I Love MCR office. A man can dream.

Championing the car creators in Manchester for over 25 years, Bentley Manchester has been a part of the Bentley brand’s legacy. And to commemorate being a member of the family for a quarter of a century, they’ve commissioned the new one-of-a-kind models.

The three bespoke cars all feature Bentley’s patented Stratos Silver exterior. These extremely limited edition vehicles are three of only six in the entire world to brandish the colour, patented by Bentley in 1997. The other three were released pre-millenium. 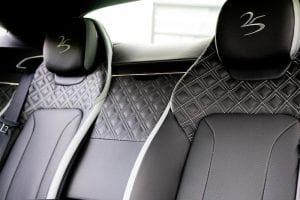 The stylish emblem can be found embroidered into each headrest, with Stratos Silver stitching and silver leather highlights, as well as appearing in the iconic black veneer interface.

Each car proudly displays the Bentley Manchester 25 year logo, which is featured heavily throughout all three models.

A Bentayga, GT and GTC created by Bentley’s bespoke coachbuilders Mulliner all come with a stylish dechromed appearance, with each boasting the Carbon Fibre Styling body kit as standard. 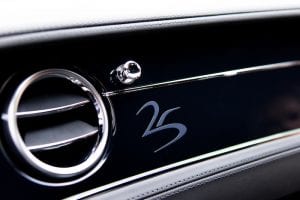 Opening some 25 years ago, Bentley’s Knutsford dealership, which is now based on Mobberley Road, hasn’t looked back since.

It’s become one of the top UK dealerships, winning Bentley Retailer of the Year in 2017 and coming in the top three for the past four years.

Coinciding with Bentley’s centenary, Bentley Motors are also celebrating 100 years of production in the UK.

When W.O Bentley produced his first car, he had a simple goal in mind: “to build a fast car, a good car, the best in its class.” 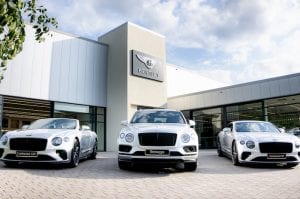 Fast forward 100 years, and I’m pretty sure he would be incredible proud of his legacy.

The three sisters also come with Bentley’s centenary specification, which is only available on Bentleys created in 2019.

A true piece of Manchester history, the three cars are now on display and available to purchase from the Bentley Manchester showroom.