Michelin recognition is as rare as a rainless day in Manchester but cheeky chappie chef Andrew Nutter is celebrating a guide entry for his popular gastropub The Bird at Birtle.

The modernised stone-build inn in the rural village on the high road between Rochdale and Bury has been awarded The Michelin Plate in the latest edition of the gourmand’s bible to which all chefs aspire.

The guide inspectors said of The Bird: “A very popular restaurant in a modernised pub. Start with a cocktail on a comfy sofa out on the terrace, then head upstairs to the stylish dining room with a balcony and fell views. Classic dishes are given a modern touch.”

The accolade brings Andrew’s career full circle. He first gained recognition as one of the most exciting and innovative young chefs in the region at another former pub at the other end of the Ashworth Valley – the imposing stone-build New Inn which was briefly renamed The French Connection and later, Nutter’s Restaurant.

Andrew’s passion for cooking began in his teens and by the time he was 21 he had trained for three years at London’s Savoy Hotel and spent another two gaining experience in a series of Michelin starred restaurants in France.

When he came back to the UK, he was determined to make his mark locally. His late father Rodney, who ran a butchers shop in Prestwich, bought the New Inn. In his very early twenties, Andrew was on his way.

The venture was instantly popular. Andrew adopted a flamboyant style, at one point having the word Nutter shaved into the hair on the back of his head. He was swiftly noticed by television producers and featured in a number of programmes including Ready Steady Cook, Afternoon Life, The Flying Chef  and his own series, Utter Nutter – also the title of his first book.

After ten very successful years at the original site, the building was almost bursting at the seams. Several unsuccessful attempts were made to obtain planning permission for an extension so they were left with a choice: to open a second restaurant or relocate altogether to somewhere larger. Fortunately, fate stepped in to provide the perfect answer. 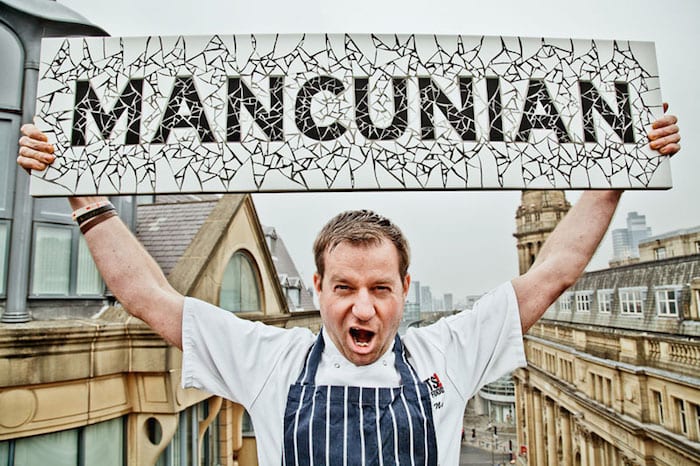 In winter 2003, Andrew’s father began a conversation with a restaurant customer who turned out to be the area director for the Whitbread Group. When Rodney mentioned The Manor, a Whitbread property a mile down the road – he was told that the building was due to be sold, and that offers for the property were closing at noon the following day.

Rodney put in an offer for the historic-yet-almost-derelict Wolstenholme Hall and a deal was done. Thus, only a fortnight later, Nutter’s Restaurant was relocated.

The Bird at Birtle, formerly the Bird i’ th’ Hand, was bought by Rodney and his wife at Christmas 2014, giving Andrew the opportunity to create his own, unique stamp on relaxed pub-dining.

From the outset, Andrew and head chef Carl Tait aimed to deliver simple food, cooked really well, using only superior-quality ingredients. Judging by their Michelin entry, the strategy has worked.

Andrew, who won awards for both Nutters Restaurant and the Bird at Birtle in the Eat, Drink and Sleep awards earlier this year, said:

“The restaurant already has an entry in the Michelin Guide, but to achieve recognition for the Bird just over a year from its opening is a real achievement that’s down to the knowledge and talent in the kitchen.

“It’s been an all round team effort. The Nutter empire is going from strength to strength.”