Ginge and I sauntered for a spot of lunch at the uber-cool Alchemist New York Street to try out their new menu and indulge in a bit of pre-festive season indulgence.

Whenever I visit this venue just off Piccadilly, I’m always struck at how stylish it is, with its green booths (Ginge was eyeing the colour up for his new apartment), comfy chesterfields, quirky artwork and general hipster vibe.

The charming Jess and Hannah who are now running the joint (the New York vibe makes me want to be a little American) have brought a woman’s touch to the menu, bringing lighter dishes as well as the perennial favourites.

And the cocktails have also been given a mini make-over, so even though we were trying to be good (which we’re not very good at) our fabulous waitress Kat enticed us to try a couple out.

First out was Ginger’s 3 ½ oz of Hipflask Happiness which comes in, well a hipflask. It’s £7.50 or £11.50 if you want to keep the dinky flask and was pronounced magnificent by Ginge who licked his lips over this gin, raspberry and bitter orange concoction. 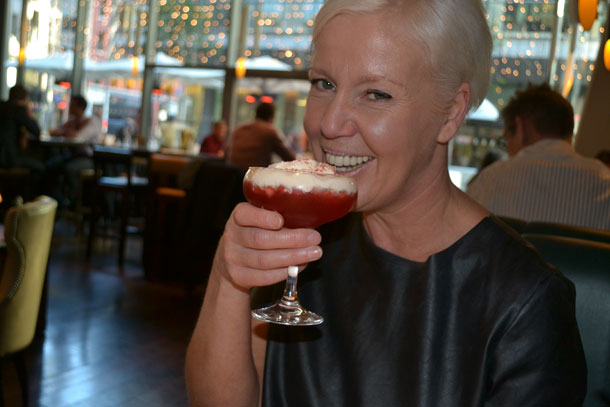 I did go all girlie with the White Choc Raspberry Bakewell which again is new and debuts their white chocolate foam. It was, in one sip, lethal, but also gorgeous. Like pudding in a glass, one for the night-time or dessert. I swerved it for lunch as we did have work to do, but will definitely sip it again.

“.The Alchemist NYS menu works throughout the day, with breakfast served until noon. everything else available until the kitchen runs out of steam.”

Onto the foodie bit and The Alchemist NYS menu works throughout the day, with breakfast dishes served until noon and everything else available until the kitchen runs out of steam. Small plates (which start from under £3) can double up as starters, with a salad (from £4.95) and a gourmet sandwich/ burger menu (from £7.50), ideal for a swift lunch while main plates are from £8.95. 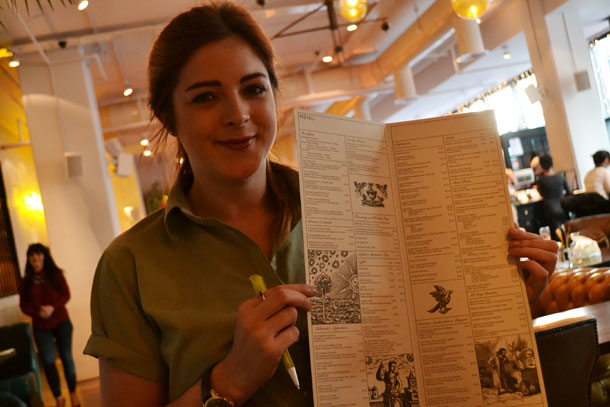 I started with one of the new lighter dishes, the chicken and spring onion pot stickers, a Chinese influenced starter that came as perfect melt-in the mouth dumplings, wonderfully matched with a soya and chilli sauce. 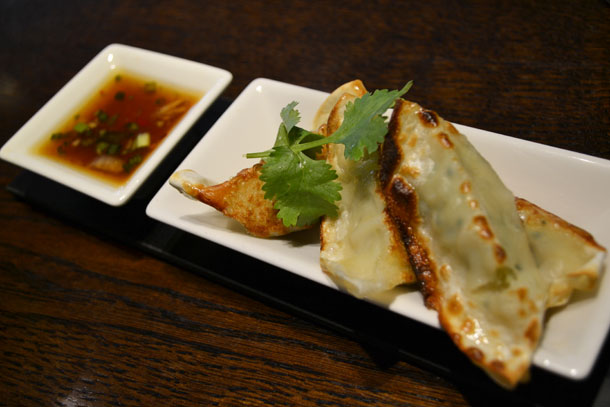 “.a pipette of Worcester sauce and at under £6 would have fed me for a week. It was perfect Autumnal comfort food.”

Ginger (who doesn’t do light) had the Mushroom Rarebit which was almost as big as me. It looked like the mother of all rarebits, the ground zero, from which all other cheese/bread based food items have evolved from. It had a pipette of Worcester sauce and at under £6 would have fed me for a week. It was perfect Autumnal comfort food, the Platonic ideal and probably the best way to spend just over a fiver that’ll you find around. 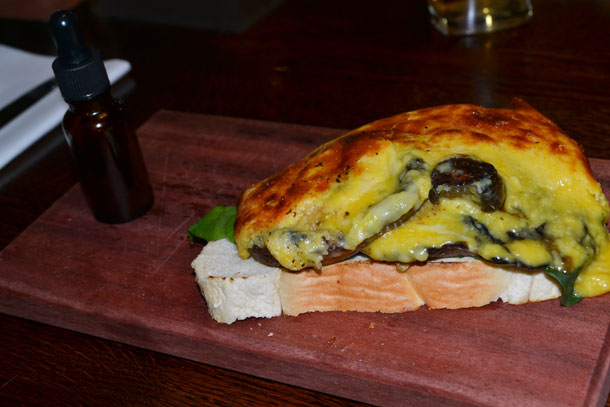 Onto mains and I chose the new steamed sea bream fillets, which again have an Asian influence, coming with fried rice and served in a banana leaf. Quite bravely it comes silver-skin side up in its basket, something the squeamish skinaphobes may be put off by. It was simply and freshly, divine. Just so tender as chunks of white fleshy fish crumbled on my fork, with a wonderful ginger perfume that cut through to release a palate-zingy flavour. 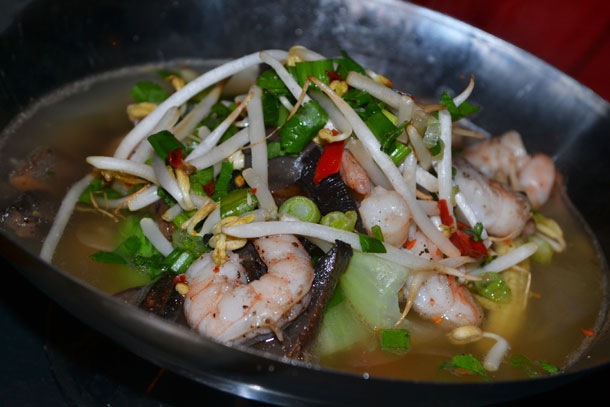 Reading over this, it occurs to me that mine and Ginger’s meals reflect the Ying and Yang of choice this new menu offers as Ginge followed up, what must be in Gingerland a canapé in the form of the rarebit, with bangers and mash. 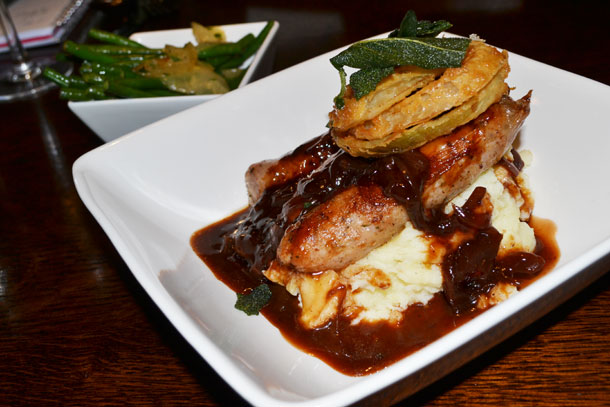 I think when Ginger dies he should donate his body to science to see where and how he can eat so much.

This he wolfed down and declared amazing as he rested, sated I think for once as he declined pudding although opted for a very girlie Baileys latte. Perhaps at last we have managed to fill the beast.

Like any good lover Alchemist NYS continues to surprise and charm.