She Bangs The Drums: untold stories from the suffragette movement 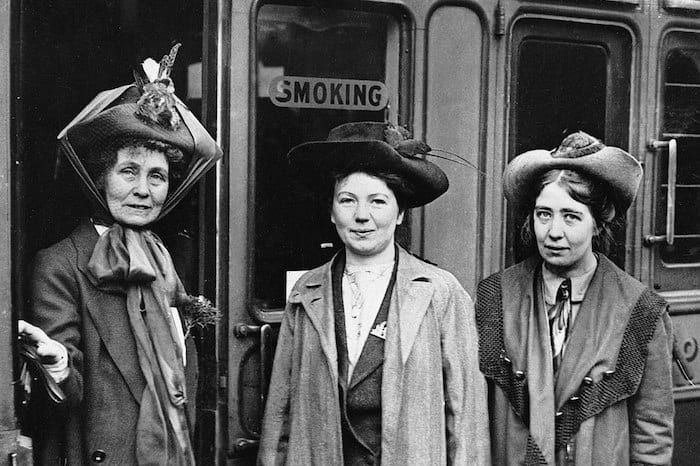 To celebrate the centenary of the Representation of the People act, award-winning Contact Young Company will present She Bangs the Drums, a play which explores some of the stories from Manchester’s rich and radical past, including, as the title suggests, the suffragette movement.

One of the members of the cast is 17-year-old Ruby O’Casey, whose great-great aunt Hanna Sheehy Skefftington was one of Ireland’s most important and notable figures in the suffragette movement.

Although she is proud of her heritage, Ruby admits being related to someone who achieved so much can be quite daunting.

“When I was eleven, my family took me to Ireland and we did a trip around the country and they told me all about my family history and showed me old family homes and we went to see Hanna’s statue.

“It was quite surreal, I’m definitely very proud of it. It’s also a bit daunting, you know, people are expecting a lot of you.”

Passionate and outspoken about modern day feminism, Ruby says she thought about how it would be to sit down with her great-great aunt and talk about the fact that women are still fighting some of her battles.

Growing up with such a rich family legacy, Ruby feels almost as if it’s her right and responsibility to continue being vocal about can u buy prednisone over the counter women’s rights.

“My ancestors sacrificed so much and fought so hard so for me that’s definitely something very inspiring that has always motivated me.”

She believes that while it is important to celebrate the progress made in the last 100 years, it is just as important to realise there still is a long way to go to achieve equality between the sexes.

Acting is another thing that runs in her family. Ruby’s grandparents and great great parents were actors too, so she feels performing always came naturally.

“I’d love it if people will feel inspired to continue speaking about women’s rights after watching the play. We want to show that, although we’ve come really far in the last 100 years, we’ve still got a long way to go.”

The show will also bring to light some untold stories about the suffragettes.

“Like this time Hanna was smashing the windows at Dublin Castle and while she was doing that, a policeman went and grabbed her by her right hand, but she was left handed so she just kept smashing them.”

Another story which inspires Ruby is that of Lady Constance Lytton, an upper class suffragette.

“She was part of the British aristocracy so her family was very, very wealthy. The first time she was arrested, they gave her special treatment in prison. She received medical examinations and they didn’t force feed her when she went on hunger strike.

“Then she disguised herself as a working class woman went by the pseudonym of Jane Warton creating another identity for herself. So the next time she was in prison they force fed her and treated her aggressively and she did that to show how people are treated according to their class.”

All women have the right to vote nowadays but recent controversy surrounding equal pay and sexual harassment have made a lot more women embrace feminism and start being vocal about women’s rights.

But what does it mean to be a feminist today for Ruby?

“A problem that I have with some women who identify as feminists is that they criticise what other feminists believe, which I think is wrong because feminism is all about uplifting women and helping each other out and the sisterhood in that.

“So for me it doesn’t make sense, feminists who tear down other feminists saying ‘oh, that’s not right.’ There’s no such thing as right feminism.”

She Bangs the Drums is at the Museum of Science and Industry 8th-11th March and is supported by the People’s History Museum.