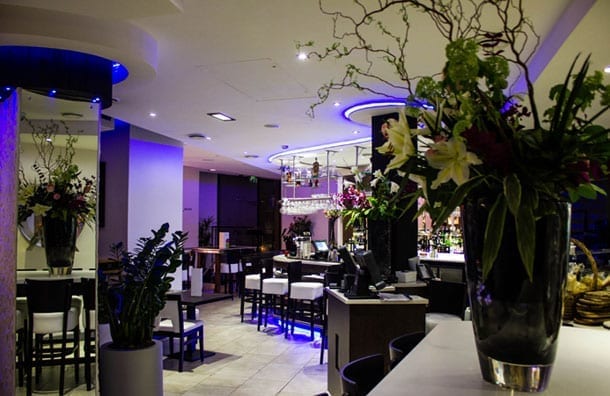 I’m not quite sure why you would call a restaurant Avalanche, it conjures up B-movie disasters to me and doesn’t say anything Italian really – well not in a good way.

For those of you who don’t know, it’s the new glitzy-bling eatery that took over Lime Bar in a fanfare a few months ago, just off Albert Square, with rumours of a fortune being spent on the interior and a general knowing nod from the foodies that it would be another ‘fur-coat-no-knickers’ Italian job.

Well it isn’t. And I don’t think anyone is more surprised than me. It’s actually excellent, reasonably priced good Italian cooking, with a chef (Almondo I think, but no-one quite knew how to spell his name) who has earned his stripes at Piccolinos, San Carlo and a host of other eateries in our fair city.

They have settled in and refined their menu which is why a party of six of us went to put it to the test and try out the debut dishes. 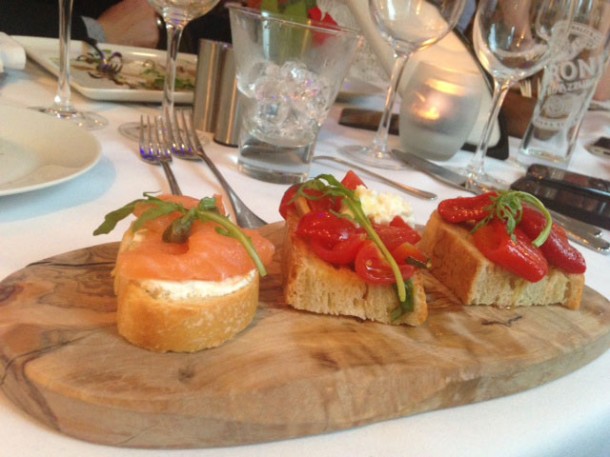 It is a lovely space and it felt a little like we were in a crispy white snow globe with blinding-white linen, glittery silver cutlery, and cool ice-berg accents throughout, so maybe that’s how they got the name.

It was also busy and bustling with a relaxed ‘people enjoying themselves’ vibe and live entertainment with a great acoustic guitarist playing Riri among others, who had been in town that week.

There’s a bit on the side of the main room where you can hold events and even get married and a downstairs club area they will be opening up at some point (they have a 2 am license).

Starters are from £5.95 and there’s a choice of classic Italian dishes. I opted for beef Carpaccio with rocket and parmesan that was tenderly perfect with a peppery sting in its tail. Obviously I dipped into other peoples and the feedback from the table was generally glowing. The goats cheese and fig salad perhaps my favourite from other peoples’ plates.

The wine is perfectly quaffable with house from £15.95 and they also have a gorgeous cocktail area if you just want to drink (we dipped into espresso martinis at the end and they were as good as you get anywhere). 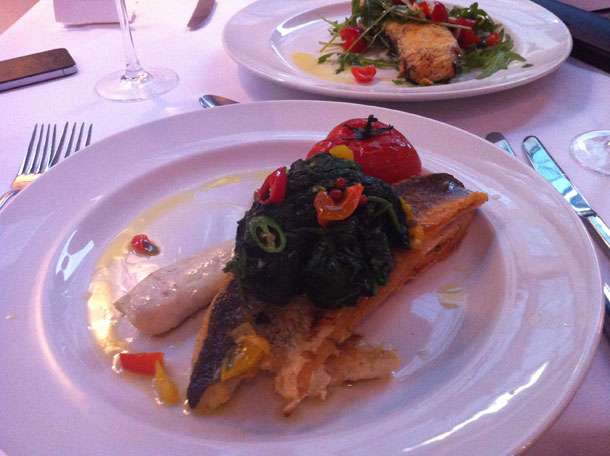 The fishy side of things has been curtailed with four main dishes and the lovely Alice, who tried the sea bass, adored her fishy offering and Vikki relished her recommended seafood linguini.

I opted for the lobster risotto which was just short of £12 and was very, very good. Better than San Carlo and on par with any I have had in Italy, I would go back for this dish alone.

The Gay had veal, which came with mushrooms, and he was waxing lyrical about its fungi fabulousness, again the kitchen showing they know how to treat this meat. 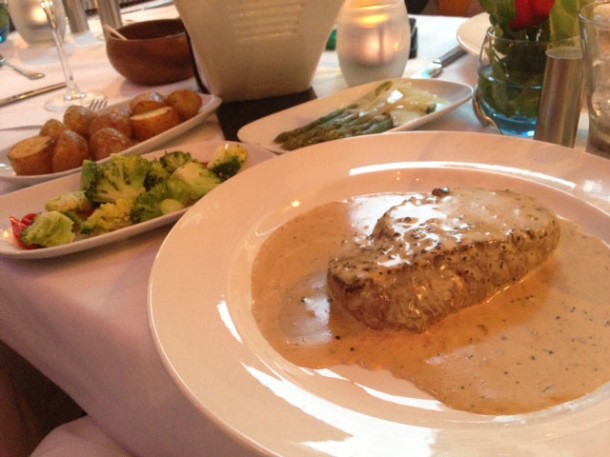 Ginger had hot footed it – well from somewhere but not sure where – to order his obligatory steak, which he said was as good as Gaucho’s or any other steak he’s had in the city – praise indeed.

It was onto puds, with most of the table opting for the before mentioned espresso martinis but those that tried, adored the sweets, particularly a perfectly wobbly panna cotta.

Everyone was in a relaxed, chatty mood having spent the afternoon chilling in the Bali health Lounge Summer pods and then being treated to fizz by the gliding James at Abode as part of their Fabulous Friday offer.

It’s the kind of restaurant where you start talking to your next door table and just generally feel relaxed and sated.

I’m glad that Avalanche exceeded my expectations, it’s good to know there is another great Italian in town. If you want to dip your toe in the water, try the lunch deal – two courses for £10.25 – or just take the plunge and do dinner. You won’t be disappointed.

An exciting new discovery we want to get to know better.