Are Man United on the telly too much? 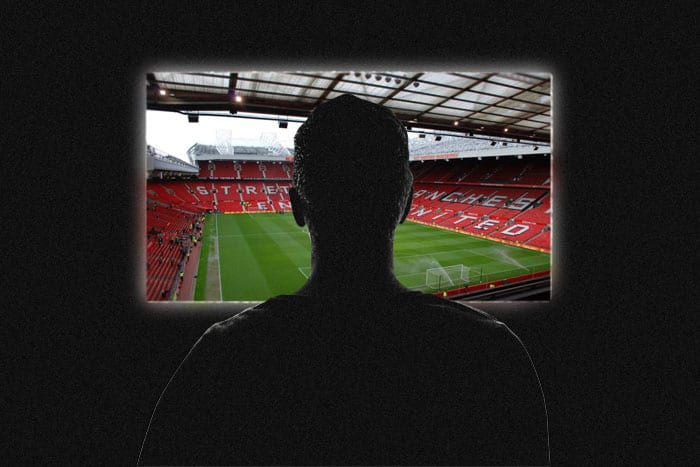 With three managers in four years, and a single FA Cup to their name, Manchester United’s record in the post-Fergie era has been disappointing to say the least.

Off the pitch, however, the commercial juggernaut that is the club’s commercial arm shows no sign of slowing. Last month’s Deloitte Football Money League saw United reclaim their crown as the world’s richest club.

And when it comes to TV, they are top of the league, too.  Their matches are still the most frequently broadcast across all channels.

There’s no denying the fact that the Reds’ huge support generates demand for their matches to be televised. But whilst United may be the best supported English club in the world, it’s Liverpool rather than United who reign supreme in terms of domestic support, according to statistics published by Twitter Analytics.

United’s number one ranking in TV popularity is reflected in this season’s schedules. Whilst reigning Premier League champions Leicester City have been broadcast just 15 times and relegation dodgers Sunderland a mere 7, United’s games have been broadcast 23 times. That’s once more than league leaders Chelsea, who tie for second place with Liverpool on 22. Manchester City are third with 21.

Not a huge difference you might think. But whereas Liverpool are not playing in Europe this season and have been eliminated from the two domestic cup competitions, United are still in the FA Cup and Europa League and are through to the final of the EFL Cup.

Every single United match in these competitions has been broadcast, as well as the Community Shield match against Leicester. That’s another 14 games in addition to the premier League matches.

So it’s United’s success in the European and domestic cup competitions which is pushing up the number of times their matches are broadcast.

If you think all United fans welcome the fact that they are on TV so much, you’d be mistaken. United’s domination of the TV schedules is not appreciated by many match-going fans who have expressed their dissatisfaction at the lack of 3pm Saturday games that results from games being televised.

If the next best thing to watching your team win is watching your least favourite team lose, it could well be that many people are tuning in, not out of a fondness for United, but hoping to see them get beat.

So despite three and a half seasons of underachievement, United are still top of the league when it comes to games broadcast on TV. And don’t expect that to change anytime soon.