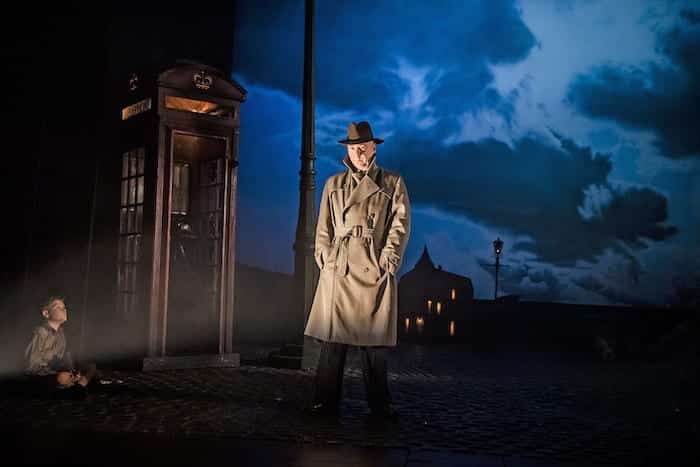 JB Priestley’s An Inspector Calls is a classic thriller. But is it still relevant for today’s audiences?

At first, it feels like a good old Agatha Christie potboiler. It’s 1912 and the Birling family are celebrating the engagement of their daughter Sybil to Gerald Croft.

Their cosy upper class existence is interrupted by the arrival of police inspector Goole who brings them news that a local woman has died. As the investigation unfolds, they realise that each of them is linked to this tragedy via their spiralling secrets and lies.

As the inspector probes this wealthy family, they slip and squirm. Their prejudices are revealed – and the fact that each of them have had a hand in the downfall of a working class woman.

It soon becomes clear that their lives will never be the same again. 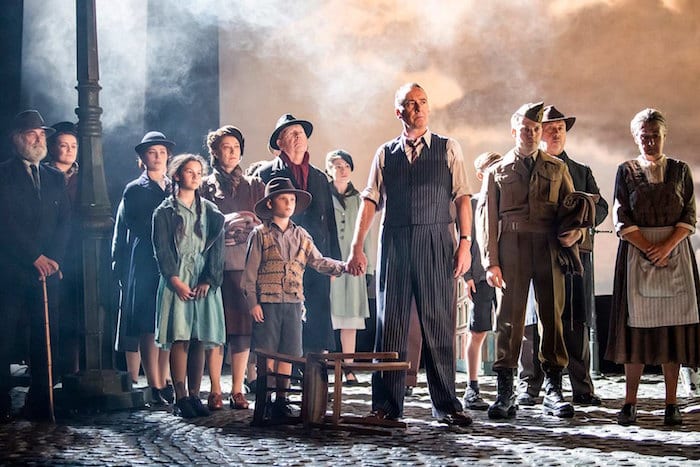 The class divide which the play uncovers is still a contentious issue today. Many of the characters’ actions and comments on society muster many laughs but also have a dark edge to them, which makes the play as relevant as it ever was.

The play also deals with the concept of walls between characters and their upbringing and the amount they earn.

Each member of the family unravels, none more so than Mrs Birling (Christine Kavanagh). She begins the play pristinely dressed up to the nines but by the end she looks dishevelled and broken.

Liam Brennan is a commanding presence as the inspector, entering the stage through the stalls and pondering his next move like a puma waiting to pounce on its prey. He relishes the rich dialogue and accentuates every line so that you can savour them. 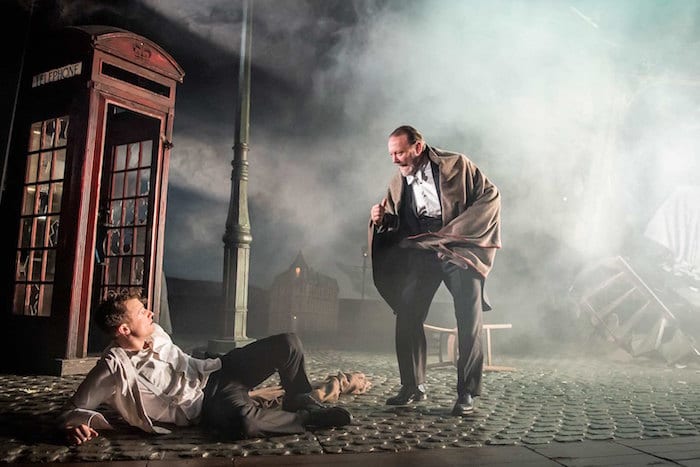 Chloe Orrock is excellent as she really taps into Sybil Birling’s insecurities. She may be not short of a bob or two but in other ways she is very poor.

Ryan Saunders expressive body language shows Eric Birling’s frustration at how privilege and compassion do not come hand in hand.

A terrifically talented ensemble stands at the sides of the stage with haunted looks on their faces, witnesses to the injustices that this family dismiss as justified behaviour.

Stephen Daldry’s celebrated production is handsomely mounted and Ian MacNeil’s sumptuous set design has the look of a Venus flytrap. The house on stilts holds the family’s misdemeanours and Stephen Warbeck’s haunting music signals that this may snap shut at any moment. 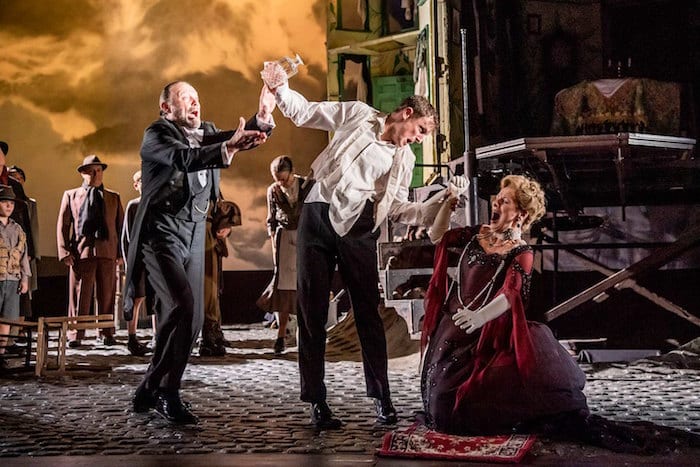 As the family starts to crumble and divide, you are reminded of how the UK now sits on two opposite sides, that there are certain discussions you now avoid in your everyday life and how uncomfortable that feels.

But, unlike these heated debates, An Inspector Calls has plenty of darkly comic moments too.

With a terrific twist that left the audience gasping on the night I attended, a superb cast, and a stunning set which is almost a character itself, Stephen Daldry’s perfect production remains visually arresting and filled with pertinent political insight about the social class system.

An Inspector Calls is beguiling, intriguing and a must see. It may have been written in 1945, but it still resonates with the times we live in right now.

The Lowry until 18th January.