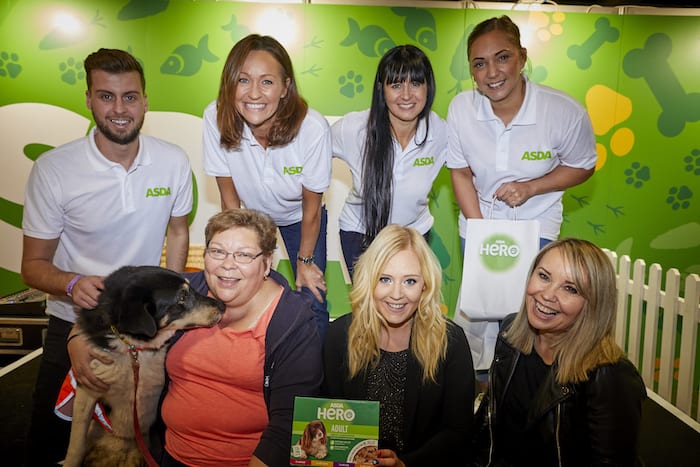 Two very special dogs have been awarded with Hero status after proving themselves worthy winners in two very different ways.

Paula Butroid nominated Sherry a nine-year-old Bulgarian Sheepdog Sherry, one of the dogs in the care of Dogs 4 Rescue in Irlam, a not for profit organisation which fosters abused street dogs from abroad, where she volunteers.

Sherry is the face and personality of Dogs 4 Rescue, despite being an amputee after being shot in the spine, resulting in her back legs being removed. She is currently looking for her forever home.

Sherry received the prestigious award from Britain’s Got Talent favourites Lucy and Trip Hazard for being the most loving therapeutic dog, helping children and adults overcome psychological issues with her friendly and placid demeanour.

“Sherry definitely deserved to win especially after everything she’s been through,” said Paula. “It’s a miracle she’s as friendly and positive as she is considering her circumstances and the cruelty she’s faced. You wouldn’t think she had wheels for back legs, she just loves life and people. She was thrilled to be made a fuss of this weekend.” 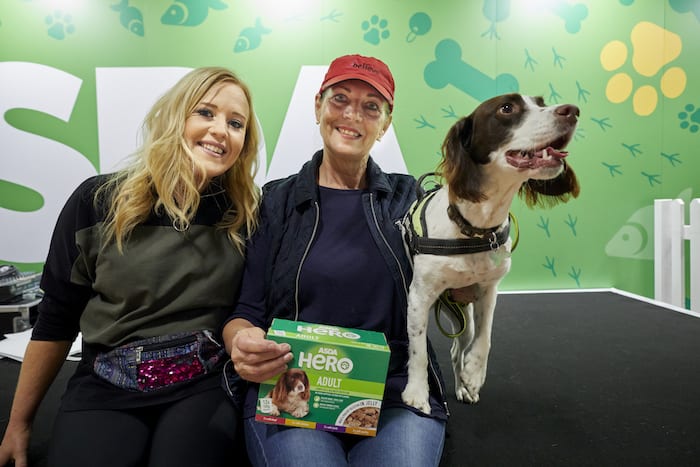 Lorraine Shave nominated her four-year-old English Springer Spaniel Elkie, who was given her Hero title because of her capabilities as a Diabetic Alert dog, which involved extensive training with an ex-police detection dog trainer, which was funded by the Rushden Swivel Club.

Lorraine’s husband John has diabetes and Elkie can detect when John’s glucose levels plummet – even when they’re sleeping.

“I couldn’t believe it when I heard Elkie’s name read out,” said Lorraine.

“I always knew she was a Hero but it was so lovely to have her appreciated by other people. Not to mention having Trip Hazard present the award, I couldn’t tell if Elkie was star struck, I think she was more preoccupied with the food and treats.”

The awards took place at the Family Pet Show in Event City at the weekend.

The search for the UK’s most heroic of dogs was launched to celebrate Asda’s newest line of pet foods, the Hero line for dogs and the Tiger line for cats. The food lines have been formulated by animal experts to provide a nutritious food that is a balance of vitamins and minerals to help keep your pet in the best health at each stage of its life.

Ruth Blondel, Pet Buyer at Asda, who took part in supporting the Family Pet Show this year, said: “We had an overwhelming number of worthy entries into our Hero canine competition, all of them living up to their ‘man’s best friend’ status, but Elkie and Sherry really stood out to us.

“It was great to meet the pair of them along with their owners, Paula and Lorraine and they really are both as friendly and tail-wagging as their entries had said. We definitely picked some worthy winners – who both looked very pleased with themselves and with their Hero hamper of goodies.”