Meet Adam Frisby – a man who founded a £30million fashion empire despite no formal business qualifications.

Adam, who left school at 15 with no GCSEs, created In The Style as a fashion brand five years ago from his bedroom with just six dresses to sell. Now he sells thousands of items every day.

The incredible success of Adam and his brand will feature in a new six-part BBC documentary starting this week, which will show how he stays ahead of the pack in the competitive online fashion industry.

Five years ago Adam had his “lightbulb moment” to create an online fashion brand to fuel the increasing demand of consumers to emulate celebrity style on a budget. It swiftly grew to become the £30m turnover company he now oversees in Salford with his fiancé alongside him, Jamie Corbett.

They both feature in the new documentary, Breaking Fashion, which starts on BBC3 on Wednesday 18th September at 10.30pm.

Adam will be seen in the opening episode talking about how he started his business, saying: “Social media, celebrity and fast fashion wasn’t really linking together and I really felt I could link this up. I’d love to say I had a massive business plan, but one afternoon it just came to me.

“I went to the wholesalers bought six dresses and I remember selling one dress on the day I launched. Quickly six dresses turned to 12, that turned into 24… and that’s how the business was built.

The TV series will follow Adam, 32, and his young team as they plan the launch of their biggest ever influencer campaign with social media star Lorna Luxe.

The documentary will show how In the Style aims to compete with rival fast fashion brands also based in Manchester – the likes of Boohoo, PrettyLittleThing and MissGuided – and show how the team navigate six-figure budgets, international production lines and pressurised photo shoots to launch their biggest collections yet.

We will see celebrities getting hands on with the design, and glamorous photo shoots having to be pulled off to the celebrities’ specification in time for speedy sales launches so that online shoppers can have the latest outfit delivered to their door hours later.

Ultimately, in the world of fast fashion, the success or failure of a collection is instant and each episode sees Adam anxiously following how fast – or not – the sales come at the end of each launch.

Breaking Fashion starts on BBC3 on Wednesday, September 18th at 10.30pm – with the whole series going live on the BBC iplayer to download then too. 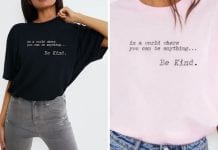 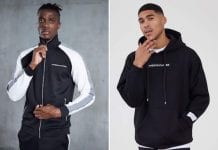 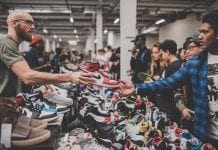