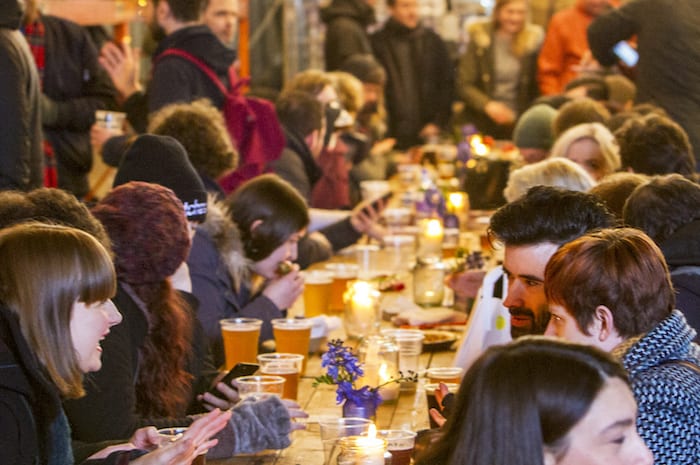 Manchester has continued to see a boom in new restaurant openings over the past year, from the casual end of the market (late 2016 openings such as Hispi, The Refuge and Bundobust have proved especially popular) through to new fine dining options such as ‘space-age Asian’ restaurant The Rabbit in the Moon.

2017 has also brought us a Mexican taqueria (El Taquero), fresh fish and seafood from Randall & Aubin, a dedicated sherry bar in the Northern Quarter (Flok), and the city’s first pay-as-you-feel restaurant, Real Junk Food Manchester, serving food that would otherwise have gone to waste.

So what can Manchester’s diners expect in 2018? Nine chefs and restaurateurs reveal their predictions for the next twelve months, from more vegan food, Hawaiian poke and fried curds to the rise of flexitarianism and the growth of cookery classes.

“I can see a rise of top end dining in Manchester, not fine dining as we know it, but similar to the style we have adopted at The French, with more restaurants focusing on relaxed attentive service and creating their own unique style with the very best seasonal ingredients,” says Adam Reid, head chef at Adam Reid at The French, The Midland Hotel.

“I’m really looking forward seeing a movement towards simple, short menus in 2018 and not just in casual dining but the higher end as well. At The French my focus is more and more on accommodating and offering an option for the ‘time-strapped’ diner who wants something great but only wants it as a part of their evening, rather than the old three hour tasting menu.” 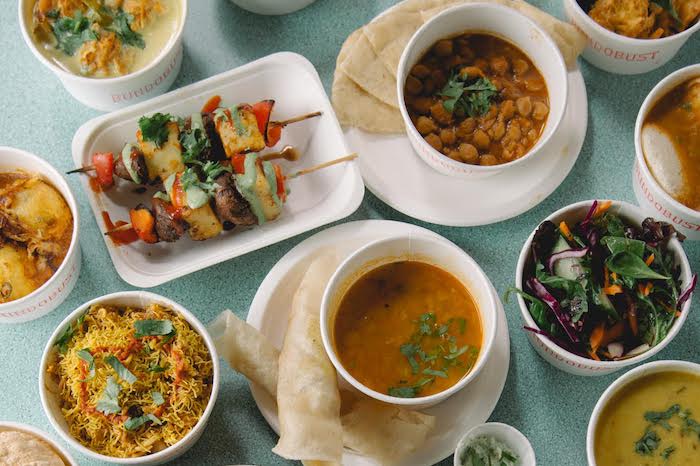 “With Dishoom opening in the new year and Bundobust doing so well in its first year, I think the Indian street food concept will continue to thrive in Manchester,” says Richard Sharples, executive chef for Elite Bistros, including Hispi, Wreckfish, Burnt Truffle and Sticky Walnut.

“Our local brewery scene is incredible and restaurants will – and should be – celebrating this more on their menus.

“We have an abundance of good quality Spanish, Italian, Indian, pizza joints, burger and steak houses; a restaurant that focuses solely on high quality British ingredients cooked simply with traditional puddings would be great. I’d be there every week.”

“With the rise in food costs and ingredients expected to continue in 2018, we expect local produce to be more in demand; it’s a good time to be an artisan producer,” says Marcello Distefano, managing director of San Carlo Group Restaurants.

“We also expect more demand for healthy, meat free options, which is something we already have plenty of at Cicchetti and Fumo. I think flexible eating habits – flexitariansim – is here to stay.”

“Veganism will carry on growing at a rapid rate but not in a ‘hardcore’ way. Instead, we’re already seeing veganism becoming ‘normalised’ with most folk with any awareness of food production gravitating towards it with at least a big reduction in meat/dairy,” says Jason Bailey, director of street food events company GRUB.

“I already know so many folk who are ‘Monday to Friday’ vegans because they feel it’s the right thing to do for environmental and ethical reasons. Those motivations are going to become stronger and stronger, and it feels like Manchester is going to be ahead of the curve when it comes to providing high quality vegan food.

“On top of that, we continue to see Mancunians are desperate to support PROPER indie businesses. Not just places that aren’t chains, but the cafes, bars, restaurants and pop ups that are very transparently run by real human beings who are trying to do something special.”

“The trends believe we will see more of in 2018 will be more nose-to-tail concepts appearing,” says Richard Brown, co-founder and chef, Beastro.

“Consumers now are more aware of food waste and care more about the animals that are being used – whether they’re free range or organic, for example. I believe we will see more chefs using more of the animal to ensure there is less waste, showing respect not just for the animal but also educating guests in the delicious other parts of the animal.

“Another trend that we have seen in 2017 that I believe will continue into 2018 will be the growth of clean eating restaurants. It goes without saying brunch is now at the forefront, but I believe restaurants offering clean eating and vegan cuisine, with a focus on healthy options, are going to continue to go from strength to strength as customers are more conscious of what they are putting into their body.”

“I think the summer of 2018 will see a growth in places selling poké – which is fresh marinated fish with avocado, ripe tomatoes, sesame oil and soya citrus marinades,” says Jason Palin, chef director of cookery and barista school Food Sorcery in Didsbury. “The dish is trending in the USA and is originally from Hawaii.

“Also, fried curds – originally a Wisconsin dish and created by dairy farmers using leftover curds. The UK has a wonderful dairy industry, with amazing curds just waiting to be snapped up.

“First time home buyers will be staging more ‘easy eats nights’, with groups of friends on weeknights sharing varieties of soups and sides, breads and dumplings. And there will be more value-based group cookery classes, with comfort foods, making dishes that can be shared and then reheated the following day.”

“I honestly think more Asian food from the Far East will arrive on the food scene,” says Nelson Lam, founder of Viet Shack and The Fusion Lab.

“With my prediction, I think there will be a lot of vegan or vegetarian fusion options. I have been personally working on some Tofu-Tacos, which has been an amazing success.

“A lot of chefs will be applying gastronomic cooking techniques to simple ingredients such as tofu, mushrooms and Asian greens, and then adapting them to western bases.

“It would be wonderful to see more flavourful vegan broths also. We see great noodle bowls everywhere, from Vietnamese pho to the classic ramen. But we are yet to see a beautiful garnished bowl of vegan noodle soup with different vegetables from around the world.”

Fine dining in the city

“I believe that 2018 is definitely the year we’ll see fine dining really coming into its own in Manchester. Hopefully with Wood continuing to help that development,” says Simon Wood, 2015 MasterChef winner and executive chef/owner of Wood Manchester.

More options out of town

“People are less willing to put up with mass-bought, frozen ingredients anymore (as used by a lot of large chains).

“I also think there’ll continue to be an increase in out of town restaurants opening, as rents and rates have hit a premium within Manchester city centre.

“We’re also looking at working even more with the customers, which is something that I think will continue to be appreciated – involving them and offering ways to learn more from what we do. Cookery classes have seen a big increase – our masterclasses at Salvi’s are hugely popular. People are keen to recreate the dishes at home. We are also going to be developing cookery classes for the younger age group, allowing them to learn a very important skill in life.”