47 King Street West has gone all grown up... 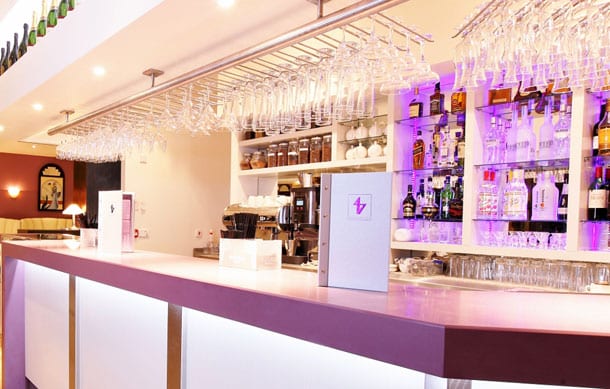 We’re lucky in Manchester to have a plethora of great Italians, ethnic cuisine and at the moment you can’t move around the city without falling over posh burger places, but somehow we seem to have given French cooking the cold shoulder.

“…47 King Street West has gone all grown up and introduced some true chic to the city.”

There’s the Midland, but for those who don’t have the zillions needed to dine there, the options are limited, so it was delightful to find that 47 King Street West has gone all grown up and introduced some true chic to the city.

It started doing an evening menu over a year ago when it snaffled a new head chef in the form of Rod Francis (whose credentials include Lounge 10, Malmaison and iconic Mash & Air) and underwent a £100K refurb with a stylish new bar. Their cocktails are to die for, check out their Summer cocktail offer… 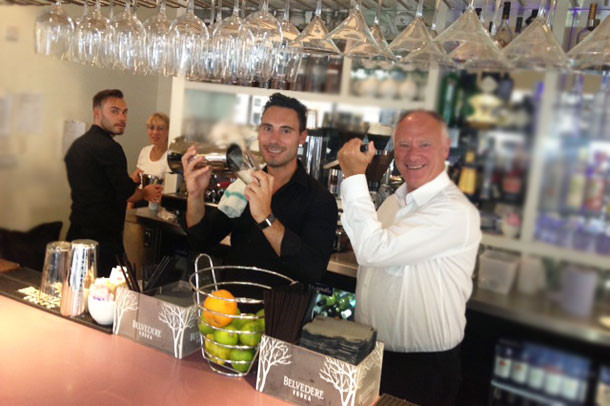 Returning to review one year on and the menu has been refined, as you would expect. Bistro styley definitely with some Asian and other Med influences but there is more than a pleasant whiff of French cuisine around the whole thing.

I went headlong in tucking into scrummy foie gras parfait (starters are from £5.75) which was a pleasure to eat and took me back to my days lounging in Paris while the Gay opted for scallops which were juicy islands of flavour, cleverly matched with chorizo, confidently cooked and scrummy enough to pass his demanding scrutiny. 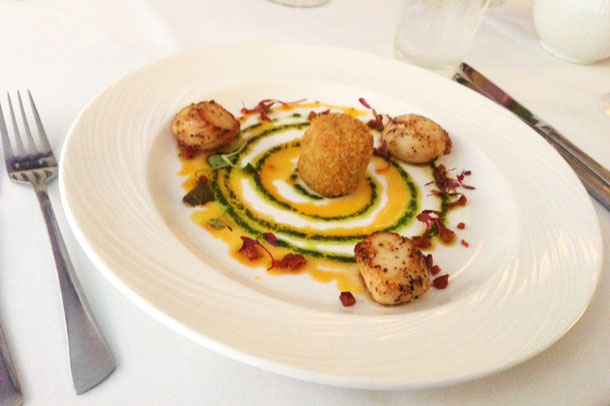 Ginger was feeling all sophisticated and a bit veggie, so tucked into that non-meat eater staple of goat’s baked goats’ cheese which he relished.

Onto mains (from £13.75) and one of the signatures is duck with pak choi which Barry, one of the two brothers who own this sophisticated eatery opposite San Carlo had recommended. 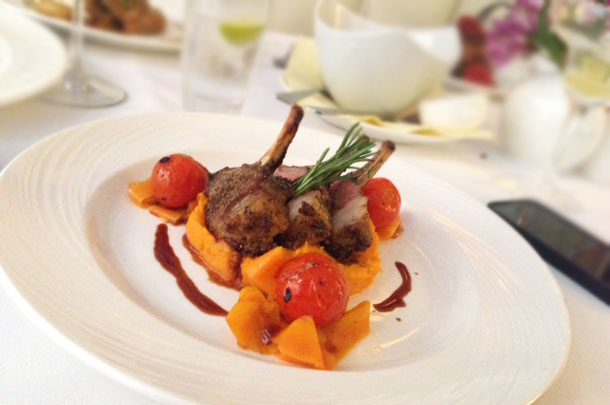 It was just what you want in duck, pink, moist and perfect with the raspberry jus. The Gay opted for oven-baked veal, one of the dishes we have struggled to find done well in Manchester. I was going to say this was the headline act of this meal, and indeed was very good, with that buttery melt-in-the mouth taste you want in this dish. Perfect.

But the real star for me was the moules marinere, and as I often say in reviews, sometimes there is one dish you just have to go and try, and this is it.

Wonderfully plump mussels, beautifully cooked, with the marinere gorgeous for dunking bread in or slurping off a spoon. This was officially Ginger’s main but as you can tell, I nicked it.

Puds were tangy English cheese for me, which was heavenly, while the boys enjoyed 47’s take on Eton Mess, a perfect blend of meringue, fruit and cream and raspberry crème brulee that was to die for. 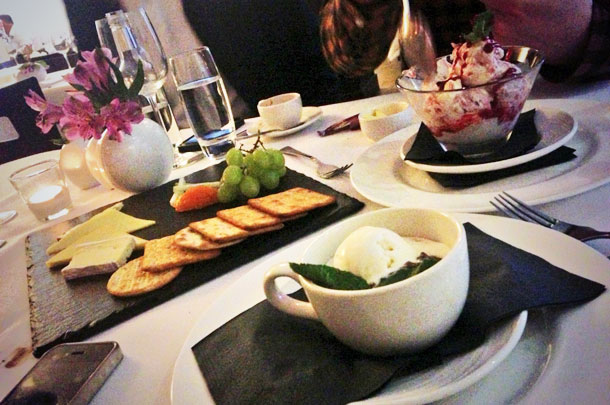 This is great cooking, in a wonderful setting with perfect hosts and brings a much French accent to the city’s eateries.

Don’t miss out on their fabulous offer: three courses AND a glass of crisp Valdobiaddene Prosecco on arrival ALL for £25. Now available Wednesdays, Thursdays, Fridays (6pm – 10pm) and Saturdays (6pm – 7pm).

A continental love affair to remember.