Whether you want to celebrate in style, go clubbing or prefer a proper knees-up, there’s something for everybody looking to welcome in 2017 in Manchester. Earlybird tickets are available now for many of these events, so book now to avoid disappointment – and save money! 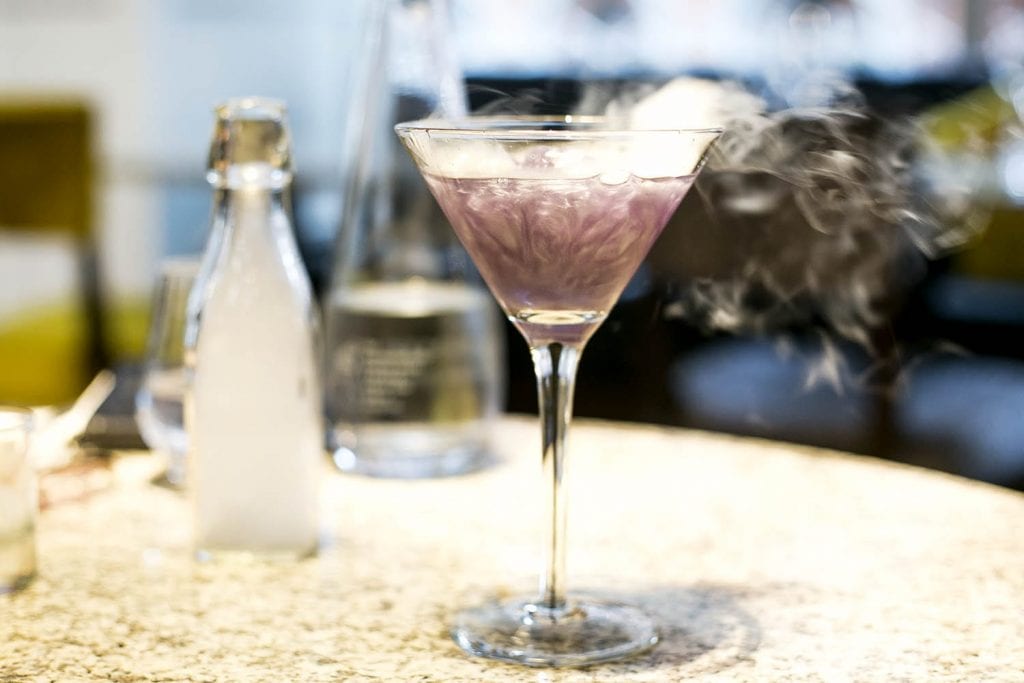 Enjoy a superb seven course seasonal taster menu promising a few surprises along the way at one of Manchester’s finest restaurants.  £95 per head. Add wine for extra £35. Live music from 7pm and complimentary glasses of champagne on arrival and at midnight.  Call 0161 6969700 to reserve your place.
www.grafene.co.uk

Swing into the New Year at Don Giovanni

Manchester’s oldest Italian restaurant are doing a 5 course meal for £69.50 with complimentary prosecco on arrival. What’s more, if you book now at Don Giovanni, your welcome glass of fizz will be changed for a bottle. They have ‘Master of Swing’ Frankie Paris performing in the restaurant, playing tribute to the rat pack and other legends of swing. Call to book 0161 228 2482

Arrive to a complimentary glass of prosecco, enjoy a three course menu then dance the night away upstairs at The Fitzgerald’s Great Gatsby Party. Dinner is £40pp for 3 courses with prosecco on arrival and complimentary ticket to The Fitzgerald worth £15. To book, email christmas@rosylee.com

In Thailand they love to celebrate big, so Thaikhun are bringing the celebrations to Spinningfields. They’re taking reservations from 8.30pm and once you’ve booked, the table is yours for the night. Spaces are limited so book your table now. £5 cocktails all day, dessert and glass of fizz £8. Enter the raffle with a chance to win a hamper of Thai treats, vouchers and much more with all proceeds going to Thai Childrens Trust. Bar open until 1am.

Celebrate New Year’s Eve in style at Gaucho where they will be offering their delicious a la carte menu until the early hours. It doesn’t get much better than this if you’re a meat lover.
www.gauchorestaurants.com/restaurants/manchester/

Vogue As You Are at The Refuge by Volta

New Year’s Eve at The Refuge will be hosting Vogue As You Are, an egalitarian celebration of friendship, inclusivity and togetherness through music and dancing. Some of the city’s most respected DJs will herald in 2017 with an optimism that only music can provide, with a line-up that includes Krysko, DJ Paulette, Neil Diablo, Chris Massey, Blasha & Allatt and Dance Lady Dance, ably assisted by Vogue dancers and by Chacha Boudoir performances around the main bar, Winter Garden and The Den. Party/ party & eat tickets/ party & sleep tickets all available.
www.refugemcr.co.uk 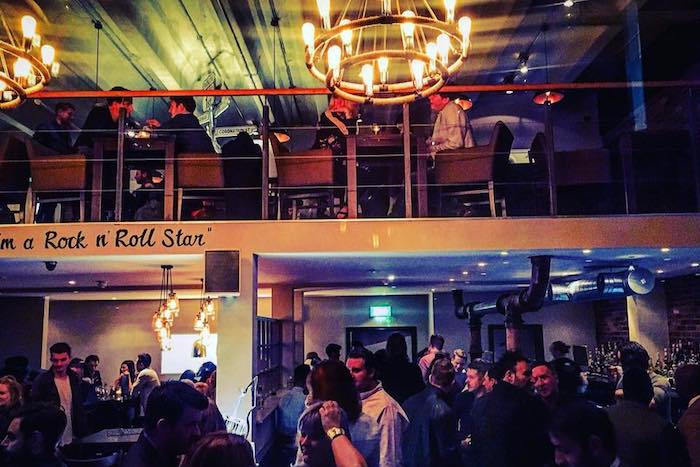 Great Gatsby Party at The Fitzgerald

Dress to impress and join the party of the year with all the glitz, glamour and excess of the 1920s.  Northern Quarter speakeasy bar The Fitzgerald is going all out Gatsby with jazz and electro-swing DJs, a silent cinema and 1920’s props. There’s a 1920’s glamour dress code so think flapper dresses and tuxedos.  £15pp includes glass of prosecco on arrival. Tickets here.

No one parties quite like Latin Americans, so take a leaf out of their pocket book of cheer, pick the perfect outfit and get set for the biggest celebration of the year at Revolućion de Cuba. Arrive early to enjoy three-course dining or tapas parties with plenty of mojitos and maracas. Then get shaking those salsa-style snake hips to a live band and grab a glass of Veuve Cliquot Champagne to greet 2017.  There’s a range of party packages to suit varied budgets, from queue-jumping through to your own dedicated VIP area.

Quiffs and beehives at the ready. All Star Lanes are kicking off 2017 in style at their New Year’s Rockin’ Eve party with DJs playing the very best retro rock and roll, funk, soul and D.I.S.C.O to get you swinging and shaking both on and off the lanes until 2am. The fun starts at 8pm and includes a few rounds of sliders and canapes for you to get your hands on, with entertainment and treats throughout the night. A la carte menu available until 10.30pm and late night snack menu from 11pm for those midnight munchies. Choose from The Boozer (£15 entry, welcome drink and free fizz at midnight) or The Bowler (£20 entry, welcome drink, bowling from 9pm and free fizz at midnight). Tickets here

Boogie Nights at The Whiskey Jar

The funky event to top them all Boogie Nights will be bringing sweet rhythms to Northern Quarter bar The Whiskey Jar. It’s set to be a proper party for the people with Disco Stu.  Starts at 10pm. Tickets here.

One of Manchester’s most exclusive venues, the Milton Club will be putting on a stylish New Year’s Eve party with plenty of champagne, live musicians and, of course, the dancefloor.
www.themiltonclub.co.uk

Get your hands on some glowsticks and party in the Northern Quarter’s biggest basement bar. DJs will be spinning the tunes from 10pm along with a massive midnight countdown with the celebrations going till 5 in the morning. So what you waiting for? Put on your dancing shoes, grab those glow sticks and make your night the most memorable of 2016. Tickets from £5.
www.divenq.co.uk

Dukes 92 will be hosting their usual fabulous party with a glass of bubbly on arrival, a complimentary hog roast served throughout the night, fairground rides, DJs, live music and fireworks at midnight. Tickets here.

Manchester’s original Tiki experience brings you a New Year’s Eve party filled with fun, exotic cocktails and shake your booty dance beats. Hula’s famous Zombie cocktail will be flowing all night long plus many more. Anyone wearing a Tiki shirt gets a free drink. £10 for an early bird ticket with guaranteed entry before 11pm plus a cocktail, £8 on the door after 10pm and free beforehand.

End 2016 dancing away to an eclectic mix of funk, soul, hip hop and R’n’B alongside all your favourite party classics at Hula West Didsbury. There’ll be plenty of Tiki-style drinks, cocktails, prizes and give-aways galore. Doors open from 8pm.  £5 for an early bird ticket and guaranteed entry before 10pm, £5 on the door, free before 10pm.

Hip hop right into 2017 with 12 straight hours of non-stop partying as two great Northern Quarter bars come together. Tunes from Murkage boys, Robb Rocks and Kenzo, plus MC Faro playing all that Hip Hop and RnB you like. Open until 4am.  Free before 10pm, £5 after. Tickets here.

Release your inner star at Infamous Diner with American themed food, drinks and a NYE karaoke special. A great way to get you in the mood for a party. Choose your favourite tunes, sing your heart out and say goodbye to 2016 US-style. Call 0161 819 1798 to book a booth.

NYE Party with DJ Rikki Humphrey at The Blue Pig

A massive New Year’s party featuring disco, afro, funk, soul, hip-hop and everything in between at The Pig’s big countdown to 2017. With upcoming releases on several different UK labels as well as a string of remixes in the pipeline, Rikki’s fresh and unique sound will take you from 2016 to 2017 with a bang. 8 till late. Free entry all night.

Big Bavarian-style beer hall Albert Schloss is known for its gutsy, glamorous parties and is taking things to another level with the ultimate NYE bash. Expect roaring entertainment, dancing, DJs and plenty of beer.
albertsschloss.co.uk

NYE Funk and Soul Party at Band on The Wall

If you are looking for something musical with plenty of groove, the Funk and Soul party at Band on the Wall is for you. DJs will be spinning the tunes along with a live session from the Haggis Horns.
bandonthewall.org

Get ready to party like it’s 1925 at The Fitzgerald Heaton Moor’s Cocktails & Champagne Party There’s live jazz acts performing from 7.30pm and a DJ playing electro swing and jazz style tracks ’til late. So get your flapper dresses and tuxes at the ready, because this will be one very sophisticated, speakeasy-style party. Free entry, booth packages are available to book, which will guarantee entry. Entry is first come, first served – so get down early. To book email: bdm@markandrewdevelopments.com.

Tusk Heaton Moor will be ending the year with a huge New Year’s eve bash so you can eat and drink your way into 2017. The a la carte menu is available all day, right up until 9pm,  then the DJ will take centre stage, to get you in the party mood. You can even pop upstairs to The Fitzgerald because the doors will be open for you to roam freely. To book a table to dine, call 0161 442 4314. Free entry.
tuskmanchester.com

Manchester’s longest running club night turns 21! Every single one of Funkademia’s 20 previous New Year’s Eve parties has sold out-and they expect this year’s to be no different.David Dunne will be spinning in the New Year backed up by their resident DJ collective who will be playing the biggest Funkademia dance floor killers with absolutely no fillers. Tickets are on sale now via Skiddle
www.skiddle.com/groups/funkademia

La Discotheque launched on the Manchester disco scene last month with a spectacular show at Albert Hall and they’re back with a New Year’s Eve party. Topping the bill is soul legend Candi Staton, who will perform all of her disco anthems. Be prepared for an astonishing New Year’s Eve night beneath giant mirror balls and spectacular cascades of glittered confetti. Tickets start from £29.50.

MTV Base NYE Party at the O2 Ritz

One of Manchester’s biggest New Year parties and it’s MTV-approved so expect some top tunes. Hosted by Charlie Sloth and joined by Bugzy Malone and many more, this is a club night on a massive scale you won’t forget. Tickets here.

A quality club night in a massive warehouse venue with tunes from Sirius Hood, Cause & Affect, Holly Goof and many more. Starts 9pm. Tickets here.

WHP16 at The Warehouse Project

See the year out in style with the best of 42’s playlist – indie, rock, dance, funk and party classics.  Huge 12 o’clock countdown, full club decor and free bubbly but most importantly no rip-off bar prices. Tickets £8.

Welcome in the New Year with a club night as energetic as an all-night circus.  It’s a multi-genre celebration at Bowlers Exhibition Centre with 6 arenas and Illuminaughty acts amongst the massive line-up.  Starts 8pm with tickets from £15.

Manchester’s much loved 60s/70s clubnight Howling Rhythm is taking to The Ruby Lounge for a Stevie Wonder special this New Year’s Eve. There will be live brass from the Howling Horns too! Starts at 9.30pm, tickets £10.

Celebrate NYE at this iconic Manchester venue with tunes across rooms! In the main, KISS Fresh’s DJ Preditah will be bringing the beats, joined by Frisco, Coki and Murlo –  some of the best DJs around – plus Manchester legends Rum&Bass. Upstairs will be disco through the ages brought to you by The Motherfunkers. Tickets here.

Manchester Food and Drink Festival is back for 2021 – dates announced