20 must see theatre productions in Manchester for 2017 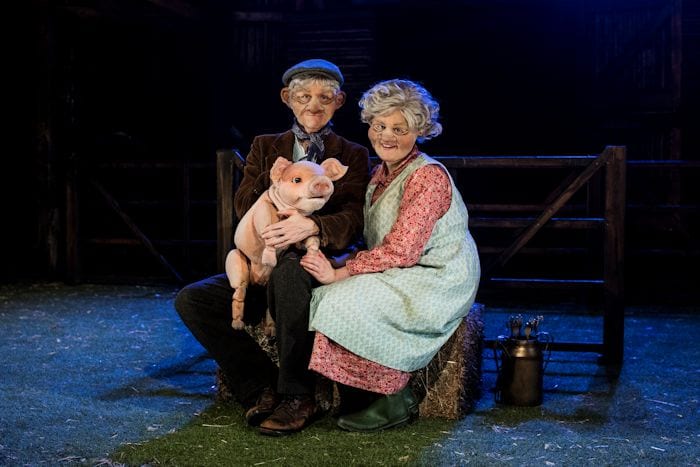 Here’s 20 shows coming to Manchester this year which prove there’s more to theatre than jukebox musicals.

This year marks the 170th anniversary of the publication of Charlotte Brontë’s Jane Eyre. This exciting new stage version was originally presented in two parts at Bristol Old Vic, and then transferred to the National Theatre, re-imagined as a single performance, playing to sold out houses at the Lyttelton Theatre. Manchester born and bred Nadia Clifford takes the central role of Jane Eyre.

Adapted from Dick King-Smith’s much-loved children’s novel which inspired the Oscar-winning 1995 film, Babe The Sheep-Pig will be brought to life on stage in an enchanting new production featuring stunning puppetry, an original score and an utterly charming ‘baa-ber sheep’ quartet 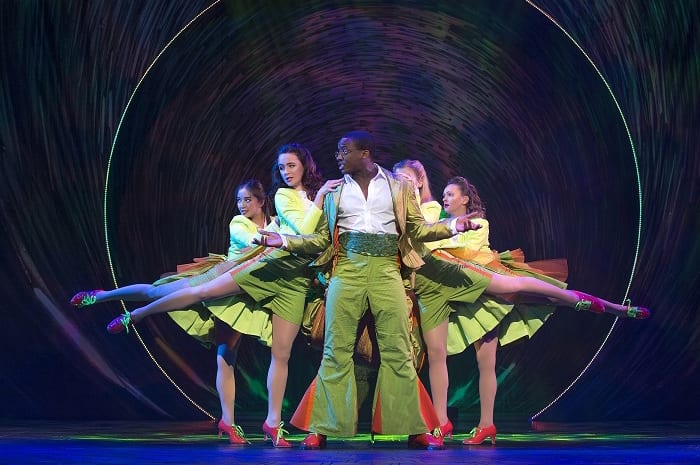 Transport yourself to the magical world of Lewis Carroll’s Alice in Wonderland. Hailed by the New York Times as ‘inspirational’, Wonderland is an enchanting musical adaptation of Alice’s Adventures in Wonderland and Through the Looking Glass with a huge heart, a medley of magic and a whole lot of psychedelic wonder.

This production promises to take you on a magical journey through the world of musical theatre featuring a stunning live orchestra and songs from everyone’s favourite musicals including Lés Mis, Phantom of the Opera, Guys and Dolls, Jekyll and Hyde, Footloose, Ghost, Sister Act, The Witches of Eastwick and many many more.

Following several years exploring the weird world of conspiracy theories, and inspired by the bizarre realm of pop culture, mind control and Illuminati imagery, MK ULTRA brings a hypnotic, high energy, supercharged mash-up of dance, music and imagery to the stage. If you’ve never heard of the Illuminati, you soon will. And if you do, expect MK ULTRA to shatter everything you thought you knew.

An allegory about McCarthyism in 1950s America, The Crucible is a classic of 20th century theatre. In a tight knit community in seventeenth century Salem, New England, a group of girls is caught dancing wildly in the woods. Allegations of witchcraft ensue. Lust, superstition and personal grievances collide and the whole village is quickly consumed by an unstoppable flow of fear, paranoia and manipulation. Suddenly no one is safe from their neighbour and the noose. Who will survive?

Based on Lewis Carroll’s sequel to Alice in Wonderland, The Looking Glass is interactive and family-friendly, brought to you by Carnival of Eternal Light. You are invited to explore Alice’s journey back through the wonderland through circus, dance and drama in the intimate setting of The Kings Arms upstairs theatre.

Multi-award winning writer and performer Kieran Hurley weaves a picture of a familiar city at its moment of destruction, asking what would we do if we found ourselves at the end of our world as we know it. Heads Up is a show about how we, as a society, make sense of our lives in the context of global catastrophe.

In 1933 Erwin Schrödinger won the Nobel Prize for his contribution to quantum mechanics. He theorised a box in which a cat exists as living and dead at the same time. In 1998 Anglo-Belgium company Reckless Sleepers built that box and now, almost twenty years later, they are climbing back inside. In one of the company’s most celebrated performance pieces the impossible is probable. Truth and illusion are inseparable. Laws are made, bent then broken. It’s a visually mesmerising performance that sways between question and answer, chaos and order, what we can measure and what we can’t.

This is the first UK revival of Martin Sherman’s Rose, an award-winning, one woman production which originally premiered at the National Theatre in 1999. Featuring Academy Award nominee Dame Janet Suzman as Rose in a journey through a long and tumultuous life which follows the fate of European Jews through the 20th century. Written by Martin Sherman and directed by Richard Beecham.

Welcome to the world of a young man named Ryan – a world consumed by image and obsession, where self worth is measured in muscle mass and where self improvement becomes self destruction. A world that is spiralling out of control.

One of the most controversial novels (and films) of the 90s, is now a play. Expect foulness and filth as you follow the tale of Mark Renton and friends, a group of addicts living in Leith whose lives and experiences highlight the horrors of the mind and body, but equally the strength of humanity. Features some great music too.

53Two is one of Manchester’s newest and most innovative artistic spaces, spanning two iconic tunnels on Deansgate and an ideal venue for powerful theatrical pieces. Forever Changes is a bold drama which shows the repercussions of domestic abuse on both the survivors and perpetrators. Written by Dave Jones and directed by Craig Sanders, whose The Trial was a big winner at the recent Manchester Theatre Awards, this play already has people talking.

Hot on the heels of a record-breaking, critically acclaimed West End run, this new production stars northern lass and award-winning actress Sheridan Smith as Fanny Brice whose vocal talents see her rise from Brooklyn music hall singer to Broadway star. It features some of the most iconic songs in film and theatre history, including People and Don’t Rain On My Parade.

How The Other Half Loves

Following a critically acclaimed West End revival, Alan Ayckbourn’s hilarious tale of matrimonial mishaps is embarking on a national tour and arrives at The Lowry in September. As Bob and Fiona clumsily try to cover up their affair, their spouses’ intervention only adds to the confusion. William and Mary Featherstone become hopelessly stuck in the middle, falsely accused of adultery and with no idea as to how they’ve become involved. The plot culminates in two disastrous dinner parties on successive nights, shown at the same time, after which the future of all three couples seems in jeopardy.

An intoxicating play about surviving in the modern world, People, Places & Things comes to HOME following a critically acclaimed, sold-out season at the National Theatre. Emma was having the time of her life. Now she’s in rehab. Her first step is to admit that she has a problem. But the problem isn’t with Emma, it’s with everything else. She needs to tell the truth. But she’s smart enough to know that there’s no such thing. When intoxication feels like the only way to survive the modern world, how can she ever sober up?

Joseph and the Amazing Technicolour Dreamcoat

Andrew Lloyd Webber’s Tony award-winning Sunset Boulevard  comes to The Palace Theatre telling the story of faded film star Norma Desmond and her complicated relationship with Joe, who is on the run from debt collectors. A full orchestra accompanies those favourite tracks including With One Look, The Greatest Star of All and The Perfect Year – it’s sure to be a spectacular evening.

Based on the popular movie with Will Ferrell, Elf is the hilarious tale of Buddy, a young orphan, who accidentally crawls into Santa’s bag of gifts and is taken to the North Pole. He then embarks on a journey to New York City to discover his true identity, and help New York remember the true meaning of Christmas. The show sold out on the West End and is back in Manchester by popular demand- the perfect little pick-me-up in the lead up to Christmas.