18 Things To Do In The School Summer Holidays

It's that time again: the summer holidays... 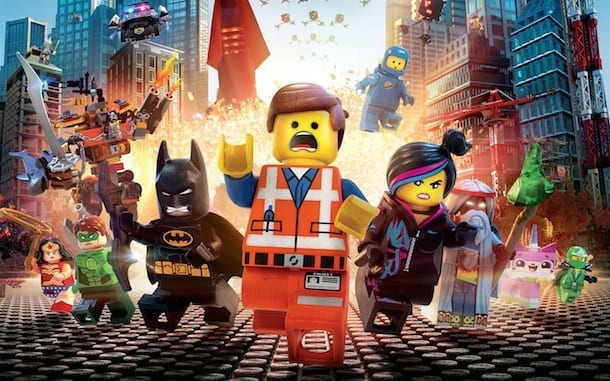 It’s that time again: school’s out for summer. It might not be enough for the kids, but for you, maybe it’s just a little bit too long. Five weeks too long. There is no need to panic though; I Love Manchester has compiled a few really meaty activities to get your whole family stuck into without sacrificing your walls to crayons. Because the city’s not just for grown-ups. It’ll be Back To School period before you know it. Trust us.

If you’re the kind of parent that perspires at the thought of watching In the Night Garden then this will suit you, your sanity AND your offspring. This walking trail takes you on a tour of Castlefield through a series of clues that exist on current monuments and buildings. Worksheets can be printed off or picked up from the Manchester visitor centre near the start of the trail. Educational, an opportunity for exercise and a chance to win a cash prize if the correct answer is found. See Manchester differently!

Manchester is the home of CBBC. CBBC is the reason why you have a couple of post-school hours to yourselves. You owe the CBBC a lot. They even have a great way to keep children occupied during the summer holidays. Now you and your kids can take a tour of the Children’s British Broadcasting Corporation in an interactive way. You’ll be able to see the sets of Blue Peter, Newsround and experience what it would be like being a CBBC presenter or weather person.

3. Here’s One We Made Earlier Tour

You can tell how proud us Mancs are of Media City because this is another BBC-related event. It’s a little more vintage and as you might have guessed, takes its name from the popular phrase coined on Blue Peter. The major exhibition takes a look around ninety years of children’s broadcasting from the BBC, going from Muffin the Mule to Newsround via Bill&Ben. The exhibition runs between Sat 19 July and Sun 12 October.

Another one for the whole family. The most famous – and best – of the laser tag games, this one boasts multi-levels and the unique laser matrix. Located at the Trafford Centre and loved by over a million visitors since its opening; have a go at laser quest, and try not to get too competitive against the kids.

Though it is unlikely we will appreciate the fact as much as our carpets, we all know that kids love mud. Manchester city centre may usually be all pavement but this summer it’s being transformed into an Eden. Events will be taking place throughout the first week of August and many activities will be aimed towards those mud-loving kids of yours. Expect den-building, a mini city farm (with live animals) and ’50 things to do before you’re 11 ¾.’

Ever wanted to get your kids into jazz? Or maybe you just want them to know just how cool it really is. There’s still time to visit the Manchester Jazz Festival, as it runs until the 27th July. There are many acts still to come and if they’ve been extra good, you could always take them for Jazz-inspired afternoon tea at the Midland afterwards!

Of all the establishments that understand the plight of the parent, All Star Lanes are perhaps the most sympathetic. Their great kids deal means that food, drink and activity are all catered for and wrapped up in one little note of £10. From 5pm, any kid’s main such as southern fried chicken with fries, a soft drink and a dessert can be purchased alongside a single game of bowling for a tenner. That’s value.

Here’s a question for you: is your child faster on the bike than Jason Kenny? The Ministry of Science and Industry has the means to find out. Nothing if not educational, good old MOSI has a schedule bursting at the seams to satisfy offspring, that includes a miniature velodrome complete with time trial bike. Most of the workshops will be free and even more will be engaging enough to keep you from boring yourself to tears.

What with exhibitions such as Collider and Manchester Mini Maker Faire, The Museum of Science & Industry is the perfect blend of eduction and fun. MOSI’s summer theme of Imagine it, Make it, Move it continues apace this coming weekend with the Museum’s third annual and ever popular Manchester Mini Maker Faire. Over this coming weekend of July 26/27, MOSI brings together makers, families and visitors of all ages and experience to celebrate, inspire and showcase all kinds of remarkable hand-made projects.

Get your blankets and baskets at the ready as ‘The Manchester Picnic’ will be returning this August (29th-31st).

Organised by the Piccadilly Partnership and CityCo, The Manchester Picnic has become a firm highlight of the city centre summer calendar. This year’s theme is ‘Play’ to celebrate the recent opening of the new children’s playground near the Victoria Memorial in Piccadilly Gardens.

If there is one venue in this list that will make you want to be a kid yourself then it’s this one. Play Factore, situated next to the Trafford Centre, is the UK’s largest play centre and boasts the largest play frame in the whole of Europe and the tallest slide in the whole world! Completed by it’s own laser quest, zip wire and pizzeria, Play Factore may just be your most visited attraction this summer.

LEGO ain’t dead. The vintage toy to end all vintage toys is still going strong in Manchester with the centre that is a LEGO’s throw away from the Trafford Centre. MINILAND is an attraction that recreates Manchester’s best known venues with 1.5 million LEGO bricks while a theme park-type shooting ride and 4D cinema show also await. Until the 31 August, the venue is offering free kids’ tickets for every full paying adult.

Discover what really happens at LEGOLAND® Discovery Centre when the staff and visitors have gone home.

Guided by a LEGOLAND® sleepover host, the kids get LEGO® Factory Tour, a ride on the Kingdom Quest Laser Ride, a screening of the 4D Cinema, hours of fun in the Construction Play Area, snack time in the Birthday room (including a sandwich, fruit, Capri Sun and Walkers Crisps); until lights out! Time for sleep at 10pm, ready for breakfast* at 7.30am. £30 per person including 1 free adult place for every 5 full paying guests.
(minimum of 25 sleepers).

The go-to venue for all school trips, the Blue Planet aquarium is a no-brainer visit over the holidays. It has one of Manchester’s biggest collections of sharks and over a 100 living displays to gape over, including THAT unmissable 70 metre long aqua tunnel.

Save £2 per person on arrival by quoting FISH14 at reception.

If you’re more of an adrenaline-seeking, enviably healthy family then have a go at the family mountain biking that takes place in the heart of Manchester. The National Cycling Centre is confident that it’s 12km urban trail will appeal to both kids and ‘big kids’ alike.

Want an aquarium with extra perks? Salford Quays’ Ramada hotel is offering a family trip to The Sea Life Centre and a one night stay (in the hotel, not the aquarium) for packages starting at £99 for a family of three!

E-mail reservations@ramadasalfordquays.com to find out more.

It’s likely that in 2012, the Olympics made temporary athletes out of your children. Perhaps every year Wimbledon requires you to purchase tennis equipment from Decathlon. And we’re guessing that this year’s World Cup has utterly possessed your kids with the beauty of the game. Thankfully, Manchester is home to the world’s largest football collection meaning that children can get their fill of the sport. Iconic shirts are on display alongside the ball from the 1966 World Cup Final and hundreds of other special artefacts.

If you want your kids to really be proud of Manchester, then it isn’t just the cotton mills and the grounds of United and City that need to be paid a visit. The longest running soap on TV has thrown open it’s doors to accommodate people exactly like you. Over 50 years of filming facts and stories are just waiting to be heard, and of course, you’ll be able to really be on those old cobbles and see iconic items like Roy’s train set, Deirdre’s glasses and the Duckworth’s house.

With 110 acres to explore, there are 11,000 animals at the award winning Chester Zoo – voted one of the top zoos in the world and the UK’s number one charity zoo.

From the magnificent elephants and rhinos to the delicate butterflies, there is a different animal to see around every corner.

With daily animal talks, events, themed play areas, coffee shops, a choice of restaurants and kiosks, there’s something to suit everyone’s tastes. Kids and grown ups will love the Zoofari monorail, it gives you a giraffe’s eye view of the zoo. Or, take things a little easier and relax on the Waterbus.