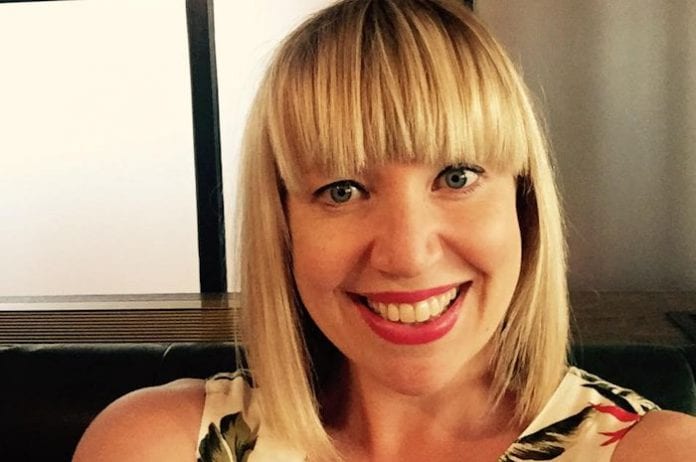 Bolton-born Siobhan Hanley has been working with Phil Jones on the Manchester Food & Drink Festival since 2003 when she answered his ad for a brochure editor. Over the years, she worked her way up to festival director and has event managed other food and drink festivals across the country. In 2012 she set up her own PR company, Siobhan Hanley Communications, focusing on food, drink and culture. Her clients include Turtle Bay, Salvis, Tampopo, Volta, The Refuge, Streetsmart Campaign and John Cooper Clarke.

We met in the newly launched Refuge in The Palace Hotel where the press were gathered for the official opening. It’s stunning by the way.

A bit of initiative and not being put off by Manchester’s bad weather. I was close to not going to my first work placement because it was chucking it down but I just thought I’d best get on with it, and I was surprised by how much I enjoyed the job. Plus I didn’t know what else I would do at that point, which is always a good start!

Phil Jones as he took me on when I was only 21 with few honed skills. He and the festival have been a big part of my life and career. Also Jo Houlcroft and Emma James, both PR ladies who have been inspirations and friends and so generous with their time and advice.

Getting Manchester Food & Drink Festival to where it is today. It’s now on a massive scale and we will be celebrating 20 years next year. And just still being here in this amazing city and being part of things. I’m proud to be part of this melting pot.

I get up to work really early or I stay up and work really late but I try not to do both! There’s so much variety in the job, so there isn’t a fully typical day. It can be in the office, travelling, meeting lots of people, interviews, photoshoots, tastings or cleaning floors at a restaurant launch when they aren’t yet ready to open the doors.

Making plum crumbles lately. I’ve developed a bit of a sweet tooth recently. I work most days to be honest but I do love a good day pottering round at home.  Sounds boring but it’s the truth.

Rules I tell myself. Don’t tell lies, don’t be scared and don’t give up. And you’re always best just being who you are.

Loads of things. Whenever I meet anyone new and interesting I always think I’d love to do what they do. And hairdressing looks great – being creative and meeting people. Every time they do a ‘happiest professions’ survey they say hairdressers are the happiest people. Plus they have nice hair.

I listen to Jeeves and Wooster every night for getting to sleep, I can’t sleep without it! (Siobhan even shows me her next instalment on her phone to prove this point)

Bolton Wanderers fan of course, but if I had to choose it would have to be Blue.

The Refuge, and not just because I work with them. I love it, it’s the most stunning and exquisite building and I will be spending lots of time here, working or not. I get properly excited about going to a show at The Royal Exchange Theatre. And my other favourite place to go in Manchester – I want to pick somewhere green – is my garden in my new house.

I wish everybody had a home to go to.

I don’t know if I can put that into a few words. Manchester has something, an edge that you don’t find in other big towns. I’ve never thought about leaving.