Worker Bee: meet Patrick Hall and Jon Charles, the Co-Founders of The Laundrette 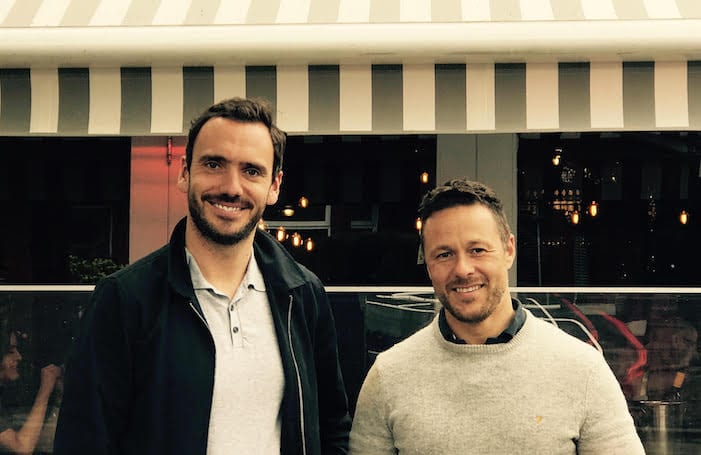 Patrick Hall and Jon Charles fell into the world of hospitality trying to earn an extra buck whilst studying. Patrick hails from Finland and came here to study linguistics whilst Sheffield-born Jon was attracted by the growing restaurant and bar scene in Manchester. Studies forgotten, they’ve notched up over thirty years experience in the industry between them and put all that knowledge to good use with the launch of their first venue, The Laundrette in Chorlton, five years ago.

The pair have brought their love of the Spanish Islands and Balearic house to Manchester with their ‘cocktails and carbs’ concept, accessible and Instagrammable products served in a chilled party vibe. They opened their second Laundrette in December 2016, choosing  First Street because of its central location and independent businesses. They are planning to open a central outside area on the green complete with deck chairs and bar this summer.

Patrick and Jon will be expanding their brand and opening outside Manchester for the first time with a new site in Newcastle in August.

Patrick: I needed some extra income and walked into the first restaurant I came across, a seafood place in Leicester that actually got into the Good Food Guide so I really landed on my feet there. I never looked back. This business attracts certain types of people.  I guess I was one of them.

Jon: I’d gone beyond my means studying for a degree in chemistry and needed money fast. I started working for the Hilton Hotel and just learnt everything I could there. I realised the business was a lot more fun than anything I could learn in the chemistry lab.

Patrick: An old general manager of mine, Graham Purcell. He was unbelievably charming and taught me loads about the business. I have so much respect for him.

Jon: Similar for me, an old mentor of mine, Iain Donald. I worked for him at Restaurant Bar & Grill for eight years. He’s straight down the line, says it as it is. If you were out of line you’d hear about it, get a quick kicking, and then he’d move on. I listened to everything he said.

Jon: The Laundrette. Right from the start to now. You go from thinking ‘will anyone come?’ to seeing the place packed and people enjoying themselves. We’ve created something that’s growing into a brand we are incredibly proud of. When people check into The Laundrette on social media it’s amazing. I’ve even met people abroad who’ve heard of us. It’s crazy.

Patrick: We’re here nearly every day of the week. We’re fully hands on and still work shifts and don’t think that will ever change. We’re based at First Street for ninety percent of the time at the moment while we establish the business here, at least until Newcastle opens.

Jon: I do most of our social media as well. My wife complains as we never really switch off. But it’s brilliant working for yourself. it’s not like work, it’s our life. We just have so many ideas every day, it’s our business. We don’t struggle to get out of bed.

Jon: I need to learn to relax more. But I don’t really see what I do as work. We both take time out though, still together. We go and see new venues to get more ideas, we take trips and visit Ibiza at least every year.

Patrick: And spending time with my family. I’ve got four kids so that takes all the rest of my spare time.

Jon: Look after your staff and they will look after the business.

Jon: I have no skill base whatsoever apart from this.

Patrick: My grandfather invented the Murraymint.

Jon: Gaucho always nails it. It’s better than Hawksmoor with their London prices. Great product and fantastic staff, it’s a great business model all round.

Patrick: And Viet Shack. We were sat with Mr Shack at an event and he is wonderful, really humble and wears his heart on his sleeve. Plus he works really hard.

Jon: I’ve got to mention the Gallery at the Odeon. My wife and I will only go to the cinema at one of these and only selected cities have them. It’s a much better cinema experience – sofas, free snacks, a bar – and you’re pretty much the only person in there most of the time.

Both: (at the same time) The weather.

Patrick: Manchester would be the best city in the world if we had a guaranteed six months of sun a year. When the sky is blue and the sun’s out people just want to go out and do things. Plus our trade doubles.

Patrick: The attitude of the people. They make it what it is. Something about it is greater than the sum of all its parts.