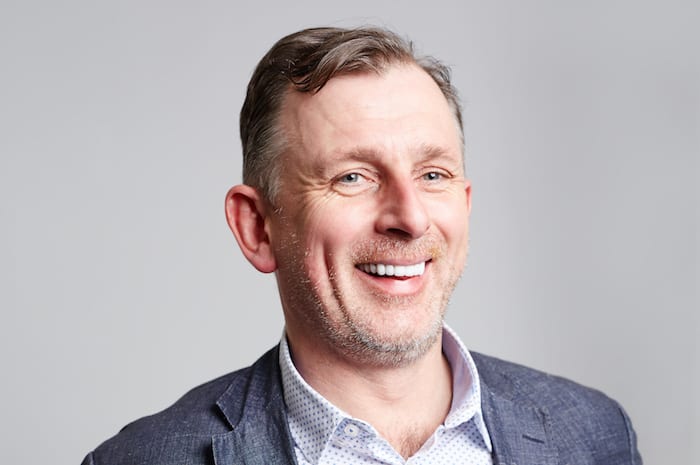 If you’ve ever danced the night away in a muddy field watching your favourite band, chances are the show was produced by Ground Control. You name it, they’ve got it covered: Parklife, Snowbombing, The Warehouse Project, Bluedot, Live From Jodrell Bank, BBC Proms in the Park, Kendall Calling and Festival No 6, to name but a few. Pretty impressive.

I caught up with Jon in the run up to Festival No 6, a festival like no other set in the stunning location of Portmeirion in Wales whose line-up this year includes Noel Gallagher’s High Flying Birds, Hot Chip, Bastille and Super Furry Animals.

I wanted to be a lighting technician and my first job, at the age of 15, was at The Palace Theatre. In1989, when the Manchester music scene exploded, theatre seemed a bit boring compared to the live music, so I started working for a local lighting company touring with Manchester bands. This led to my meeting Tony Wilson and Rob Gretton, who I persuaded to give me a job at The Hacienda, where I worked from 1992 to when it closed in 1997.

Rob Gretton, as without that break at The Hacienda and his mentorship I certainly wouldn’t be doing what I’m doing now. And Bruce Mitchell, who runs Manchester Light and Stage and is drummer with Durutti Column. I met him when I was 17 and he’s been a constant inspiration.

I’m quite an open book so that’s a hard one. Oh, I did try to learn tap dancing not that long ago, for my wedding dance, but then I aborted it!

I’ve been very lucky to have launched a number of very successful festivals of different shapes and sizes from Parklife to Festival Number 6 and more recently Bluedot at Jodrell Bank. So yes, very pleased with all of those.

It does vary, but I tend to be an early riser. I try to be at the office for 7.30am and will end up working through to 6pm. During the week, I often go to site visits and meetings all over the country. When we are in festival season, I’m on site for much longer days, and I’m very hands on with the production.

Cooking. No particular style, anything goes!

Look out for opportunities, make contacts, be enthusiastic and make yourself indispensable. Oh and be super organised. We have lots of opportunities for young people starting out here, internships, and that’s obviously how I got started at The Palace Theatre working as a stage hand.

I probably would have ended up staying in theatre if I hadn’t moved over to music.

I love theatres, so The Palace as that’s where I started. The Northern Quarter, where we’ve had our offices for the past fifteen years, and it’s been quite instrumental in the development of Ground Control. And The Whitworth Gallery, which has completely re-invented. The collection is extraordinary and now people have the opportunity to enjoy it in an environment that’s world class.

It would be too obvious to say Piccadilly Gardens, that’s the one that tends to get everyone going. But I do think there have been some poor planning decisions made, some of the architecture isn’t to the standard that the city aspires to. Having said that, there are some brilliant new buildings, but yes, a few have slipped through the system which, in hindsight, probably shouldn’t have.

Its confidence. Its football. Its people. And regeneration. It’s never been one to be defeated and it’s playing on a European stage these days.