You probably don't love Manchester as much as we do... 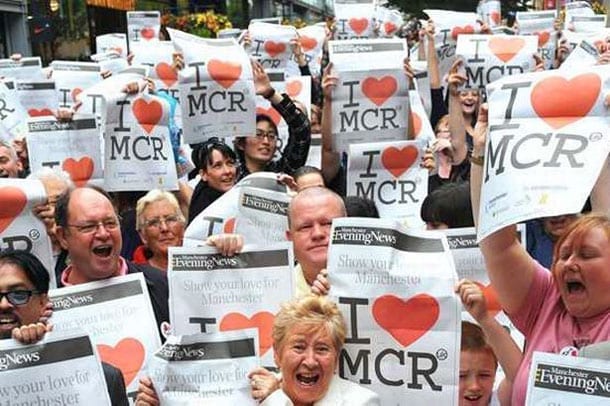 Why should it take a disasterous event to remind people they love their city? Things only become important, to some people, on the brink of destruction. We make it our job to remind you every day why you we Manchester #WeLoveMCR

Manchester is unique. Whether you live, work, went to uni or just came to party in Manchester; you’ll know what we mean. There’s so much to love. So much our fair city is famous for. To quote Noel Gallagher; “the thing with Manchester is, it all comes from here.” You can’t argue.

This is the place where the atom was split, the Industrial Revolution was born, the Co-operative Movement started, and the first programmable computer and vegetarianism was invented. It’s the home of Oasis, Elbow, the Smiths, the Hacienda and the Warehouse Project. Manchester is brimming with talent – a place where anybody with an idea can change the world.

Cool. Cultured. Cosmopolitan. You’d be forgiven for overlooking that people are a significant factor in making Manchester so special. The friendliest, individualistic and most down-to-earth city on the planet. This last 20 years has been Manchester’s time. Courageous spirit, togetherness and integrity of the people is infectious. There’s a bohemian tribal-ness to it. Everyone looks after each other. Rainy city, sunshine people.

“This is Manchester. We do things differently here,” said late Tony Wilson.

Manchester invented itself, it didn’t wait for a leader. It’s the courageousness and individuality of Mancunians. It speaks an international language, too.

In light of this, here’s ten reasons we love MCR…

Any way, you probably don’t love Manchester as much as we do. 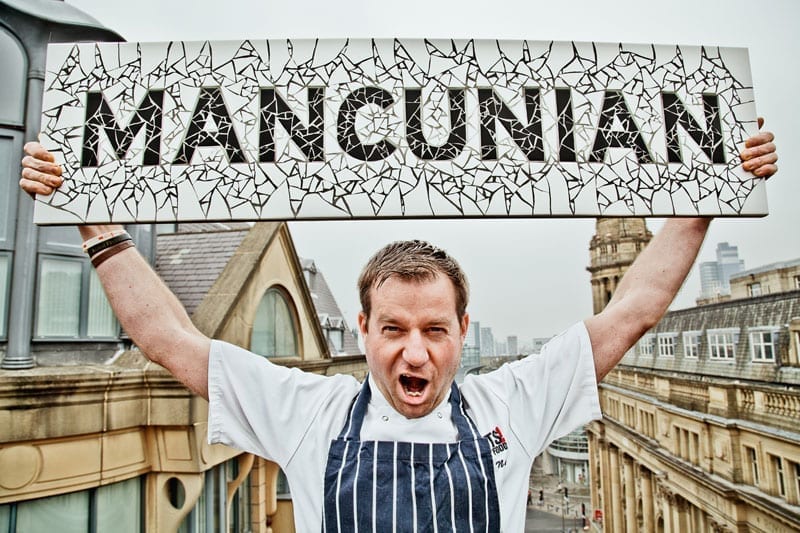 Mancunians. The friendliest most down-to-earth people in the universe. See for yourself, ask somebody for directions… 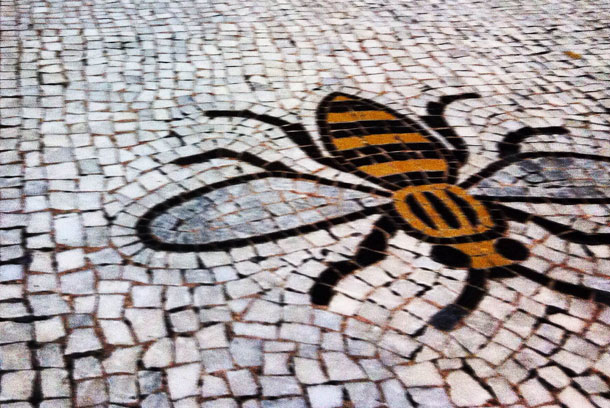 Manchester was the powerhouse of the Industrial Revolution. Richard Arkwright erected its first cotton mill and soon factories crowded the skyline, transforming the town into a booming Victorian city, nicknamed Cottonopolis. The Worker Bee became the symbol for this industrious hive where commerce, science and technology put Manchester on the world map. 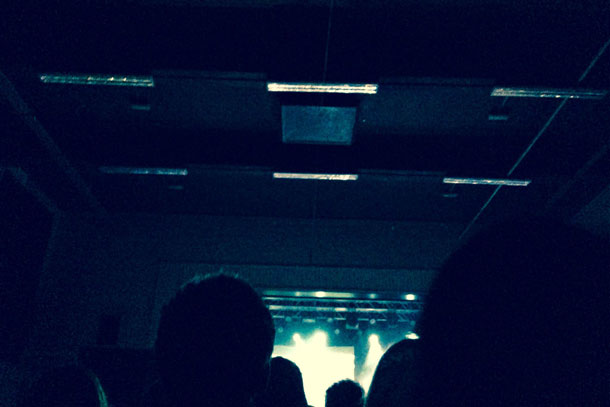 From the Bee Gees to Oasis, The Smiths to Take That, New Order to Elbow via The Stone Roses and Madchester. If you love your music all roads lead to our fair city. And we don’t just love making music, we love listening to it too. Mancunian audiences live in a city bulging with a choice of venues only London can rival. Night & Day, Gorilla, The Deaf Insitute, The Ritz, The Albert Hall, The Academy and Apollo are among the essential stopping-off points for acts on tour. 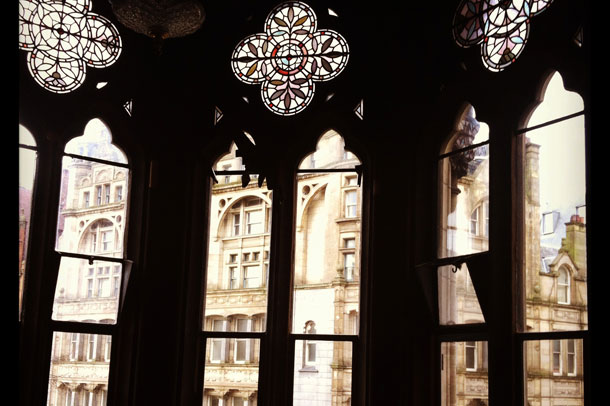 Our advice to anyone visiting Manchester is to keep your eyes raised or you will miss some of the architectural treats bequeathed us by our show-off Victorian predecessors. The John Rylands Library, Manchester Town Hall, Manchester Museum ,Chethams and St Anne’s Square are the obvious choices and if you look further there are excellent walking tours around the city (some include pub stops). Others take you underground to explore the tunnels beneath the city where you can hear the trams rumbling above your head.

A great blog is Skyliner, written by Hayley Flynn, which takes you behind the doors of Manchester and points out interesting details around the city that you may walk past every day and never notice. You can find her at theskyliner.org 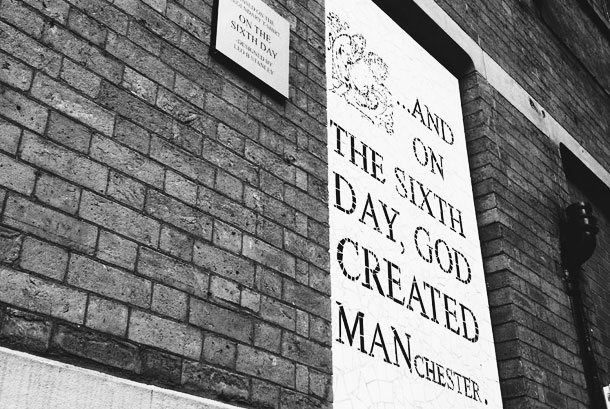 Twenty years ago, the Northern Quarter was full of wholesalers, jewellers and pet shops. Now it’s a fast-growing independent area full of cafes, bars, shops and restaurants. Old buildings have been put to good use and the streets are used as locations for films, fashion shoots and street parties. Old faithfuls such as The Koffee Pot, Abakhan, Fred Aldous and Affleck’s sit side by side with the new kids on the block like Icelandic coffee shop Takk, vintage-style tea-room Sugar Junction and the best burger joint in town, Solita. Soup Kitchen combines homely grub, gigs and club nights, while the Northern Quarter Restaurant is one of the best in town. If vinyl rather than food is your bag then you couldn’t spend a better couple of hours than mooching around Piccadilly Records. All this and I haven’t even mentioned the bars.

Which brings me neatly on to. 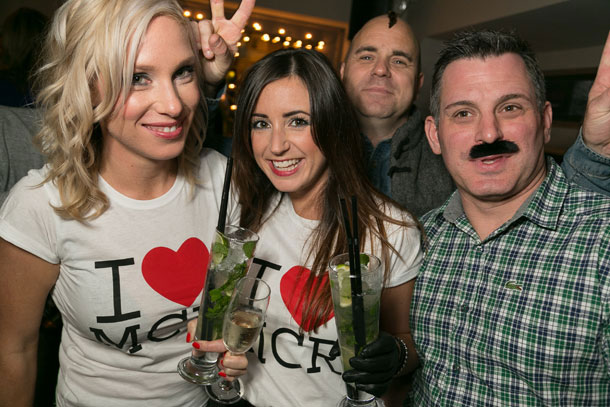 The Northern Quarter has become the cornerstone of the city’s night scene – with all tastes catered for. The Whisky Jar, Kosmonaut, Odd, Trof, are colourful stalwarts. Not to mention cosmo newcomers El Capo, serving up a bit of Mexicana in our bohemian neighbourhood. The Castle offers a more traditional boozing experience, while 57 Thomas Street is a must for anyone wanting a pint – or eight – of locally-brewed beer. Twenty Twenty Two combines beer with Ping Pong – never a bad idea. Look beyond the Northern Quarter and there’s plenty more to explore. The Gas Lamp is a gem of a cellar bar, Cask on Liverpool Road has a head-spinning assortment of beers, while Cloud 23 in the Beetham Tower offers spectacular views and drinks in the swankiest of swanky surroundings. The Liquor Store (pictured), off Deansgate, is a Mancunian cocktail for a good time. Elixir offers treats and tonics with Ibiza beats. One of our favourites is Corbieres – the uninitiated will need help finding it, but it’s well worth the hunt and has the best jukebox in town. 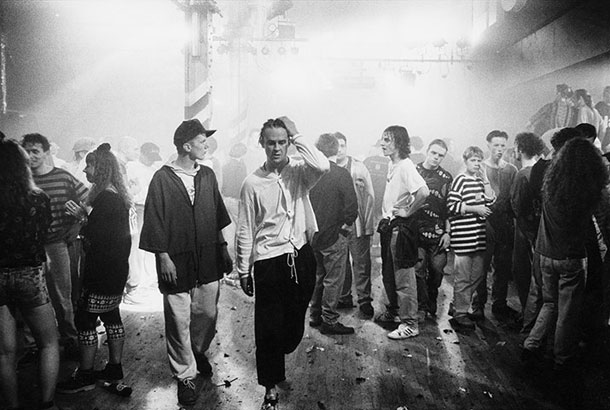 You’ve warmed up with a few drinks and now it’s time to dance – and boy do we love a boogie in Manchester. It’s always been the way, from the northern soul mecca of the Twisted Wheel in the 60s and 70s, to the legendary Hacienda in the 80s and 90s. The Warehouse Project is among those keeping the city’s clubbing legacy alive. South, with resident DJ Clint Boon from the Inspiral Carpets, offers indie-lovers their fix, while Kraak is home to a more eclectic underground sound. Jazz fans should head to Matt & Phreds, while The Venue and 42’s preserve Manchester’s student credentials. 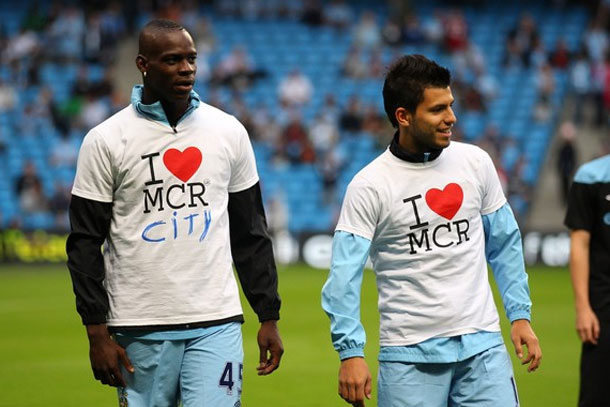 I’m not into football but we have two world famous teams here in Manchester. The Red team and the Blue team, listed in no particular order to not cause offence, who bring tens of thousands of fans flooding into the city on any given Saturday (or Sunday). The National Football Museum has a new home at the Urbis Building, Cathedral Gardens, which attracts many visitors and admission is free. And what other city should be its home? After all Manchester can boast another first – the creation of the Football League in 1888. 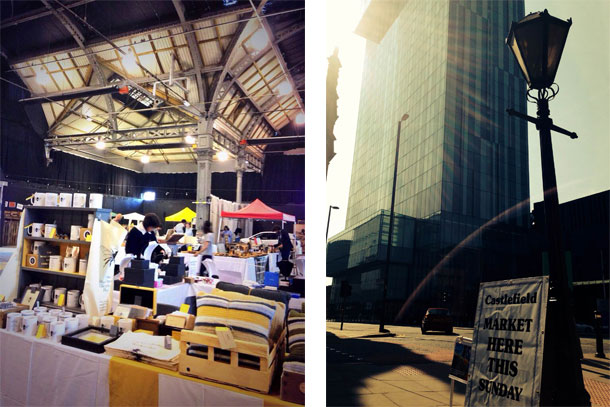 Manchester has markets on in Albert Square, Piccadilly Gardens, Exchange Square and St Annes Square throughout the year and these expand during the Christmas period. The Manchester Food and Drink Festival in September is always a great event. An alternative Artisan market is Castlefield Market at Upper Campfield (Deansgate/ Liverpool Road) which is indoors – so no fighting the rain that has occasionally been known to fall in Manchester. 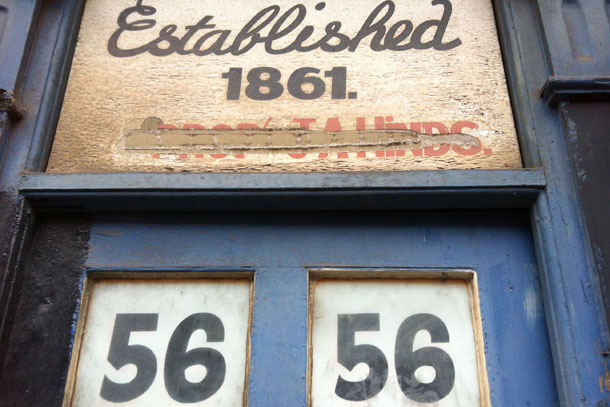 As you would expect for such a go-getting, forward thinking place, Manchester boasts a number of “firsts”, including the world’s oldest passenger railway station – Liverpool Road Station was opened in 1830 and is now part of MOSI. The old holding sheds at Upper Campfield have been given a new lease of life – they now play host to markets and innovative events such as Friday Food Fight, showing the creativity of Mancunians still plays a part.

Other creative ideas span from the oldest free public reference library at Chethams, which was opened in 1653. The world’s first stored program computer aka “The Baby” ran its first programme in 1948 and was built at Manchester University. Vimto was created in Chapel Street, Salford, in 1908 and was originally called Vim Tonic. Demand for this soft drink was high, due to the Temperance Movement-it was then sold at 49 Granby Row in Manchester and the Vimto empire grew. The city also had one of the first telephone exchanges in the UK. opened in Faulkner Street in 1879 using the Bell patent system. 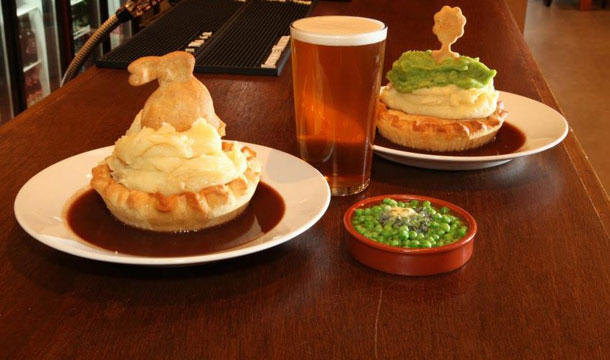 Tired of pies, tired of life.

Tell us why you love Manchester in comments below.

If you do love Manchester as much as we do, you should get involved with a few of these select few charities…

This is charity the Mancunian Way. Helping local people do extraordinary things together. Building communities from the inside out and encouraging the true, creative, entrepreneurial spirit of Greater Mancunians to emerge instead of waiting in vain for outside experts to fix things.

The We Love MCR Charity aims to improve the lives and life chances of Manchester People and our message is simple: “Give a little, Help a lot.”