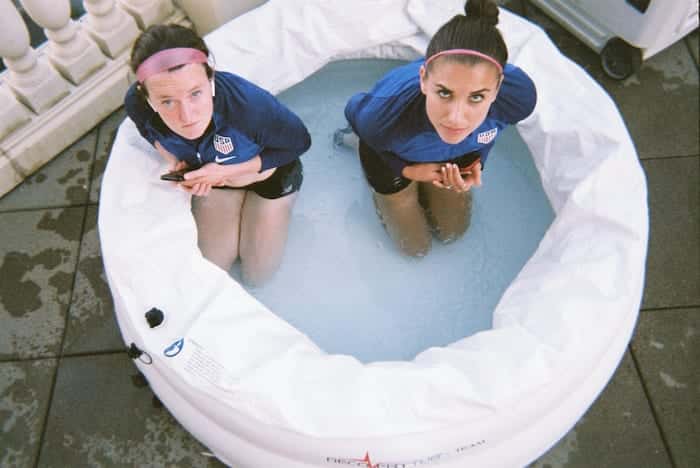 A new photo exhibition at Manchester’s National Football Museum is offering visitors the chance to see behind-the-scenes of the 2019 FIFA Women’s World Cup.

Some of the greatest players in the world told their stories ahead of the tournament for the exhibition, all using disposable cameras and their own words.

Goal Click’s mission is simple: to give people all over the world a chance to show what football means to them, by sending analogue cameras to people around the globe so they can capture the game as they see it.

The project documented the journey to the Women’s World Cup through the photographic stories of internationals, professionals and grassroots players from around the world.

Now, the National Football Museum has chosen 20 of the most interesting images to display. They capture everything from players going through their paces at training sessions, to post-match celebrations, to downtime with team mates.

This is the first time that the photographs have ever been on show in the UK.

“Visitors will see photographs that really delve into their lives. They are accompanied by personal stories which show the players’ determination and the bonds and friendships they have as a group.

“Having fun is a constant theme and the end result illustrates the progress that the women’s game is making while also showing that more needs to be done to tackle inequality in the game.”

2019 will forever be seen as a hugely important year in the development of women’s football around the world, believes founder of Goal Click Matthew Barrett.

“We wanted to tell an intimate, behind-the-scenes story of the women’s game, from elite Women’s World Cup superstars all the way through to the grassroots,” he says.

“We are really happy the photos and stories will be displayed in the UK for the first time, and there is nowhere better than the National Football Museum.

“Women’s football is on the march, it’s only going to get bigger and better, and Goal Click is proud to play a part in that journey.”