What do we actually expect when we go out for a meal...? 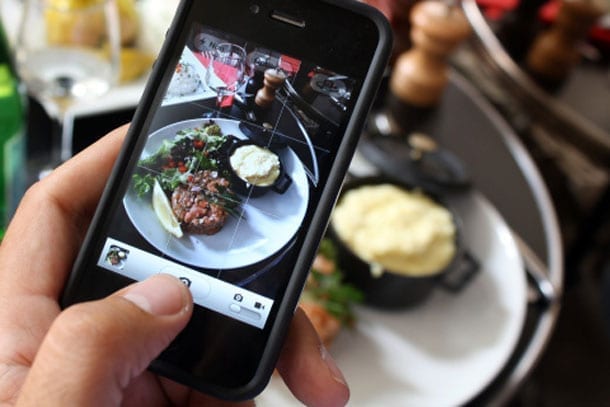 I feel for restaurant owners and chefs. I really do.

Why? Because as customers, we can be a total sodding nightmare.

“what do we actually expect when we go out for a meal?”

You may or may not have noticed that Twitter decided that this week was #restaurantweek – and the social media conducted some research on the amount of food chat that takes place there, finding that 55% of people tweet in restaurants and 73% of twitter restaurant goers visit places based on twitter reviews. That’s a massive amount of influence for 140 characters.

When I used to get paid to write for a living – news, features, opinion pieces like this one – I spent 15 years putting my name above everything I did. Look it’s even there above now. Both in cooking and writing, people often tend to follow people, rather than content. But it was a few times a day, or week. Sometimes just a couple of times a month.

Imagine doing that, a hundred times a night, every day of the week. To an audience who, thanks to the power of the internet, think they know everything. The problem is that even when they don’t, it doesn’t stop them hitting the keyboard to vent.

Much as with the feedback I used to get as a journalist, the good work gets a very rare mention and every minor mistake gets screamed at you from every corner of the internet. Occasionally, someone would have the good grace to contact you personally to air grievance privately. But the balance was always shifting toward public and anonymous commentary. 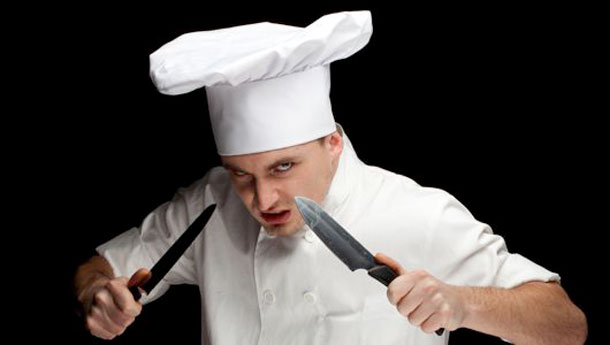 Every morsel is pulled apart, on forums and comment boards and (yes, I know) food blogs. And some of the prose is so achingly, joy sappingly earnest that I often wonder why a lot of people bother leaving the house.

And I suppose it comes down to this: what do we actually expect when we go out for a meal?

“mobile phones are the best way to capture a chefs artistry”

The headache for those in the industry is that the feedback is everywhere and anywhere, and often not even directed towards the source.

It can work both ways of course. The rise of social media and sharing is built for handsomely edited ‘look what I’m eating’ advertisements for their restaurants. Some operators actively court it.

Arguments have raged about whether mobile phones are the best way to capture a chefs artistry, but I tend to think that if it looks bad in a picture, it’s because it looks bad in real life. 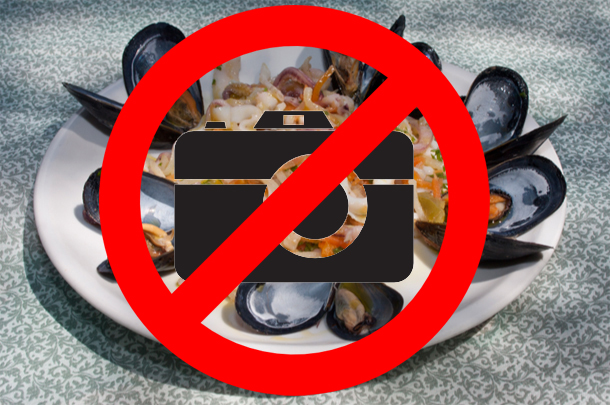 Diners casually snapping their dish on a mobile phone has almost become an accepted part of the dining out experience, although I was sat opposite a food blogger who whipped out a massive SLR with one of those pop up flash bulbs that bounce out like an ejector seat at a recent food event. A bit much, and not good table manners.

“…are we doing it for fun any more; or to show off on instagram?”

I have read far too many hilariously bad summaries of people’s mealtime misery on tripadvisor to take them that seriously any more – and most serious restaurants confident enough in the quality of their offering have gradually begun to feel the same. But the reality is that a hammering on the internet from an anonymous source can still take a serious chunk out of someone’s business.

There are, of course, lots of knowledgable critics, food writers and customers who are considered, eloquent, constructive, understanding. But they often get lost in the noise.

That’s not to say poor practice should not be pulled up. Of course it should.

But the way in which we as customers offer feedback can be just as upsetting as that undercooked scallop you’ve just spent three hours writing about.

Too many diners seem to have lost the point of why they are there these days.

I suppose we need to ask ourselves, as punters – when we go out for dinner, are we doing it for fun any more; or to show off on instagram or make waves on tripadvisor?

And stop being so surprised when a chef or restaurant hits back at you in public too. It works both ways.

The customer is always right? Of course. Apart from when they’re not.