When is a tip not a tip? Restaurants that keep gratuity from their staff

Some restaurants are taking money off waiting staff regardless of the tips they earn. 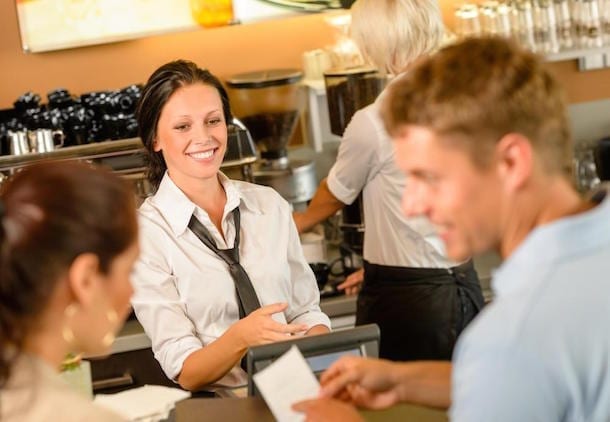 The British have never been particularly fond of tipping. Are we even supposed to tip? Was it included in the bill as a service charge? If not, then how much? Is 50 pence enough? Even if you leave a tip, the waiting staff, probably on a measly £6.50 an hour, might have it taken from them by the proprietor, says Laurence Fitzgerald…

But it gets worse. According to a recent article in The Observer, some restaurants are taking money off waiting staff regardless of the tips they earn.

The biggest culprits include Las Iguanas, a chain serving Latin American food and Caribbean chain Turtle Bay which both have restaurants in Manchester. They both demand staff hand over 3% of their table sales at the end of the night. In other words, a waiter who sells £1,000 worth of food and drink is forced to hand over £30, meaning they are essentially paying to work.

“I worked in a fair few restaurants where the majority of the tips went to the managers and I think it’s awful. They try to justify it with breakages, but 100% should go to the staff.”

But it doesn’t end there. Some popular chains like Pizza Express, Zizzi and Ask Italian are even sneakier, deducting 8% on credit card tips.

This month the union Unite staged protests against Pizza Express, which has 430 branches around the UK, and launched a petition calling on the company to end the 8% tipping fee.

One disgruntled employee at ABode, the Michael Caines restaurant and champagne bar in Manchester, who wants to remain anonymous, said the practice was ‘outrageous’ and ‘disgusting’.

“At ABode there are two policies for both cash and card tips, which are collected at the end of the month, and the proportions allocated are among the worst. 51% goes to the company to be returned in staff ‘benefits’ and 49% is distributed to front and back of house.

“The reality is that the 51% is paid in ‘loyalty bonuses’ to all staff irrespective of contact with the customer. So a waiter working for 35/45 hours a week would take home £80 – £120 of tips a month. There’s less incentive to work harder and it encourages staff to pocket the money.

“And besides, benefits such as a Christmas party should be given to the staff regardless. I tried to challenge the board of directors on this, but there was no point. It comes from the highest levels.”

In the industry, the policy of taking a proportion of waiting tips is called “tronc”, which comes from the French “tronc des pauvres,” meaning poor box or alms box.

Originally tronc schemes were used to distribute to employees the proceeds of tips and discretionary service charges paid by customers.

Nowadays, they supposedly cover credit card and administrative charges and the restaurants claim they don’t profit from them.

But not all restaurants are ‘troncing’ and profiting from their staff. The Restaurant Group, which owns Frankie & Benny’s and Chiquitos, used to charge 10% but dropped the policy years ago.

A spokesperson for Byron Burgers, which has three outlets in Manchester, said the restaurant takes a small amount of the tips that covers the tronc scheme.

“This scheme is widely used in the restaurant industry for the distribution of credit or debit card tips and ensures that the correct amount of tax is paid,” she said.

“The allocation of credit card tips to staff is determined by an employee run committee. The committee routinely approves the distribution of tips under the scheme.”

By the way, here’s a tip to end on. Tipping in foreign countries is great. They have such abysmal exchange rates, on holiday everybody wins.