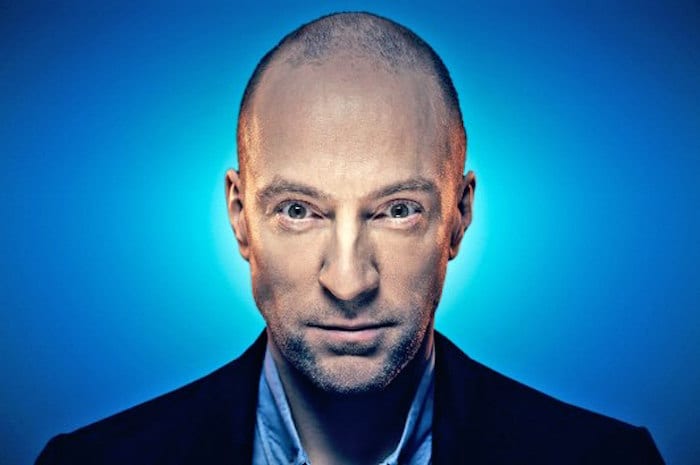 I’ve always been a big fan of Derren Brown, so it is with deep regret that I have to confirm that he is a witch and we must kill him with fire, says Mark Jorgensen
Share
Tweet
Share
Chat

I arrived at this conclusion after seeing the latest of his brain-bending live shows, Miracle, at the Lowry.

During his introduction, Derren asks the audience – particularly journalists there to review it – not to divulge the specific details of the show in order to keep it a surprise for anyone planning to go to one of the shows on his 200-odd date tour.

Miracle is Brown’s inimitable delve into the ridiculous and murky world of faith healing.

I have decided to honour this request almost entirely, partly because I think it’s a fair one and partly because I’m scared what he could do to my brain if I don’t. There is also a possibility that over the course of the night, he has programmed me into being a mindless shill here to do his bidding.

Either way, it’s pretty spectacular. His live shows are always loosely based around a linear theme, and Miracle is Brown’s inimitable delve into the ridiculous and murky world of faith healing.

It’s split into two distinctly different halves. The first for me, and I suspect a lot of others, was a mixture of being impressed by the stories and tricks he effortlessly performs, while also acutely aware that he is surreptitiously and very easily toying with your mind through a mixture of speech, lights and audio effects to line things up for the second half.

The lizard, dick-swinging part of your brain thinks you can outwit him. Even though you know your brain is a wheezing desktop PC from 1998 the size of a large wild cat, to his sleek coffee shop Mac Book. You’re trying to catch him out. But you can’t.

The random nature of how participants are selected – a frisbee – means that he has to be fully confident that he has everyone in the palm of his hand if needs be. And he does.

Doing so while being a genuinely brilliant and captivating stage presence, with funny interactions and enjoyably childish smutty innuendo, you find yourself just accepting that you’re not going to try and guess what’s happening, just sit there and be thoroughly entertained and freaked out in equal measure. It’s great.

Once you’re hooked, the second half cranks it up to 11 and it just gets mind blowingly weird and creates a really unique experience.

That’s precisely why some faith healers in the US earn more money in a year than the combined debt of sub-Saharan Africa a godly number of times over. Although I enjoy chortling at YouTube videos of their sermons, with a wonderfully overacted purge edited over an obscure jungle set from the 90s, Derren Brown masterfully exposes the high profile faith healers and other assorted crooks who wilfully exploit vulnerable people in search of an answer.

The best thing about Derren Brown is that I know he’s not magic in any way shape or form. He tells you as much himself. This makes what he does do all the more impressive, because you can’t chalk it up to the supernatural.

For me, it’s heartening to think that deep down, it must drive so many charlatan faith healers out there absolutely crackers. That their own personal antichrist is capable of performing what look like miracles while effectively muttering “bullshit” on the whole thing beneath strategically-pitched coughs, very possibly designed to make everyone in the theatre go momentarily glassy eyed and grunt the word ‘ocelot’ when asked to name any living organism.

All high praise is fully deserved. Experiencing one of his shows is something everyone should do if they get the chance.

Having seen it all up close, indirectly participated a bit, I know there is no hijinks or stooges, which leaves me to assume the following:

I return to my original position – he’s a witch and we should kill him with fire*.

I suspect it’s number two, so be aware that I’m on to you. All of you.

The Lowry until July 13
thelowry.com/event/derren-brown-miracle