I saw something this week that made me both sad and confused at the same time.

No, not a student bar crawl along Deansgate Locks – they just make me feel old and tired – but a few people alerted me to a new pop-up in London.

A restaurant which just serves tinned fish. You heard.

It’s called Tin Can. It’s in Soho. It’s the idea of someone called Maximiliano, who is also an architect. Obviously.

Max – and I’m determined to call him that – wants to ‘elevate the tin to an object of desire’ in the UK, apparently. “These are collectible items,” he told The Guardian. Which makes me wonder if he wants people to eat them or store them for when the Antiques Roadshow 2114 hits town.

My relationship with tinned food consists of the 16p spaghetti hoops from Aldi that I feed my children when I’m too tired to make a meal with any nutritional value, and the tinned chicken burgers in jelly (boik) my Dad used to send me when I was a student.

He wasn’t sending them out of any misguided attempt to make sure I was eating properly. They were, by his own admission, items from the Christmas Park Hamper that even he wouldn’t eat. This is a man who used to eat bananas with their skins on. 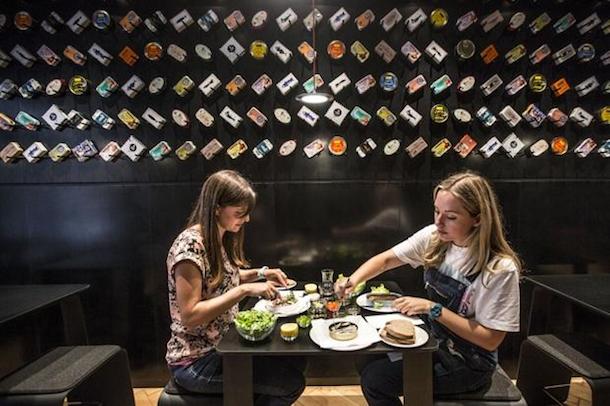 So in the week that Mary Ellen McTague was bringing fine dining to the Northern Quarter with her new pop up, 4244 on Edge Street, and Manchester House gets three AA rosettes, some Herbert is charging gormless Londoners £22 for a tin of mackerel.

Would you pay someone to open a can for you?

Following on from the PR disaster that was the ‘Death Row Dinners’ pop up in Hoxton (menu inspired by people’s ‘final meal’ choices – a hasty apology followed the launch), London’s dining scene is in severe danger of disappearing up its own deep-fried bum-hole. 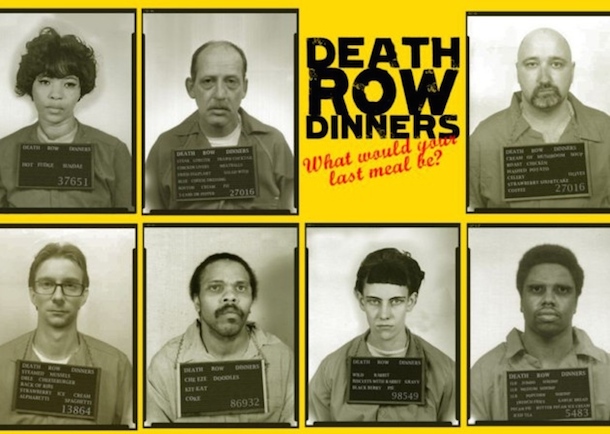 So thank goodness we’re not a faddy city, I thought. Mancunians would never fall for such a thing.

We like ‘proper’ food, don’t we? Even fine dining has to be substantial and no-nonsense.

Yes, some of them will queue round the corner for a hipster burger within a few hundred metres of a Maccy Dees, but we’d never get sucked in by such an arse-clenchingly awful concept that even Nathan Barley would turn his nose up.

And then I remembered the frankly wonderful episode that was Office Burger.

For those who don’t know what I’m on about, the rather brilliant, and now retired, Newsmanc, ran a review at the height of the burger hype, of a new venue.

Office Burger (@OfficeBurger, 558 followers) managed to convince some of the…less perceptive locals that their concept of a pop-up restaurant in an office, where people were actually working, was a real thing. ‘On the way out an accountant high-fives me before reaching over for some of my left-over fries.’

For weeks afterwards, the pretend restaurant was fending off interest from rabid, would-be customers who actually wanted to go to Office Burger.

‘Where are you?’ huffed one. ‘I’ve walked all up and down Tib Street and I can’t find you.’

‘Do you know the design agency Parody?’ was the response. ‘We share a doorway with them.’

After more clueless stomping, the not-real restaurant was forced to put the potential punter out of his misery and admit that it didn’t actually exist.

That was two years ago. And aside from the whole ‘Northern Quarter Secret Door’ thing a few months back, Manchester has largely avoided fads with a questionable concept and limited shelf life.

So we’ll take the occasional snipe from London critics about our tables being for dancing on, etc. Manchester’s food scene has matured into something genuine and lasting. And as consumers, we’re happy to try something new but discerning enough to understand when someone is trying to take a lend.

So let’s leave London to its canned fish shall we? We’re making headlines for the right reasons. 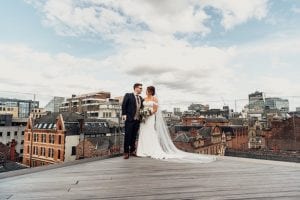 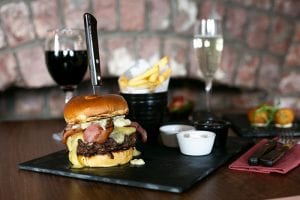 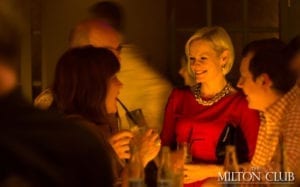 The Milton Club – Perfect for Your Private Party