Thomas Cook collapses with the loss of 3,000 jobs in Manchester

Security officials at Manchester Airport began impounding Thomas Cook planes over unpaid bills and would-be passengers were warned to stay away from the airport.

The last Thomas Cook flight landed at Manchester from Orlando, Florida, at 08.41 this morning with cabin crew reportedly “in tears”.

Passengers who arrived at the terminal early today were handed notices by Civil Airline Authority (CAA) officials stating that Thomas Cook had ceased trading and all flights had been cancelled.

The biggest repatriation exercise since the Second World War swung into action from British airports including Manchester, with 45 aircraft, some chartered from as far away as Malaysia, deployed to bring 160,000 stranded British holidaymakers home.

Staff who lost their jobs worked as cabin crew, on the ground at Manchester Airport and in offices and travel shops across the region.

Lucy Powell, MP for Manchester Central, described the 178-year-old company’s collapse as “devastating news”. Its debts reportedly reached £1.6 billion and the failure of a last-minute plea for £200 million bail-out doomed 22,000 jobs around the world, 9,000 of them in the UK.

Travel and tourism expert Dr Neil Robinson from the University of Salford Business School said: “The events of the last 24 hours shows us the vulnerability of the aviation/travel sectors.

“Mr Cook would be turning in his grave. A lad from Derbyshire who went on to create one of the world’s most recognisable travel brands, which now lies in financial ruin.

“These are very sad times and my heart goes out to employees and customers alike.

“So where did it all go wrong? The downturn in bookings post the Arab Spring back in 2010, saw profits drop as people were reluctant to buy travel product associated with this region and the seeds of change for Thomas Cook and the wider travel sector were already being sown.

“Fast forward a few years and the sector has come under many pressures associated with very slim profit margins for each travel product sold, a possibility of too many players in an already saturated market and one might argue that the product mix on offer at Thomas Cook did not align with what its customers really wanted.

“Their price, promotion and how people actually booked Thomas Cook holidays did not keep pace with changing technology and demand, for example they still had a lot of high street outlets, which incur rental and other costs.

“Thomas Cook’s financial strength has not looked good over recent months, with share prices falling, senior managers leaving and would-be bail out loans not materialising, all adding to the creation of a perfect storm.

“Are other companies set to follow? One hopes not. If in doubt make sure your travel provider has ABTA/ATOL protection, pay with a credit card and keep your fingers crossed. This sorry saga is not over yet.”

In addition to selling package holidays and flight-only tickets to 82 destinations throughout Europe, the Middle East, Africa, Asia and North America, Thomas Cook has close partnership connections with a number of football clubs – including Manchester United and Manchester City.

The company offered home match breaks – combining match day hospitality and/or tickets with hotel accommodation and a visit to Old Trafford’s Museum & Stadium Tour Centre – as well as a range of trips for United fans to away matches in England and Europe.

In January 2017, the partnership was extended into China, to give fans in the country an opportunity to travel to visit Old Trafford in person.

Travel packages have been sold for two upcoming Europa League away games.

In a statement to The Times today, a spokesman for the club said: “We were sad to hear the news regarding Thomas Cook and the impact this will have on its customers and employees.

“Along with other Premier League clubs, Thomas Cook Sports have been travel partners with Manchester United.

“As soon as we were aware of their potential insolvency, we started to work through contingency plans and we will endeavour to contact affected Manchester United fans who had booked direct via Thomas Cook.” 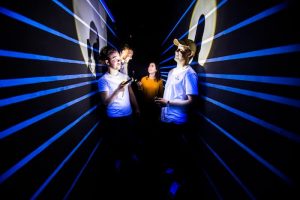 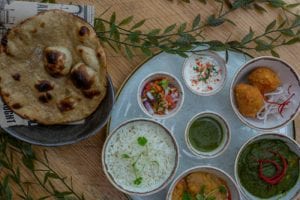 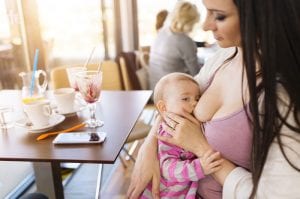