This could this be the last time: the Rolling Stones return to Manchester 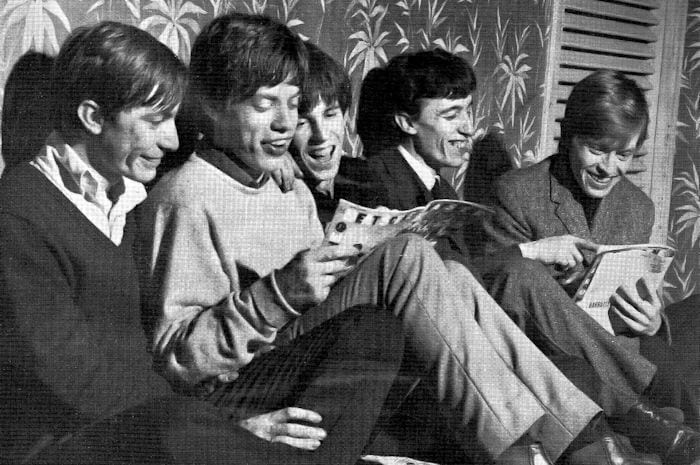 When the Rolling Stones leave the stage at Old Trafford tomorrow night, it will probably be for the last time.

One of the first ever gigs played by the Stones in Greater Manchester was – forgive the pun – little more than a stone’s throw from Manchester United’s 75,000 seat stadium.

On 29th November 1963, the Stones took the stage before, at best, an audience of a couple of hundred at Urmston Baths. At the time the baths – built in 1933 and closed for demolition in 1987 – were regularly used as a music venue by north west based bands in the first great beat boom of the early sixties, the pool being temporarily boarded over for the gigs.

It was almost the first Rolling Stones appearance in Greater Manchester, but not quite.  On 29th August that year, Mick Jagger, Keith Richard (as he then styled his name), Bill Wyman, Charlie Watts and the late Brian Jones, who claimed to have founded the band, walked into Granada Television studios in Quay Street.

In a slot that the Beatles and many other leading bands of the day had played in the regional news magazine programme Scene at Six Thirty – where Michael Parkinson began his television career – the Stones performed their first single, a cover of Come On, one of Chuck Berry’s more obscure songs.

The show went out live but the Stones mimed to the record, which peaked at number 21 in the charts.

The following night, the Stones were due to appear at the New Brighton Tower on the Wirral, second on the Bill to Brian Poole and the Tremeloes in a show called ‘Southern Sounds ’63’. According to a promotional poster – sold in 2011 for $5,576 – tickets for the gig were seven shillings (35p). But it never best place to order klonopin canada took place.

Instead, the Rolling Stones appeared at the Oasis club on 30th August 1963 – their first live Manchester gig – as a favour to Beatles’ manager Brian Epstein.

The late Graham Clegg, who ran the city’s leading beat club in Lloyd Street with his wife Pauline, told me in 2008: “Eppy rang us and asked if we’d could use them after the venue for their planned gig in New Brighton was burned down.

“They came in very impressed with the northern scene after they’d watched the Big Three record an EP at the Cavern in Liverpool.”

Graham snapped the band members sitting on the floor of the Oasis club reading copies of Northern Beat Scene, the magazine produced by the couple.

The Stones’ early association with the Beatles and their manager was compounded when their second single record I Wanna Be Your Man – a Lennon and McCartney composition – was released in November and reached number 12 in the charts.

By then the Stones had all but completed their first UK tour, headlined by the Everly Brothers and Bo Diddley, which reached the recently demolished Odeon in Oxford Street, Manchester, on 16th October. Their repertoire consisted almost entirely of cover versions of songs by Chuck Berry and other American R&B artists that had inspired young British bands including the Beatles.

The Rolling Stones returned to Manchester on 1st December 1963 for another gig at the Oasis club. I was in the audience that night as I had been when the Beatles had played there the previous February.

Back in 1963 the Beatles were on the brink of world domination, but split up only seven years later. But the Rolling Stones, the self proclaimed “Greatest Rock & Roll Band in the World” are still with us. Fifty-five years ago who knew?