The Stone Roses proper pre- and post-show parties in Manchester

Whether you’ve got tickets or not, you can still be part of The Roses' fun with a range of quality pre- and post-show parties to get you in the spirit of things 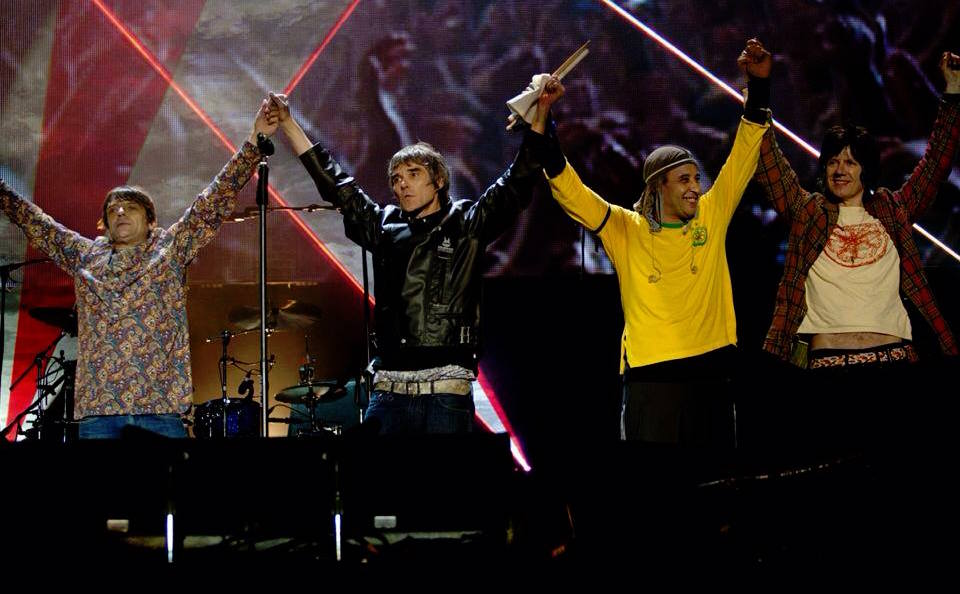 The Stone Roses are back on home turf – with the iconic Manchester band bringing a series of shows to the Etihad. They will begin on Wednesday June 15th; the first of four nights at the Etihad stadium. They’re also playing there June 17-19th (Friday to Sunday).

They’ve already been getting people excited, releasing two singles in the space of a few weeks. Whether you are already singing along to ‘All For One’ and ‘Beautiful Thing’, or want to relive the tracks of the 90s, this is sure to be a stand-out homecoming.

Whether you’ve got tickets or not, you can still be part of the fun with a range of brilliant pre- and post-show parties to get you in the spirit of things.

The Madchester Bar (formerly Lamarrs) will be hosting four days of Stone Roses pre-show and after-show parties. DJ’s Vince Vega, Martin Holland, playing all things Madchester and more. Tickets £5 and you can pay on the door

This classy New York style bar is hosting an extended Stone Roses after party on all gig dates and they’re celebrating a whole week of Manchester’s own fab four with impressive partying, plus a free drink and Stone Roses bucket hat when you present your ticket stub! They also have a Stone Roses competition running and a very exclusive Stone Roses cocktail. So what are you waiting for?

Manchester’s biggest rockers are invited to the Northern Quarter to get the eagerly awaited Stone Roses party started early, with three huge pre-show parties. This is the one to get you ready for the gig! Capital FM’s Wingman will be kicking off the proceedings with a huge set on both Wednesday and Friday. Saturday will see Horsebeach play a mid-afternoon warm up set before The Smiths’ Mike Joyce takes centre stage at 4pm, with the weekend finishing up with Babyshambles DJ Adam Ficek providing the ultimate set on Sunday. What a line up!

This 250-capacity club by the side of the Printworks will be kicking off with an all-day Stone Roses celebration from 1pm til 3am on Wednesday 15th. The line-up includes Dan James (Dead Funky) and Common People’s Nick Cope. Friday is set to be filled with fantastic DJs including DJ Lowrider – the official Ian Brown Tour DJ, no less – and Cressa (the fifth Stone Rose, so to speak). Saturday features more official Stone Roses Tour DJs and Sunday brings a brilliant mix of MC TUNES! Ticket only. Book your ticket online now to avoid disappointment, prices start at £4.

Expect some of best Stone Roses tribute bands as well as local indie talent at this vibrant venue, proving that love spreads with live  sets every night. It seems the gig never stops at The Live Room with bands including The Ultimate Stone Roses, The Baggy Mondays, Circus Wolves and Red Light Effect. Top DJs will also be there to keep the Manchester mood going Till 5am at the weekends.

Can anyone think of a better way to keep the vibes of a gig going than a disco? Legendary New Wakefield Street venue Zombie Shack is keeping it Old Skool with a big fat disco so you can celebrate in style! Expect Northern Soul anthems with lots of Indie and Roses thrown in – as well as face masks and badges for the first fifty arrivals!

Chilled-out NQ bar The Night & Day are known for their quality music and they don’t disappoint when it comes to Stone Roses after parties! Get a waterfall of sound with their Electric Jug night on June 17th from 11pm – a combination of 1960s classics, rock ‘n’ roll, soul and psychedelia. You can listen to the bands who proved to be a big influence on The Stone Roses, including The Velvet Underground, Cream and David Bowie. A great musical journey, showing us what came before Madchester.

A tribute to all things Indie, focusing on the 80s, 90s and noughties – so expect some classic Manchester anthems! Your hosts for the evening will be the talented resident DJs Ted (Cloud Sounds) and Jonny (Only Jokin Records). Be there from 10pm onwards for an evening of Indie, Britpop and Grunge. Free entry before 11pm, and if you are lucky enough to have a Stone Roses ticket, you get free entry all evening!

FAC51 The Haçienda at Sankeys

It doesn’t get much more Madchester than the The Haçienda and Factory Records, the institutions which forged the city’s reputation as musically massive – paving the way for the success of groups like The Stone Roses.  Expect a brilliant after party, as DJs Graeme Park, Mike Pickering, Tod Terry, Marshall Jefferson and Jon Dasilva all bring their talent to the decks.

From four Madchester legends to another. Clint Boon of the Inspiral Carpets brings a Saturday night packed full of tracks to legendary basement club South. This man knows the top tunes and catchiest Manchester classics so expect a night with everything from rock’n’roll to lost Northern Soul!

Stone Roses After Show at Factory 251

Factory records’ infamous city centre offices now open as Factory 251,the ultimate nightclub where you can enjoy live bands, indie and dance across three massive floors every night of the Stone Roses gigs! Advance tickets are only £5  11pm-4am.